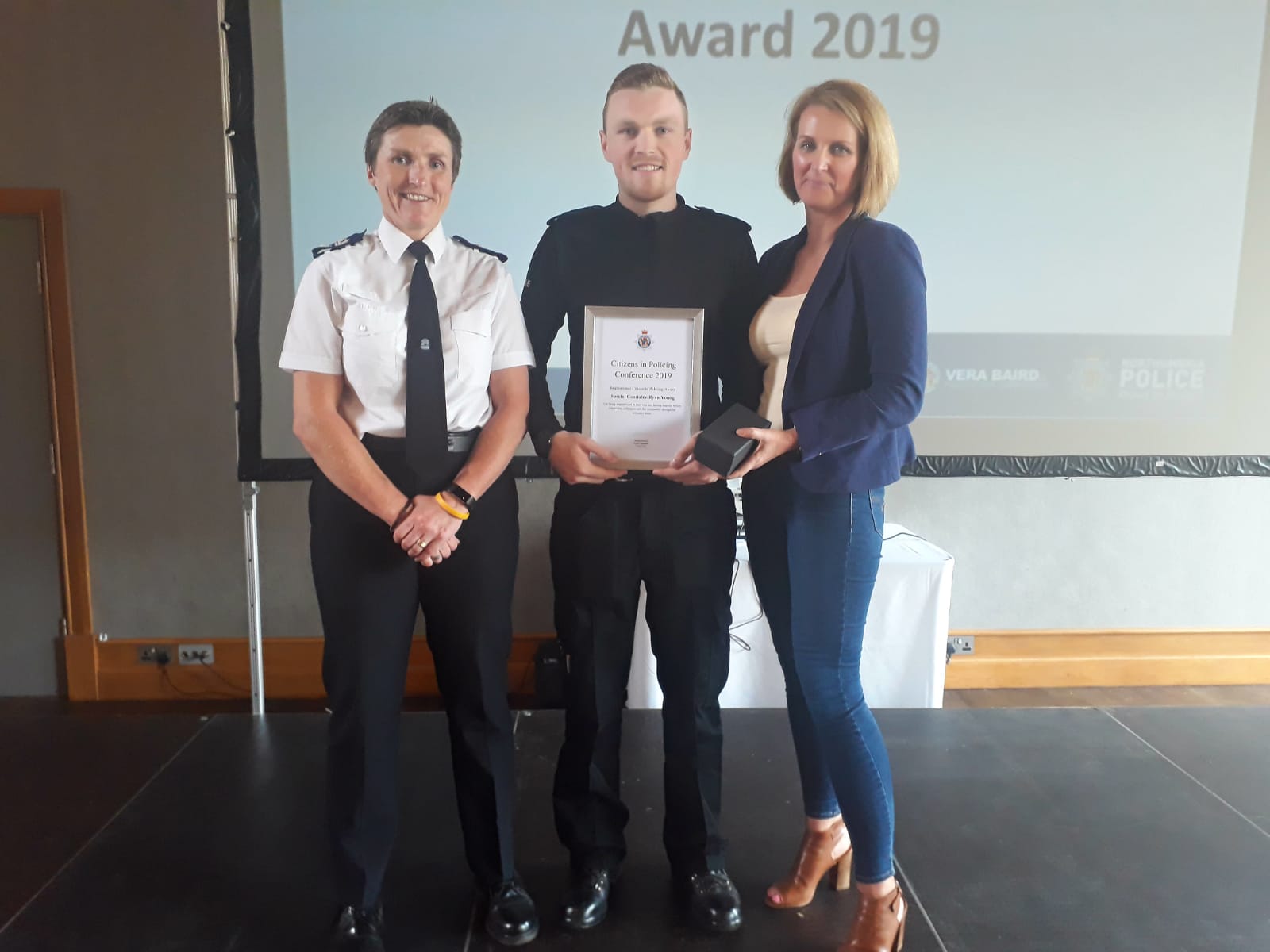 Volunteers representing all aspects of Northumbria Police gathered together at Alnwick Castle for the Force’s annual Volunteers’ Conference.

Usually home to witches and wizards however, our guests were no less magic as they celebrated the fantastic contribution and incredible actions of our volunteers.

The conference was held on June 8, and saw the Great Hall filled with Police Cadets, Mini Police, Special Constables, and our many Police Support Volunteers including Cyber Volunteers, Community Speed Watch and the Chaplaincy.

One of our awards is the Citizen in Policing award which is presented to volunteers who have demonstrated pride and dedication throughout their service. This year the award was given to two volunteers.

Donna Peacock, who volunteers as an appropriate adult, was nominated as the co-founder of the appropriate adult scheme. The scheme, which Donna dedicated hours of her own time to, has been a resounding success; helping to reduce the amount of time officers spend in custody and increasing the safeguarding principles of vulnerable adults.

Volunteer Police Cadet Emma Bell was also nominated for her ongoing commitment and enthusiasm in her role as a cadet.

Another of our awards is for the Inspirational Citizen award. This is presented to someone who has inspired others through their work and dedication as a volunteer.

The overall winner for this award was Ryan Young, one of the Force’s Special Constables. Ryan’s enthusiasm for his role recently saw him become the face of our Special Constable Recruitment campaign.

Chief Superintendent Sarah Pitt, Volunteer Lead for Northumbria Police, said: “It was wonderful to be able to celebrate the fantastic contribution that our volunteers make.

“So many of our volunteers go over and above, but the recipients of these awards this year exemplify what volunteering looks like at Northumbria Police and I am incredibly proud.”