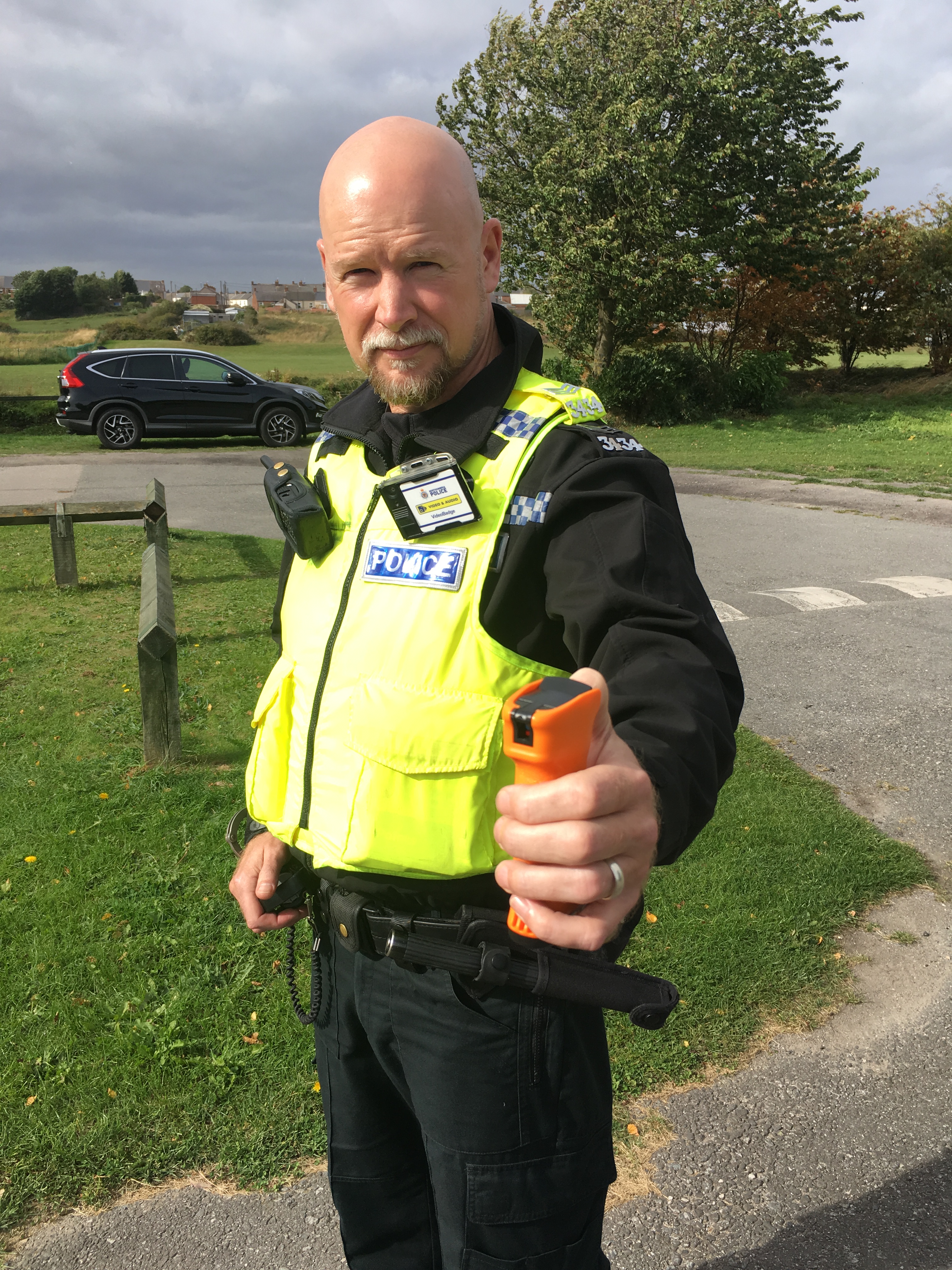 'Our message is getting out there': Motorbike-related disorder falls by up to 70% following DNA spray pilot in Sunderland & South Tyneside

The Selecta DNA spray, pilot which began in September 2018, has since been rolled out in Newcastle & has led to significant crime reductions

Arming police with an innovative DNA spray to tackle rogue motorbike riders has seen incidents plummet by up to 70 per cent.

The pilot, which was supported by Sunderland City Council and South Tyneside Council, followed concerns raised by local residents who could be made to feel intimidated or unsafe as a result of anti-social behaviour associated with off-road bikes.

The water-based tagging spray can mark equipment, clothing or skin with a uniquely-coded, invisible dye that provides forensic evidence to link individuals or items to a specific crime.

And police believe the region is starting to reap the rewards of the initiative, which has since been rolled out in other areas of the Force due to its success.

Since the launch of the pilot, officers have seen a 70 per cent reduction in reports of motorbike-related anti-social behaviour in South Shields.

Areas to the north of Sunderland including Roker, Seaburn and Fulwell have seen a dramatic 54 per cent reduction in reports since 2018.

Meanwhile, the overall number of reports across both Sunderland and South Tyneside has dropped by 38 per cent year-on-year.

Chief Inspector Sam Rennison, of Northumbria Police, believes the DNA spray is acting as a significant deterrent to riders.

“The figures are incredibly encouraging and it is no coincidence that we have seen a significant decrease in reports of motorbike-related anti-social behaviour across the board since the DNA spray pilot was introduced,” Chief Insp Rennison said.

“Quite simply, our message is getting out there. Those who ride around on bikes committing crime realise our officers are now carrying this equipment, which can be used as evidence to prove their guilt and bring offenders before the courts.

“The success of the pilot in Sunderland and South Tyneside has led to the DNA spray being also introduced in Newcastle, and we have already seen some successful deployments which have led to arrests.

“However, we won’t rest on our laurels. Every single day, we are actively looking to target those who ride around on motorbikes and involve themselves in anti-social behaviour.

"I would like to thank our partners at the two local authorities who are funding this initiative, and it is due to their support and by working closely with our local communities that we can continue to make our region a safe and pleasant place to live and work."

​Between January and June 2018, police received 749 reports of motorbike-related anti-social behaviour across Sunderland and South Tyneside.

But that has dropped to 463 during the corresponding period this year, since the DNA spray has been gradually introduced across the region.

Some of the most-hit areas that trialled the devices were West Shields and Riverside, which incorporates South Shields, and Sunderland North which includes the likes of Roker, Seaburn and Fulwell.

The former saw 190 incidents of motorbike-related anti-social behaviour reported to police during the first six months of 2018, but that figure dropped to just 57 in the same period this year with the DNA spray in full operation.

Meanwhile, in Sunderland North, the number of similar reports plummeted from 96 to 46.

Last month, the DNA spray was deployed for the first time in South Shields following a report of three riders on off-road motorbikes on Sea Road. Enquiries are ongoing to trace those involved.

In April, the spray was also deployed in Newcastle following a spate of reports of motorcycle disorder across Newburn and Lemington. Two teenagers were arrested and a stolen motorcycle recovered.

Anyone with any concerns regarding off-road motorbikes or anti-social behaviour are asked to contact police on 101 or speak to an officer on patrol.