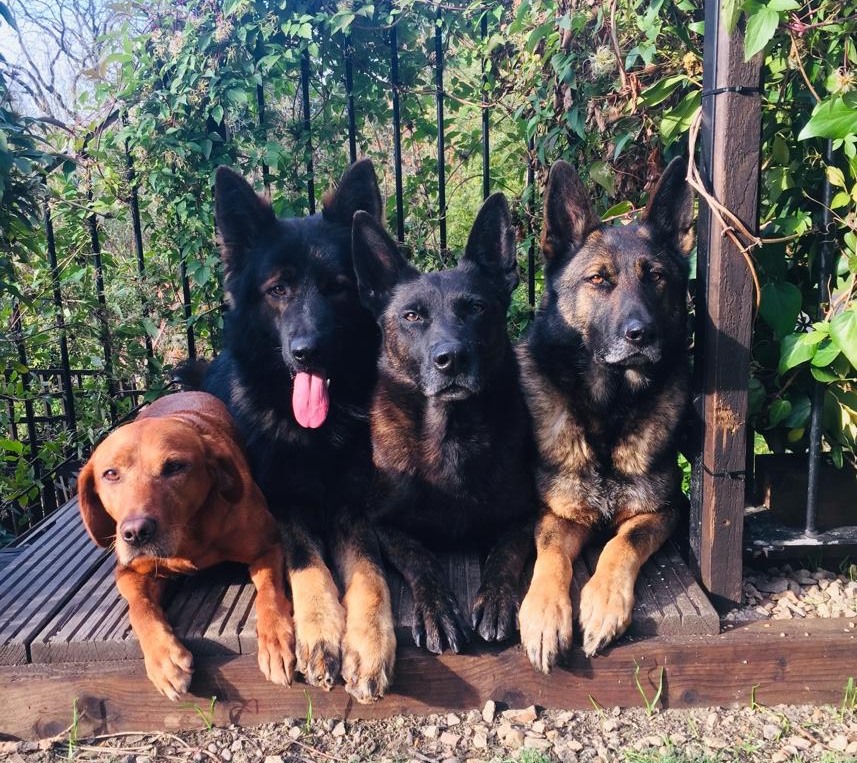 A police dog who went viral after balancing food on his nose is retiring from the Force after a decade of keeping the public safe.

PD Krush was an international star after a video of him balancing six Mini Cheddars on his nose was viewed by quarter-of-a-million people last November.

In the video, the Dutch Herder sits calmly as handler Wayne Thompson stacks the biscuits one-by-one.

Wayne then shouts “finish” at which point the dog flips the biscuits in the air and catches them in his mouth.

General purpose dog Krush has since repeated the trick with a sausage, three thick-cut chips and even a cup of tea!

But after turning 10-years-old earlier this year the decision has been made to retire Krush from Northumbria Police’s Dog Section.

This month he finally hung up his lead after catching burglars, finding missing people and protecting Wayne from harm.

Wayne, 50, said: “The balancing stuff just came about because he was with me in the hotel room and we had a bit of down time.

“Once the video went rival we had hotel staff and other handlers challenging us to do loads of things and we couldn’t believe how big it went.

“He’s always been a bit daft, on his first ever job we sent him off to get a burglar and he came back with the neighbours washing in his mouth.

“But there have been that many good jobs that it is hard to remember. He has definitely saved my bacon on a few occasions.

“He is my best mate, he is fun, he is easy going but he can switch it on for work. He is everything you could want in a police dog.

“I don’t think there will be another character like him again and he is going to enjoy life now, have some garden time and hone his balancing skills.”

Krush has been with Wayne since he was just eight-weeks-old and qualified as a General Purpose dog just before his first birthday.

His first arrest as a police dog saw him detain a disqualified driver who had tried to flee after abandoning his vehicle in Washington.

Other notable jobs include him uncovering a rifle buried in deep undergrowth and grabbing on to a burglars ankle as he attempted to leap over a fence.

Krush has also qualified as a highly-trained firearms dog in his time in the Force meaning he is sent into buildings ahead of officers when there could be a threat.

But in his spare time Krush has also been a busy boy and helped breed dozens of working dogs who have been sent all around the world.

Wayne said: “He has two sons who are working at Northumbria Police and Milo is a specialist firearms officer as well.

“There are dozens more who have all gone off as working dogs, whether that be in the emergency services, military or as private security dogs.

“One of his sons even went over to Bermuda as a private security dog so he has sons, daughters and grand-children working all over the world.

Krush will now live out his life at Wayne’s home in County Durham along with his other police dog, a specialist search Labrador called Carrie.

He will also share a home with trainee drugs dog Jensen and German Shepherds Jeff and Travis who failed to make the grade as police dogs.