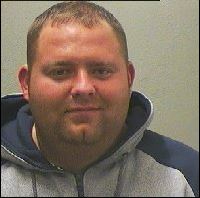 Tony Trott, who is serving a 26-year prison sentence, will be made to re-pay more money if any further assets become available.

The ringleader of a drugs gang that operated in Sunderland has been ordered to pay back the proceeds of his crime.

Tony Trott, 30, was jailed for 26 years in November 2018 after being found to have been involved in a conspiracy to supply cocaine across the North-East.

He was also found to have orchestrated an early-morning shooting at a family address in September 2016.

Police monitored Trott and his associates’ criminal activity for months and observed drug and cash handovers throughout 2016.

On Thursday (June 20), Trott appeared at Newcastle Crown Court after police launched an application under the Proceeds of Crime Act to seize any assets he may have.

A judge ordered Trott, of South Terrace, Sunderland, to pay back £9,410 after the money was seized by officers. The sum must be paid within 28 days, or the defendant will face further time behind bars.

Trott will be made to re-pay more money if any further assets become available.

Detective Inspector Sally Macdonald, of Northumbria Police, said: “Tony Trott was brought to justice for his crimes in November last year when he was handed a significant custodial sentence.

“However, it is important that the public realise criminals like him – who are involved in sophisticated drugs operations – do not benefit from the funds made during their crimes.

“A financial investigation can be regularly revisited if we think an offender has come into money again and not paid off the total amount of their benefit order, which in Trott's case, stands at £203,270. As a result, we will continue to assess this case and take further action if more assets become available.

"We are committed to protecting our communities and pursuing criminals as part of Operation Sentinel, which is our collaborative approach to tackling serious and organised crime.”

During a hearing at Teesside Crown Court last year, jurors heard six shots were fired through the window of a house on Craigshaw Square, Sunderland, in the early hours of September 12, 2016.

The early-morning shooting, which was orchestrated by Trott, was carried out in revenge for a burglary that had taken place in Hylton Road, Sunderland, a few hours before.

After being convicted by a jury in June 2018, Trott, James Ratcliff, 35, and Lee Barnett, 42, were jailed for more than 66 years combined for their part in the attack.

Trott, Ratcliff and another man, Philip Steabler, 41, were also convicted for conspiracy to supply cocaine across the North East.

Trott was jailed for 26 years with an extended four years on licence after possessing a firearm with intent to endanger life, possession of a prohibited weapon and conspiracy to supply cocaine.

Ratcliff, of no fixed abode, was jailed for 24 years plus an extended four years on licence after possessing a firearm with intent to endanger life, conspiracy to supply cocaine, and assault occasioning actual bodily harm.

Barnett, of Throston Grange, Hartlepool, was jailed for 16 years after being found guilty of conspiracy to possess a firearm with intent to endanger life and possession of a prohibited weapon.

Steabler, 41, of Thorndale Road, Sunderland, was jailed for 35 months after assisting an offender and being concerned in the supply of cocaine.