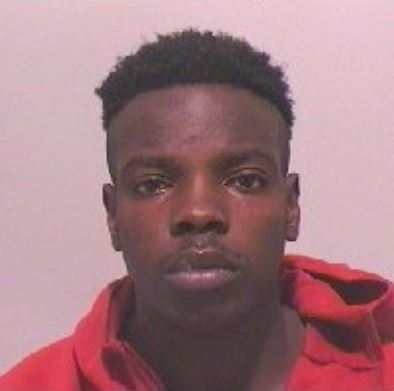 A robber who arranged to purchase a mobile phone before threatening the seller at knifepoint has been jailed.

Asapho Cbiatey, 19, used online marketplace Gumtree to contact his victim and arranged to buy an iPhone 7 from him for £350.

After meeting the seller at Pallion Metro Station on the morning of January 5, Cbiatey tricked the victim into walking with him to a nearby location so he could withdraw the funds.

However, he had no intention of paying the seller, and instead pulled out a knife before making off with the phone.

Cbiatey, of Penistone Road, Sunderland, pleaded not guilty to robbery and possession of a bladed article during a hearing at Newcastle Crown Court.

But following a trial, he was convicted of both offences and on Wednesday, May 29, was sentenced to four years and six months in a young offenders’ institute.

Detective Sergeant Craig Williams, of Northumbria Police, said: “Asapho Cbiatey is clearly a dangerous individual who used threats of violence to rob his victim of their property.

“His selfish actions on that morning were deliberate and sinister in nature. As a result, I hope this sentence sends out a strong message that this type of crime will not be tolerated.

“I would like to thank the victim in this case for his bravery and cooperation throughout, and I know this type of incident can cause a great deal of distress and anxiety to anyone faced with it.

“Our message is clear – if you ever think of carrying a knife, don’t. Officers have the power to stop and search individuals believed to be carrying knives or weapons and those caught will face prison.

“If any member of the public suspects somebody is carrying a weapon, please contact police and share that vital information so that we can act now.”

The court was told Cbiatey responded to an advert on Gumtree in which a seller had listed an iPhone for a sum of £350.

Four days later, after exchanging messages with the seller, Cbiatey agreed to meet him on the morning of January 5 at Pallion Metro Station.

But after luring the victim to Victory Street where he claimed he planned to withdraw cash, Cbiatey pulled out a knife and demanded the iPhone to be handed over.

Fearing for his life, the victim gave over the phone and later contacted police.

In an impact statement read out in court, the victim said: "I am not from the area and didn’t realise I was putting myself at risk by doing this.

"It’s terrible that something like this can happen to me simply by trying to sell my phone and go about my day to day life."

Upon arrest, Cbiatey refused to cooperate with police and pleaded not guilty to robbery and possession of a bladed article.

However, he was found guilty by a jury and was sentenced to four years and six months, which he will serve in a young offenders’ institute