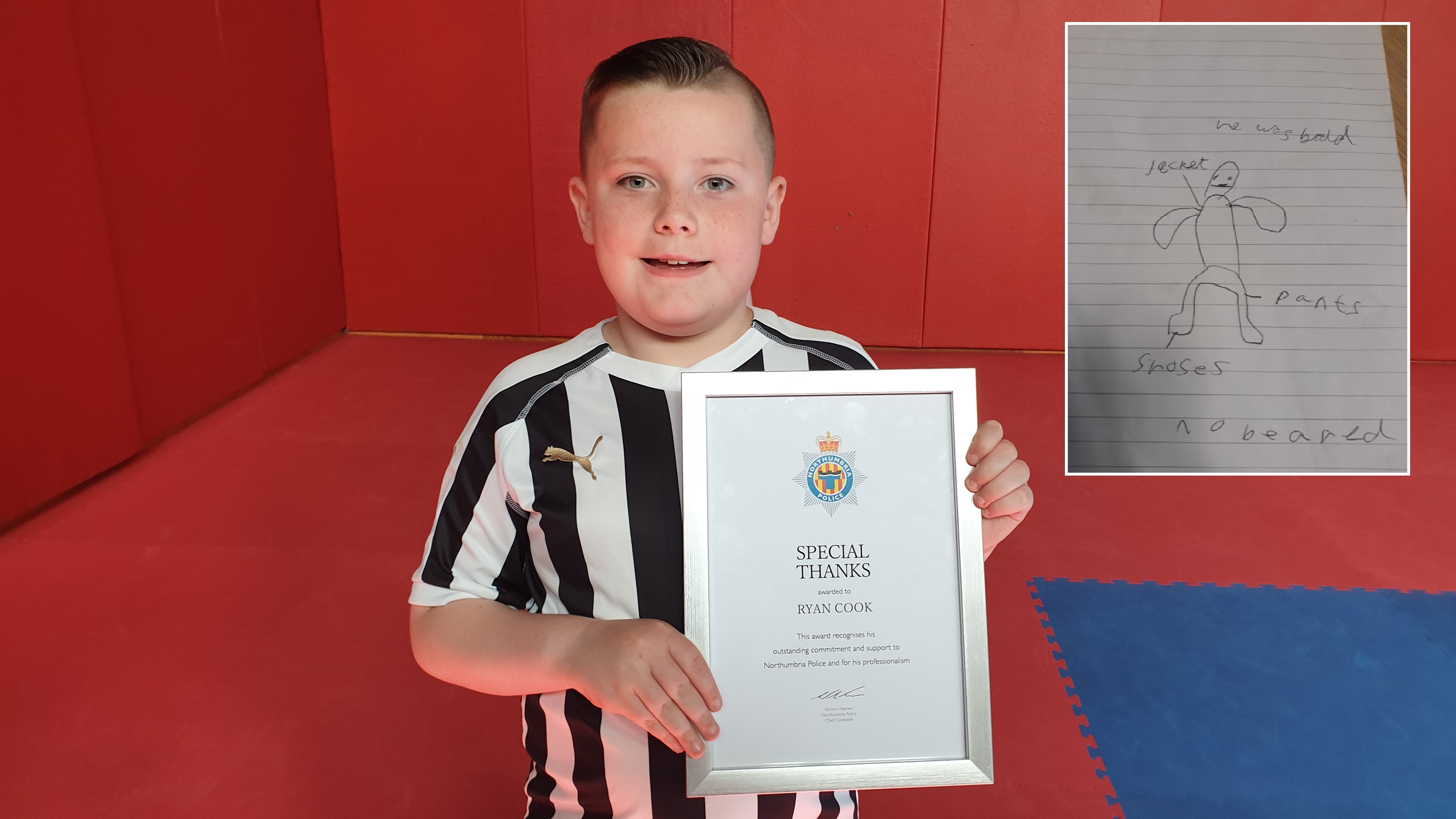 A ten-year-old schoolboy has been praised by police for reporting a stranger trying to get through the gates at his school – after he drew a picture that helped identify the ‘suspect’.

Ryan Cook was at school in Lemington last month when he was approached by a man he did not know who was trying to gain access through the school gates.

He told his parents what that the stranger had said to him and that he had been trying to get inside Lemington Riverside Primary School.

Ryan’s mum and dad immediately contacted police who asked the schoolboy to try to draw a picture to them in identifying the man.

Ryan put pen to paper and officers were able to speak to staff at the school who had already identified the man as an official visitor to the school as they had received similar reports from other children in the school yard.

Police and school staff were satisfied nobody else had tried to get onto the schools' grounds and the investigation was brought to a close.

Now the officer in charge of policing in Lemington has personally thanked Ryan - and given him a certificate signed by Northumbria Police’s Chief Constable.

Sergeant Ashley Palmer, of the Newcastle North Neighbourhood Policing Team, said: "It is an absolute pleasure to be able to present Ryan with a commendation for a fine piece of detective work last week.

"He did absolutely the right thing to report his concerns to his teachers and parents and he showed great maturity to pick up on what he considered to be suspicious behaviour.

"When his parents contacted the police our contact handler asked if he could draw a picture and he was more than happy to do anything possible to assist us.

"Our officers were deployed to the school and, thanks to the picture and the description he provided, the school were able to identify the man in question.

"He had been at the school on a pre-arranged visit but Ryan was not to know that and his picture was vital to us tracking that person down.

"I don't know whether he would consider a future career with the police but he certainly has a detective's brain. If he doesn't want to pull on the uniform then he could definitely find a job as a police sketch artist!"

Ryan was invited along to Etal Lane Police Station on Monday (June 10) to receive his commendation off Inspector Palmer and to be given a tour of the police station.

During this time he was able to sit in a police car, get himself locked in the back of a police van and meet some of the cuter members of the Force's Dog Section.

Ryan said: “I had a really good time and I think my teachers will be really proud of me for telling my mum and dad about what I had seen.

“I am happy that I was able to help the police and that it wasn’t anything bad in the end. I would definitely do the same again.

“It was really fun to meet the police dogs and have a look inside the police van. The officers were really nice and I was really happy about my certificate.”

The schoolboy’s dad Craig Johnson, 34, joined Ryan on the trip to Etal Lane and he said he was really proud of his son for speaking up.

He said: “We were obviously really concerned when Ryan told us about this man so we rang the police straight away as you can never be too careful.

“Fortunately it turned out to be a false alarm but it makes me really proud that Ryan would speak up about it and that his description helped identify the person he spoke to.

“It was really good of the police to invite him down to the station and present him with a certificate. They went the extra mile and I just want to say thank you.”

He said: "We are pleased that Ryan and a number of children quickly reported to staff that somebody they did not recognise was trying to access the school through an entrance that we don't usually use during the school day.

“Staff quickly investigated and established that the gentleman in question was a professional who had a pre-arranged meeting in school.

“It's pleasing that our safeguarding procedures work and our children are reporting any concerns to trusted adults."

Anyone who notices any suspicious activity in their neighbourhood is always encouraged to ring 101 or report it online at www.northumbria.police.uk.