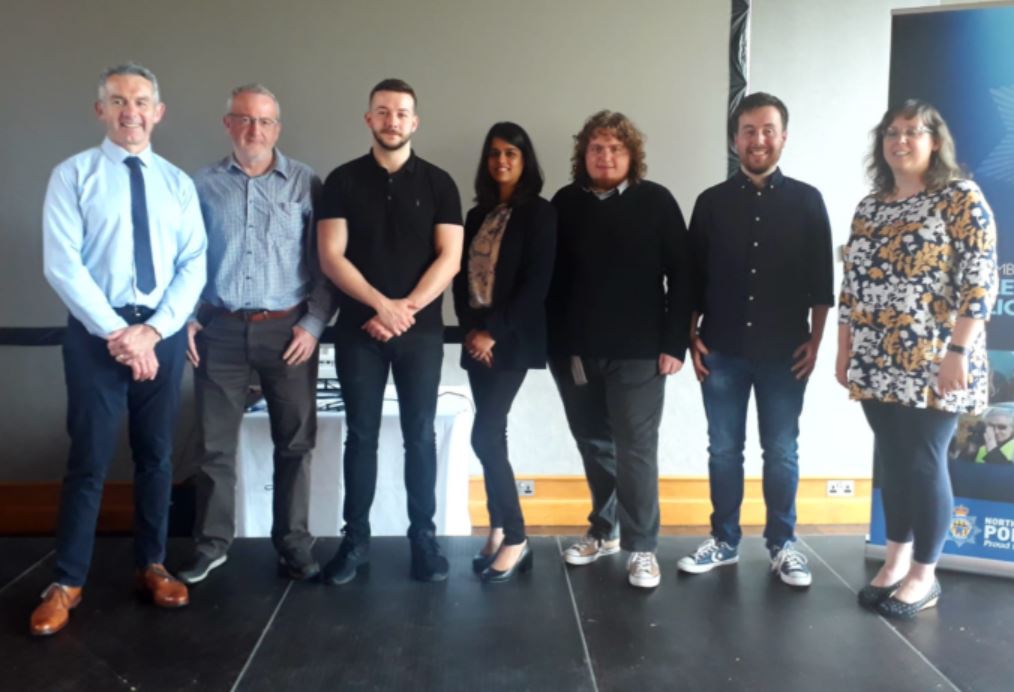 A team of advanced cyber professionals have been recruited by the Force as part of a new volunteer scheme to help tackle cybercrime.

The team, which is made up of recent graduates, professionals and retirees, were recruited by Northumbria Police following a rigorous testing process and will lend their expertise to the Force to help them in the fight against crime.

As well as sharing their knowledge with officers, they will lend a helping hand to some of the most complex investigations within the Force.

Former RAF radar technician Mick was intrigued after spotting the advert on the Northumbria Police website and found himself compelled to apply.

The 65-year-old, who first joined the RAF in 1971 and spent his 37-year career working with computers and IT systems, sailed through the tough interview process and situational testing before being offered a place on the expert cyber squad.

He said: “I retired at the age of 55 and have worked as a volunteer before, but not in this capacity.

“It’s nice because we are putting something back into society and we are able to use our skills for something which is beneficial to others. I don’t want to be retired and watching box sets at home, I want to be able to do something meaningful and give something back.

“What’s great is that we are people with knowledge and expertise in that area, as well as real-world experience of how the industry and these technologies work.

“We are a multi-disciplined team and we all have our different areas of expertise, for example, I know lots about phishing and methods of attack and can help businesses to see if their systems are vulnerable.

The volunteers typically give up their weekends and head to the Force’s cyber hub in Byker.

“What’s great is that we can give six hours uninterrupted without the phone ringing, without other jobs to pick up, that’s something a lot of officers can’t offer,” Mick added.

Specialist Cyber supervisor Detective Sergeant Peter Booth, who manages the volunteers, said: “We are very lucky to have recruited such expertise into the Force. We are very grateful to everyone who applied – we knew we needed a team with an advanced skillset and with high level computer skills and made sure those who got to interview stage were put through their paces.

“This is an exciting team to be a part of. Cybercrime is something which is constantly adapting and advancing and as a Force we need to make sure that we are always one step ahead of cyber criminals who try to target the vulnerable.”