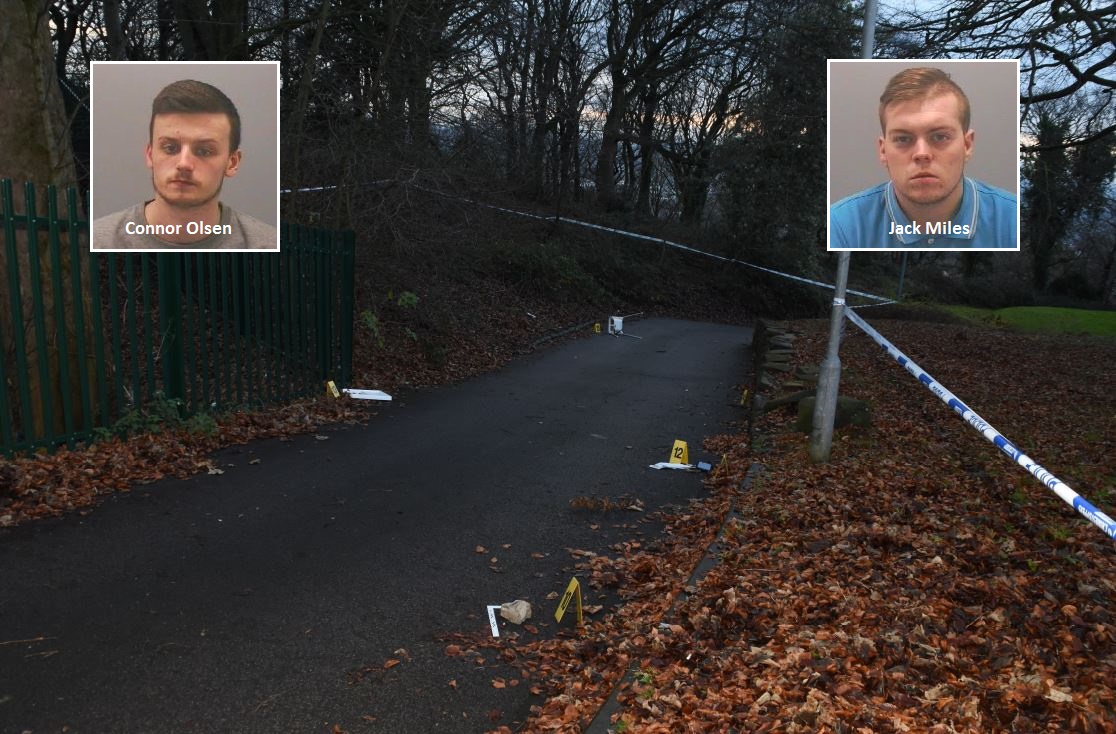 Two thugs are today behind bars after being convicted of leaving a man in a coma following a brutal Boxing Day assault.

Jack Miles and Connor Olsen initially denied the savage attack on Christopher MacGillivray last Christmas but were convicted by a jury on Tuesday.

A court heard how the defendants had been drinking together in Felling on the evening of Christmas Day and continued into the early hours.

Heavily intoxicated, Miles, 22, and Olsen, 21, left the address together just after 4am and went to meet a friend in nearby flats.

But their friend wasn't home and instead the men got into a drunken row with Mr MacGillivray, who was staying in the same building.

That row quickly turned violent and the men got into a physical altercation in which both Miles and Olsen armed themselves.

The 32-year-old victim armed himself with a mop but was quickly disarmed by the men, and then savagely beaten with a brick and a wooden pole.

Mr MacGillivray was left unconscious but before the men left the scene they took a video showing the victim lying in a pool of blood.

A passer-by found the victim after he had been left for dead by the men and an ambulance took him to hospital with a multitude of injuries.

He was in an induced coma for six weeks to be treated for a broken nose, fractured eye socket, fractured cheekbone, fractured jaw and a fractured skull.

Detectives in Northumbria Police's Central CID launched an investigation and both Miles and Olsen were arrested after being identified from CCTV.

They blamed each other for the attack and each pleaded not guilty to a charge of causing grievous bodily harm with intent.

However, their victim was at Newcastle Crown Court this week to see the men convicted by a jury. The judge remanded both men and told them they will be jailed for the attack.

Following the case, Detective Constable Steve Patterson has said he is "delighted" that the victim will receive justice for what he describes as a "brutal and cowardly attack".

He said: "I am delighted with the verdict of the jury. They saw through the lies of these two men and they are now behind bars.

"They did not know the victim in this case but got into a petty and drunken argument that almost cost this man his life.

"It was brutal and cowardly attack, but what is more is the pair then videoed him lying on the ground and left him to die alone in the freezing cold.

"They were previously of good character but they have now ruined their lives because they could not control their temper.

"However, there are no winners in this case. Mr MacGillivray will have to live with the effects of his injuries for the rest of his life and may never make a full recovery.

"I hope that he can at least take some comfort from knowing these men will now spend a significant amount of time behind bars."

They pleaded not guilty but were convicted by a jury following a seven-day trial at Newcastle Crown Court on Tuesday.

Both men were remanded in custody and will appear before the same court for sentencing on August 19.