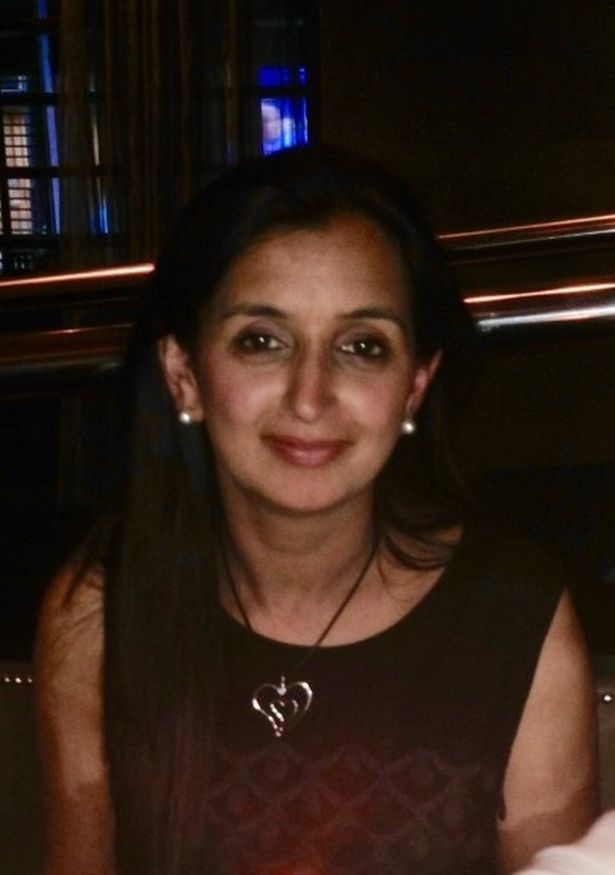 An uninsured driver who killed a popular chip shop owner as she took a stroll with her family has today been jailed.

Ionut Mihai, 22, has been sentenced to more than five years behind bars after the collision that took the life of Ranjit Grewal.

It happened in April last year when Romanian-born Mihai was driving on Hunters Road in the Spital Tongues area of Newcastle.

He was carrying two passengers in his silver Seat Toledo and travelling at nearly 50mph at the time of the collision on the 30mph Hunters Road.

A court heard how Mihai had been driving in a responsible manner before he hit the accelerator and attempted two consecutive overtakes.

During the second overtake he collided with a Ford Fiesta at the junction of Fountain Road and lost control of the vehicle.

Chip shop owners Ranjit, 49, and Jatinder Grewal, 51, had been walking on the path with Jatinder's sister and they were all hit by the out-of-control car.

Mother-of-three Ranjit suffered the worst injuries and was rushed to hospital in a critical condition. She sadly later died in hospital.

Mr Grewal and his 50-year-old sister Jaswinder suffered serious injuries and have since undergone significant hospital treatment as a result of the collision.

Mihai, of Claremount South Avenue, Gateshead, pleaded guilty in April and today (Fri) he was jailed for five years and three months by a judge at Newcastle Crown Court.

Following the case, the senior investigating officer said Mihai had been remorseful but would now pay for “15 seconds of madness”.

Sergeant Craig Bartle, of Northumbria Police's Motor Patrols Department, said: “Ranjit was a popular figure who was loved by many and her death had a huge impact on her local community.

“She went out on a stroll with her family but never made it home and the person responsible for that was stood in the dock today.

“The defendant was uninsured but the majority of his driving that evening appeared to be quite responsible.

“He has then had 15 seconds of madness where he has hit the accelerator and attempted two dangerous, high-speed overtake manoeuvres.

“Mihai has lost control of the vehicle and hit Ranjit and her family but unlike his victim he was able to walk away without any serious injuries.

“The devastation he has caused cannot be put into words. He has robbed a community of a fantastic woman but also robbed a family of a loving wife and mother.

“When drivers get behind the wheel they need to be aware of the damage they can cause if they do not behave in a responsible manner.

“Our roads can be unpredictable and we must always treat them with care. This case shows that even a split second of poor driving can cause devastation to strike.

“He has shown remorse but will now pay for his mistake with a spell behind bars. However, he will have to live with the damage he has caused for the rest of his life.

“I want to praise Ranjit’s family for showing incredible bravery ever since the day of the collision and, although nothing will bring her back, I hope this sentence can bring them some justice.”

Ranjit, who was also known as Rani, had run Bunty's Chip Shop on the Newbiggin Hall estate for more than 20 years prior to her death.

Her husband Jatinder says he now must run the business alone and told the court that the stress of losing his wife has made him consider walking away from the business.

The father-of-three said he is still receiving treatment for his injuries and does not think his health ‘will ever be the same as it was’.

Jatinder said: “On that day my world was turned upside down, what was supposed to be a short walk on a pleasant spring evening turned out altering the course of my life.

“Ranjit and I always worked as a team and I feel like I have lost the biggest part of my life.

“I have three children and obviously the loss of their mother has affected them massively. Not only are have we been left grief stricken but our wider family has been left devastated.

“I hope that the driver of the car that killed Ranjit fully understands the total devastation he has caused to our family.

“For a period of bad driving he has caused the unnecessary death of my wife who was doing nothing more than enjoying an evening walk.

“As the driver of a car you are not just responsible for yourself but also for everyone else using the roads.

“This driver has shown a total disregard for anything else by his manner of driving that night.”

As well as the custodial sentence, Mihai was also handed a three-year driving ban by the judge that will begin upon his release from prison.