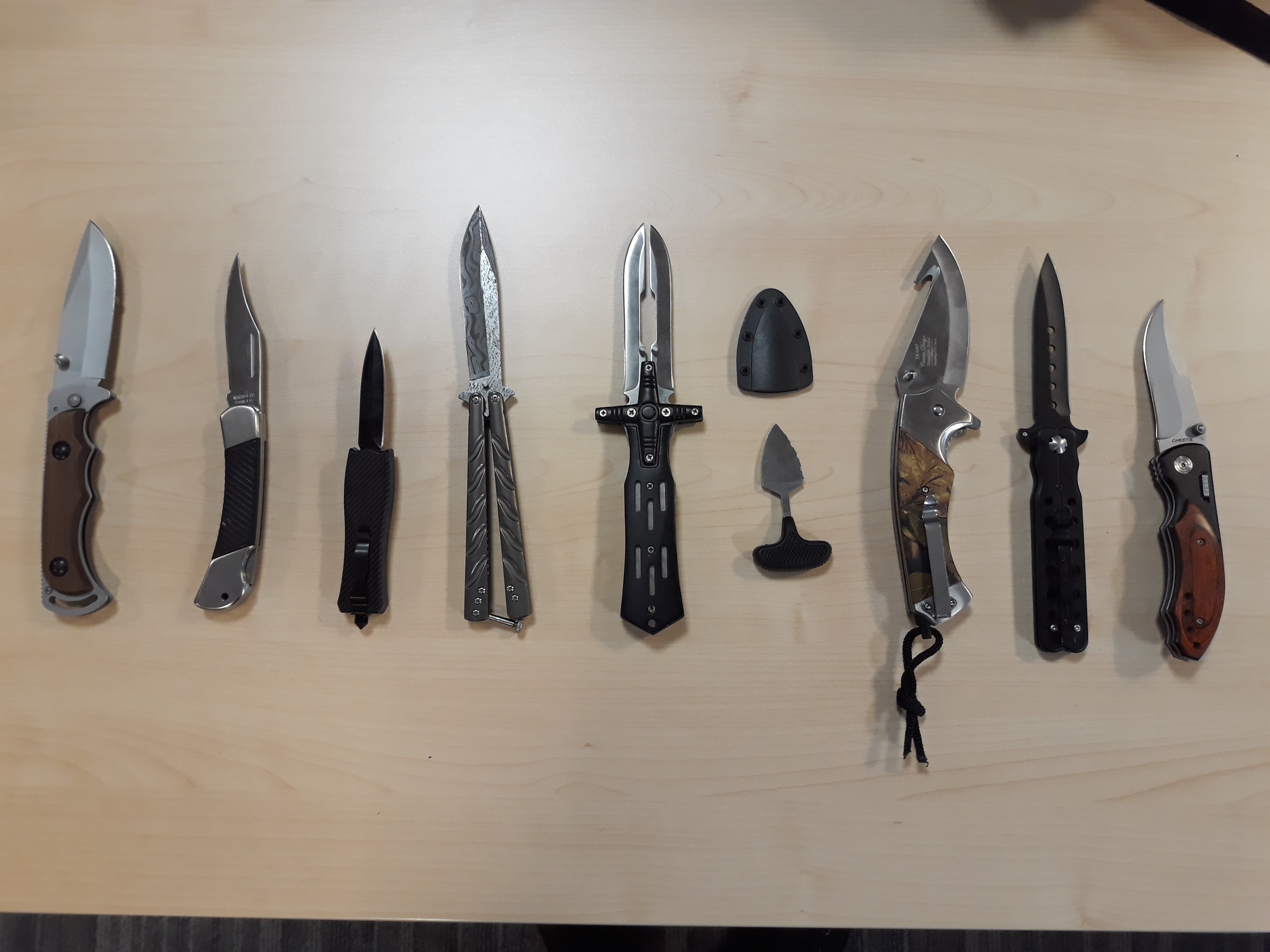 Officers from the North East Regional Specialist Operations Unit (NERSOU) have issued a warning to anyone buying and selling knives online, as they launch a crackdown on the distribution of prohibited weapons.

As part of the clampdown, NERSOU, which is made up of officers from the three police forces of Northumbria, Durham and Cleveland, has been carrying out disruption activity to seize weapons illegally bought online.

Working in conjunction with the Border Force Agency, parcels being delivered into the UK are being intercepted and seized from depots.

Earlier this month, officers intercepted a package containing a knife which a 35-year-old male living in Berwick had ordered from China.  A subsequent visit to his home led officers to a haul of other knives which were then seized.

A representative from NERSOU’s Disruption Team said: “By working with our partners we can ensure a joined up approach to making sure that prohibited weapons are prevented from reaching our communities.

“Please do not be naïve and think that because something is for sale online, that it is legal to have. Having a weapon in your possession is a very serious offence, one that police and the justice system will not take lightly.

“If you know someone who is carrying a knife or other prohibited weapon in public, we would encourage you to report your concerns to the police or Crimestoppers and your information will be acted on.”

The repercussions of buying prohibited weapons online could range from advice to prosecution and potentially imprisonment.

Carrying a knife or a bladed article is not only illegal but dangerous. If caught with a knife in a public space you could also face a prison sentence of up to five years or more.