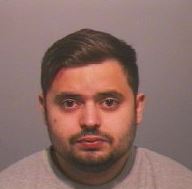 Iulian Vasile, 28, was driving recklessly on December 12 2017, when he lost control and collided with a wall outside a home on Bentinck Road, Newcastle.

The car mounted the pavement and took down a telegraph pole before colliding with Sylvia Mallaby, who was walking down the street.

The 60-year-old was taken to hospital with catastrophic injuries that sadly proved to be fatal.

Vasile then proceeded to flee the scene of the collision, only to return later to try and claim someone else was driving his car after taking it for a test drive before buying it.

Officers launched an investigation and quickly uncovered Vasile’s web of lies and arrested him the same day on suspicion of causing death by dangerous driving.

Vasile, of Dilston Road in Newcastle, pleaded guilty in February this year and was yesterday (March 20), sentenced at Newcastle Crown Court to six years imprisonment and has been disqualified from driving for eight years.

Sergeant Phil Emmerson, Of Northumbria Police’s Motor Patrols, said: “This has been a yearlong investigation, where myself and other officers have worked tirelessly to ensure Vasile paid the price for his actions.

“This is a devastating case which shows what can happen when people take for granted the damage a vehicle can do.

"Tragically Sylvia has lost her life, this sentencing doesn’t change that, but hopefully it will bring some closure to her family during what continues to be a difficult time for them.”