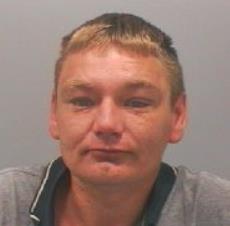 Addison was arrested by officers following a report of assault at a shop in Hexham where he had attempted to buy cigarettes at the shop but didn’t have the money to pay for them.

Staff asked him to leave and as a result Addison attempted to flee the store with some cans of alcohol which he hadn’t paid for.

The staff tried to stop him which resulted in Addison assaulting one of the staff members.

Officers were deployed and managed to track Addison down. He then became aggressive upon arrest and threatened officers with a pair of pliers before kicking and punching the officers.

As a result he was tasered by officers but still continued to spit at them and act in an aggressive manner.

Addison, of St Helens Gate in Hexham, pleaded guilty to robbery, battery and assaulting a police officer and last week he was jailed for three years.

Superintendent Andy Huddleston, of Northumbria Police, slammed Addison’s actions and welcomed the lengthy sentence handed to him by a judge.

He said: “This has been an awful incident which has understandably been very traumatic for those who work in the newsagents and for those he has assaulted, including one of our police officers.

"Our officers come to work knowing there is an element of danger and risk but this mindless assault on an officer is wholly unacceptable and this man needs to learn from his actions.

"He is now behind bars and I hope it gives some reassurance to the community and those affected by this man that we will take action to keep our communities safe."