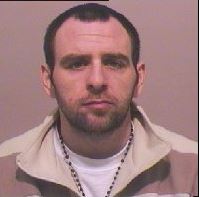 A prolific burglar entered a ransacked building wanting to “make a citizen’s arrest” of the real raider – before eyeing a quick win himself.

Damian Foster, 29, was caught with a torch in his mouth and wearing rubber gloves when officers arrived at the Dairy Lane dental practice, Houghton-le-Spring, in the early hours of October 2, 2017.

The defendant bizarrely filmed himself entering the premises and repeatedly shouted “citizen’s arrest”, but insisted he entered the building to “do a good thing” rather than raid it.

However, Foster, admitted burglary on the basis that although the building had already been searched by other criminals, he would have stolen anything he found that was of value.

At Newcastle Crown Court on Tuesday (March 26), Foster pleaded guilty to two counts of burglary – one relating to the dental practice and another after he broke into the cellar of a Sunderland pub while on bail for the initial offence.

On December 27 last year, Foster was found inside the cellar of the Isis pub – claiming he was homeless and had gone into the premises to sleep.

Officers found more than £6,000 in cash, which had been moved from two safes, scattered on the floor and pushed through gaps of a boarded-up exit.

Detective Constable Dave King, of Northumbria Police, said: “Damian Foster is a serial  offender who has now been convicted of his crimes.

“With regards to the surgery, he may have not been the only person who entered illegally that night, but he accepted he would have stolen anything of value had he found it.

“He was found by officers wearing rubber gloves because he was fearful of his fingerprints being found at the scene.

“While on bail for that crime, Foster also raided the cellar of a Sunderland city centre pub and more than £6,000 was found strewn on the floor. He may not have got away with any money, but that does not take anything away from the seriousness of the offence.

“Burglary is an incredibly serious crime that can have a long-lasting and profound impact on residents and businesses. As a result, we make no apology for our robust response and determination to bring offenders to justice.”

Foster was sentenced to 16 months in prison, suspended for two years.