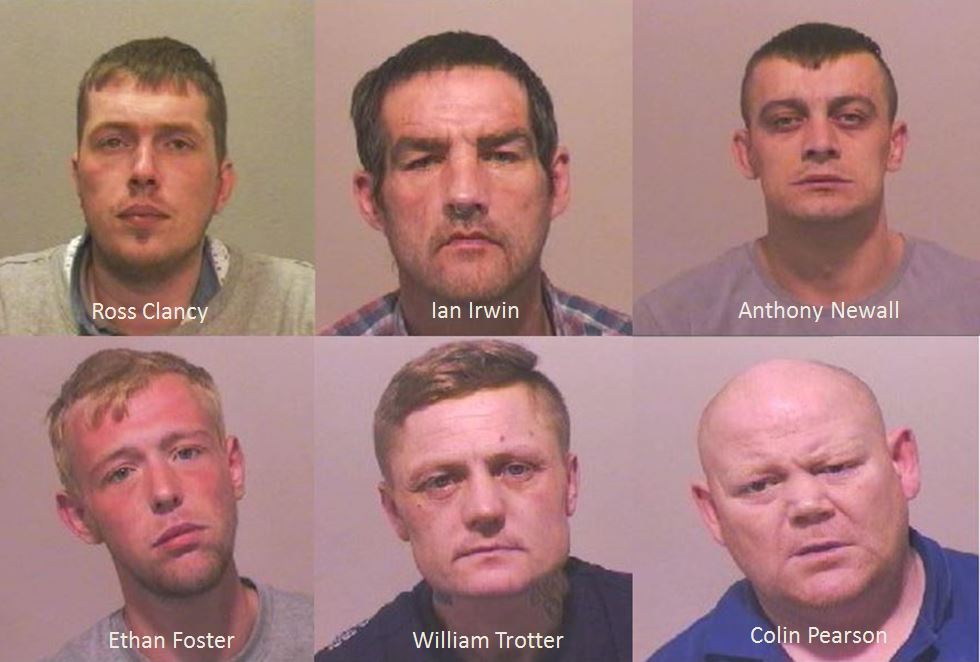 Burglars have racked up more than 35 years of jail-time in the last six months as detectives in Sunderland and South Tyneside continue to bring offenders to justice.

The Southern burglary team, based at Southwick Police Station, have enjoyed a productive period with a number of high-profile offenders put behind bars.

The team, led by Detective Sergeant Steve Wallace, review every reported burglary in the area and then have the important task of identifying offenders and putting the thieves before the courts.

Since September 2018, burglars have been locked up for a combined jail-term of more than 425 months, which equates to 35-and-a-half years behind bars.

“Burglary is an appalling, intrusive crime that can have a lasting effect on victims and their families,” Det Sgt Wallace said.

“Home is supposed to be your safe haven, so to have somebody break in and steal your belongings can be incredibly hard to recover from – both financially and psychologically.

“As a result, we make no apology for our robust approach towards burglars.

“It’s a real team effort. Our detectives have a list of prolific criminals who we regularly monitor, but we also tap into the local knowledge of our neighbourhood teams to identify potential suspects and investigate crimes.

“The headline figure of 35 years since September 2018 this year is testament to the hard work and determination of the team to protect the communities we serve.”

Among the notable convictions were Ross Clancy, 32, of Warwick Avenue, Sunderland, who was jailed for eight years and ten months in October last year after he smashed his way into a pensioner’s home in Boldon Colliery.

He admitted burglary and unlawful wounding in relation to the incident, as well as other charges including robbery, attempted theft, theft and two further counts of burglary.

Ian Irwin, 48, of no fixed abode, was jailed for more than three years at Newcastle Crown Court on February 22 after admitting burgling a flat on West Sunniside, Sunderland, in September last year.

Detectives also snared Anthony Newall, 30, who stole £2,000 worth of power tools from a home on Wheler Street, Houghton-le-Spring, in September last year. Newall, of Sunderland Street, Houghton, admitted one count of burglary and was jailed for two-and-a-half years on February 6.

Ethan Foster, 21, of no fixed abode, was sentenced to 14 months imprisonment on February 15 after a property on Hargill Drive, Washington, last summer.

Two more burglars – Colin Pearson, 38, and William Trotter, 37, also face jail when they are due to be sentenced later this month.

Pearson, of Hudson Road, Sunderland, admitted burgling a hair salon on December 23 last year, while Trotter, of East Vines, Sunderland, has admitted three counts of burglary – one relating to the salon and two further offences which he committed on Christmas Day.