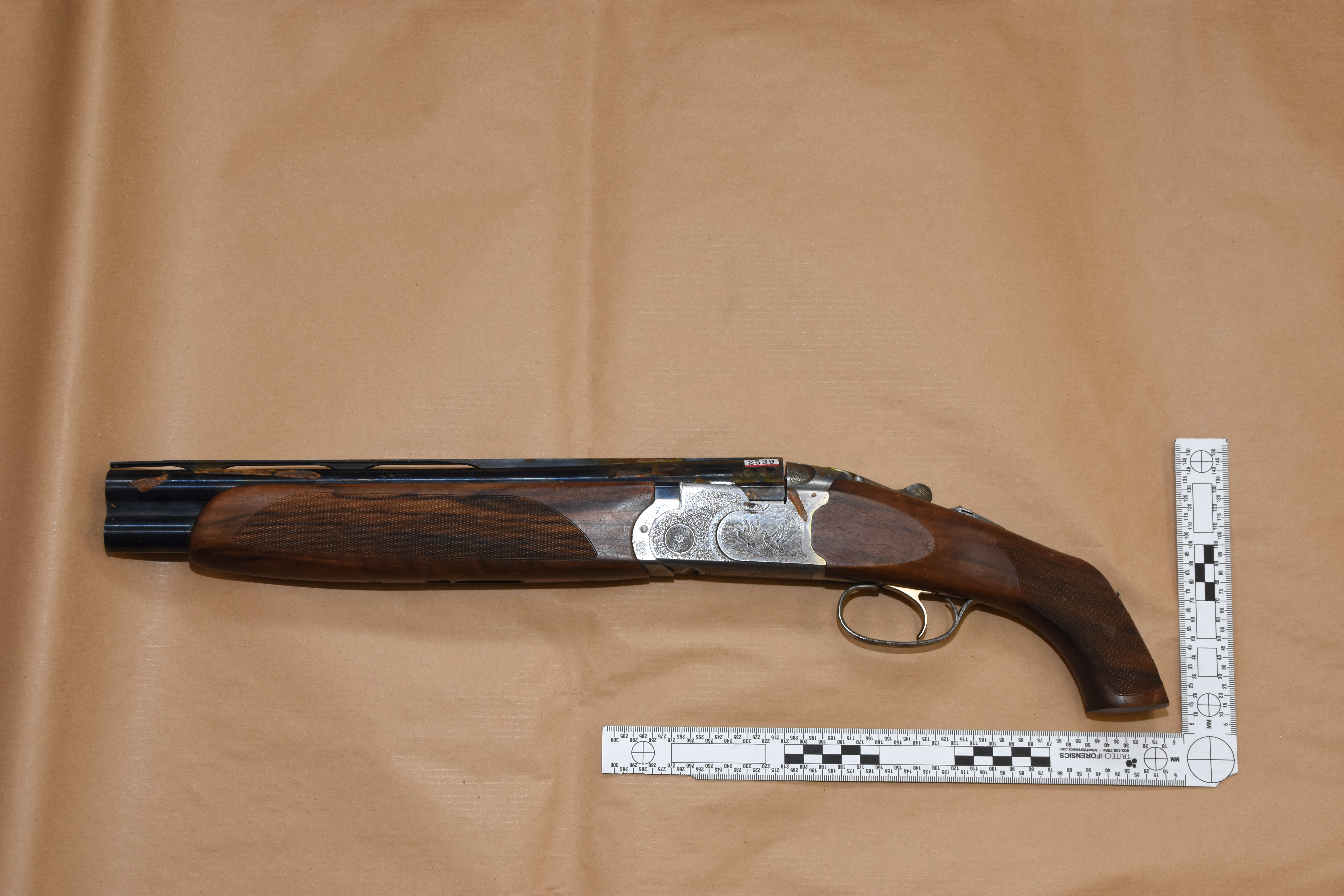 Four men have been jailed for possessing a sawn-off shotgun - after detectives found the weapon and swapped it for a fake gun.

The gang have been convicted after an 12-month investigation by Northumbria Police into an ongoing feud between two rival gangs in the city.

It was launched after police received reports of violent incidents including a burglary and vandalism.

The incidents came to a head in January 2018 when shots were fired at three houses in Benwell, Cowgate and Brunswick. A petrol bomb was also thrown towards the house in Cowgate.

Officers made a key breakthrough when they uncovered a sawn-off shotgun wrapped in a bag and hidden in shrubbery near to Tebay Drive in Denton Burn.

Rather than seize the weapon, officers swapped it for a fake gun and covered it in a smart spray that would then transfer onto those who collected it.

Officers then carried out covert surveillance on the weapon and observed Steven Melvin, 34, turn up four days later to collect the package.

He was observed meeting with brothers Paul Scott and Steven Scott who then transferred the weapon to a van before later moving it to the home of a fourth man, Keith Ridley.

It was then that police swooped and all four men were arrested on suspicion of firearms offences linked to the sawn-off shotgun.

They were later charged by police and all four men admitted.

The men were jailed for a total of 23 years and two months by a judge at Newcastle Crown Court in November 2018 but a legal ruling means the sentences can only now be revealed.

He said: "This is a fantastic result that has only come about thanks to a huge amount of work by a dedicated team of detectives, uniformed officers and police staff.

"It has been a complicated case where we have been dealing with some experienced criminals but ultimately they were undone by excellent policing.

"Our detectives have spent hours watching CCTV, they have spoken to hundreds of witnesses and knocked on hundreds of doors.

"They have done an incredible job to gather the evidence needed to put this case before the court and secure the convictions.

"Ultimately, the key piece of evidence in this case was the sawn-off shotgun recovered in Denton Burn and that would not have been possible if it was not for the tenacity of our detectives.

"We will continue to work hard to put dangerous criminals behind bars but if you know anyone who may be in possession of a firearm then please call police."

Steven Melvin, 34, of Greenhills, Killingworth, was jailed for seven years and two months after admitting conspiracy to possess a firearm with intent to cause fear of violence.

Paul Scott, 31, of Whitbeck Road, Newcastle, was jailed for eight years and one month after admitting conspiracy to possess a firearm with intent to cause fear of violence.

Steven Scott, 34, of Bedburn Road, Newbiggin Hall, was jailed for seven years and two months after admitting conspiracy to possess a firearm with intent to cause fear of violence.

Keith Ridley, 39, of St Marks Court, Westerhope, admitted a lesser charge of possession of an imitation firearm, relating to the dummy weapon planted by police. He was jailed for nine months.

A judge had placed reporting restrictions on the hearing so it did not prejudice the case involving members of a rival gang.

That rival gang were convicted at Newcastle Crown Court today (Tuesday) meaning the details of the case have been made public for the first time.