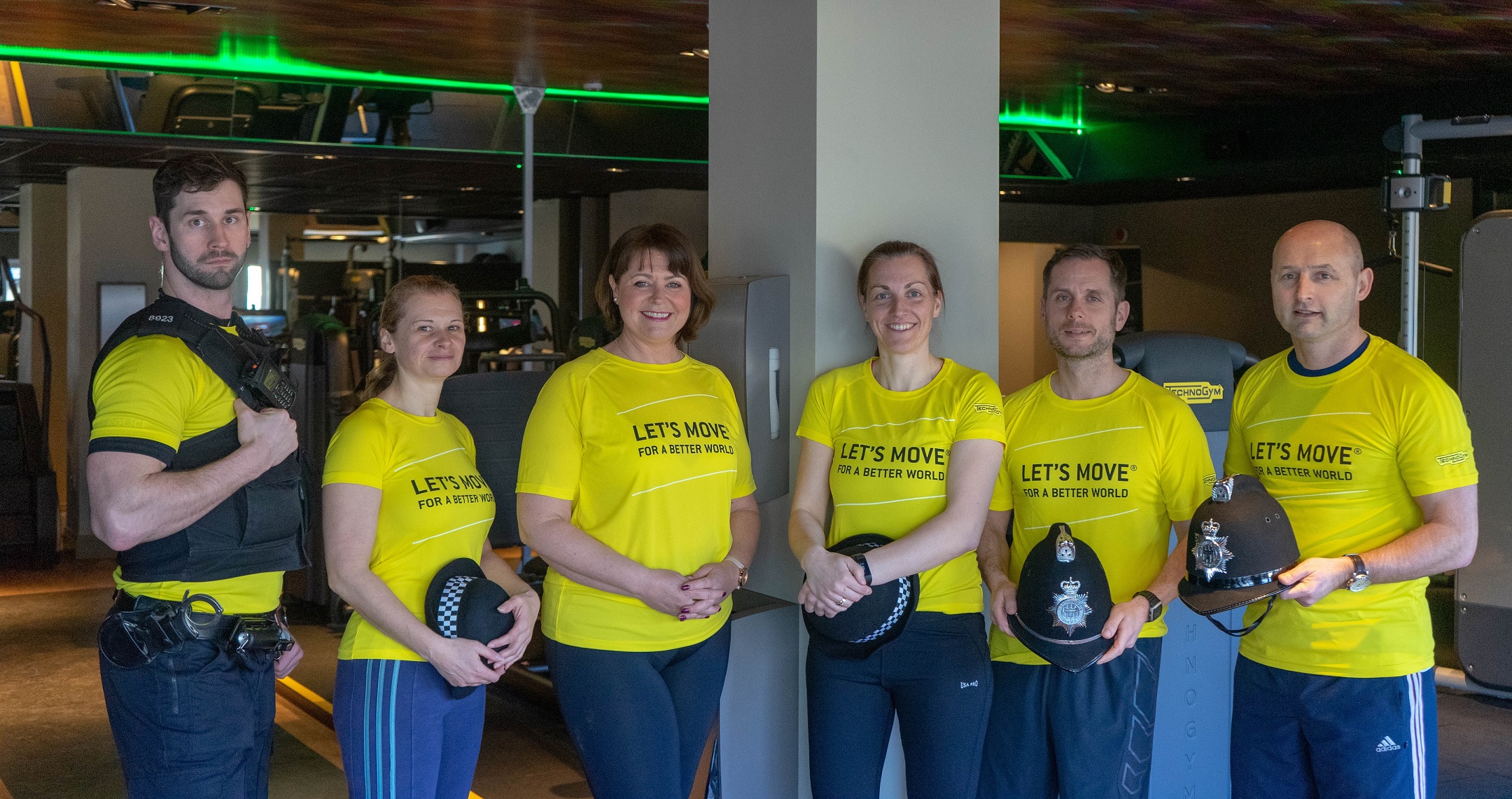 Community comes together at Matfen Hall for feelgood fitness challenge

Following a major £200,000 refurbishment, the new Aqua Vitae gym at Matfen Hall Hotel will be a hive of activity this March as members, guests and local community groups pool their exercise efforts to take part in a global fitness campaign.

The Let’s Move for a Better World initiative is an international challenge encouraging people to donate their physical activity for a common good in their local community.

Spearheaded by premier fitness brand, Technogym, the initiative - which kicked off on March 11 and runs to March 30, 2019 - has been designed to inspire health club members, their friends, family and fellow citizens to get moving and compete in a nationwide challenge.

With a prize of £10,000 worth of gym equipment for Queen Elizabeth High School (QEHS) in nearby Hexham to play for, the staff at the award-winning Northumberland hotel are doing everything they can to ensure they hit their target.

Carole Crowe, manager of Matfen’s Aqua Vitae health club, said, “The campaign has been a brilliant way to put our brand new gym through its paces while offering the chance to bring the community together.

“We’ve been delighted with the response and are determined to clock up enough activity to secure this amazing gym equipment for QEHS.”

Soldiers from neighbouring Albemarle Barracks, Northumbria police officers, members of nearby sporting clubs and school children from QEHS itself will all be working up a sweat for the challenge, which allows participants to generate activity both in and out of the gym by logging their moves via an App on their smartphone.

For hundreds of soldiers from the 3rd Regiment Royal Horse Artillery, this will mean gym sessions at Matfen, as well as six to 10 mile runs around the surrounding countryside.

Regimental Sergeant Major John Bulmer, said, “We’ve got a great relationship with Matfen and are really pleased to be involved in helping to hit the target. We wanted to get the whole regiment involved and there has been a terrific response.

“It makes a change, being able to train somewhere new, and Matfen has some fantastic gym equipment which everyone is looking forward to getting to grips with.”

Katie Benson is a Neighbourhood Sergeant with Northumbria Police and also counts herself as a former pupil of QEHS. She is co-ordinating a team of around 20 officers who will be taking part.

Kate said, “A lot of the team live in Northumberland as well as working there and so many of us have links with the QEHS community. It didn’t take any persuading for us to get involved in something which could offer such a long-term benefit.

“The force is very much involved in promoting wellbeing and good mental health and this definitely falls in line with those ideas. This is a terrific community-focused campaign and we’re delighted to be involved.”

Geoff Higgins is the lead coach of QEHS School Rowing Club and will be bringing a minibus full of young rowers between the ages of 13 and 19 to Matfen at regular intervals during the campaign.

He said, “We thought it was a great thing to get involved with - and when we put it to our young members, they agreed. They’re really looking forward to getting started.

“It will make a change from our usual indoor training - and also means they’ll be contributing towards the target which will hopefully result in their school getting some wonderful new equipment.”

All groups will be making use of Matfen’s new gym, which reopened just in time for the Let’s Move for a Better World campaign following a major makeover as well as a lock stock replacement of its equipment.

BBC Look North's Carol Malia, who is a longtime member at Matfen, officially opened the gym and took time out to contribute some moves to the campaign, alongside a police officer from Northumbria Police.

Continuing its partnership with Technogym, which has been an official supplier to the Olympics and Paralympics over the past 20 years, the latest cardio, resistance and functional training equipment from its Skills and Excite ranges has been installed, powered by the brand’s MyWellness software.

The new equipment, together with the addition of the MyWellness technology offers members and guests unrivalled opportunities to exercise, track their progress and improve their fitness in top-of-the-range fashion.

Carole Crowe, said, “The Let’s Move campaign is a brilliant way to introduce our new gym to members, guests and visitors and inject an extra purpose into their workouts!

“And the chance to win such amazing equipment for QEHS offers a real incentive to literally go that extra mile.”

Carol Malia added, “I’m delighted to support the Let’s Move campaign. We all need extra motivation to get fit and stay fit and why better way than knowing all your efforts count towards such a good cause.”