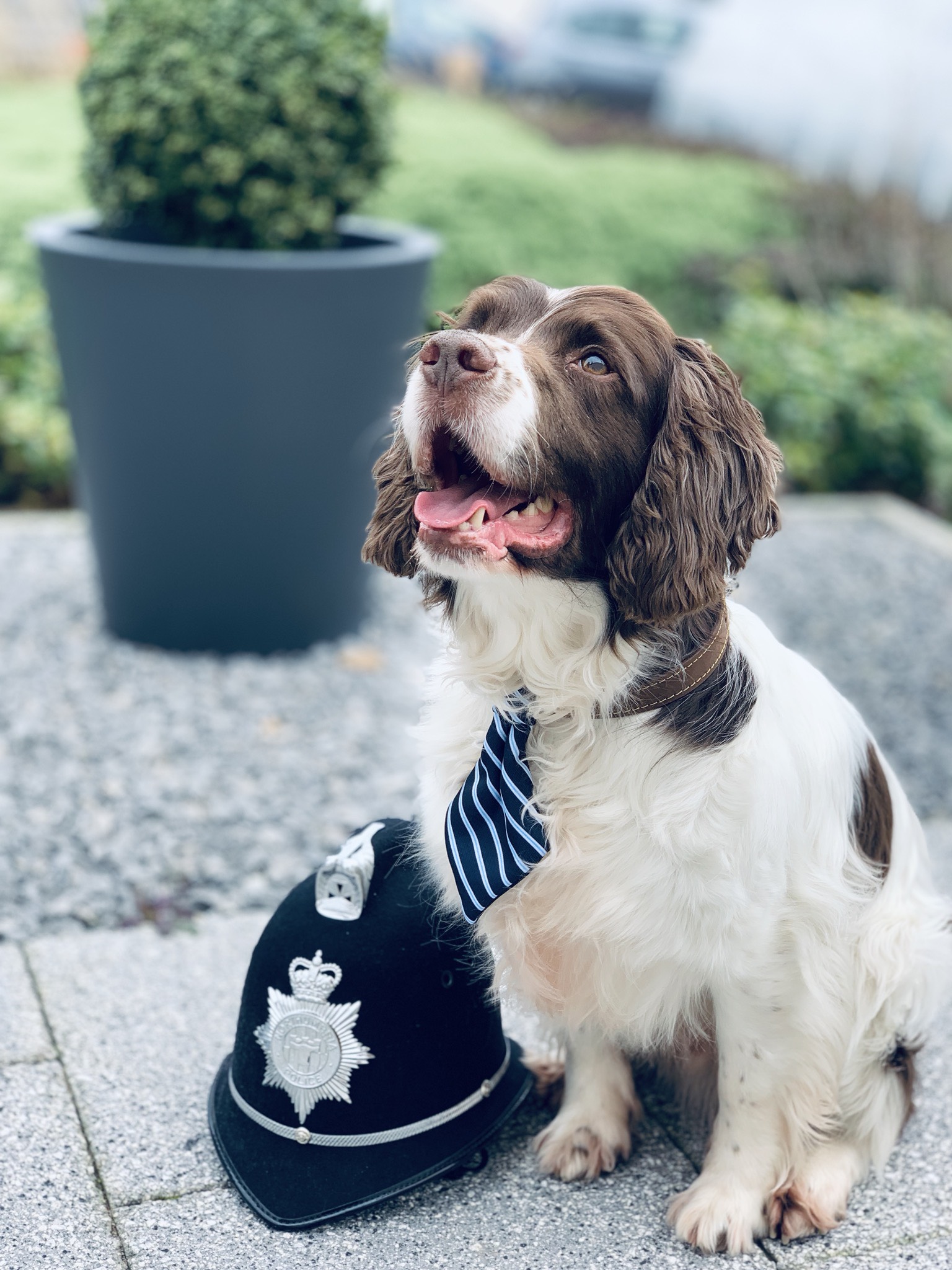 Eight-year-old Dougie was born in Carlisle and first came to Northumbria Police five years ago where he worked as a highly trained explosives and ammunition dog.

His time with the force has come to an end and now his days are filled with beach walks and soggy slippers rather than weapons training and catching criminals.

His new owner Rebecca Quinn, who is a Northumbria Police staff member, has opened up her home and fridge to the springer spaniel and she couldn’t be more in love.

She said: “Dougie is a great dog. He is loyal, very intelligent and more importantly he has settled in like another member of our family. He seemed to feel right at home straight away and we just adore him.

“I have another dog Buddy, a Bichon Frise, and he and Dougie are best pals- they follow each other around and are honestly like a double act.

“Dougie loves a slipper and anything shaped like a ball but he just has so much love to give and always has a warm welcome for anyone he meets. I can’t imagine life without him now.”

During his time with Northumbria Police, Dougie helped patrol the Commonwealth Games and policed a number of Royal visits. 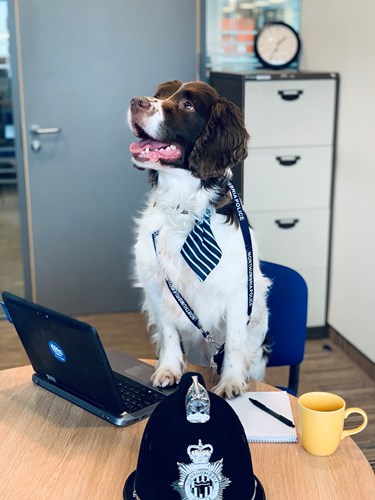 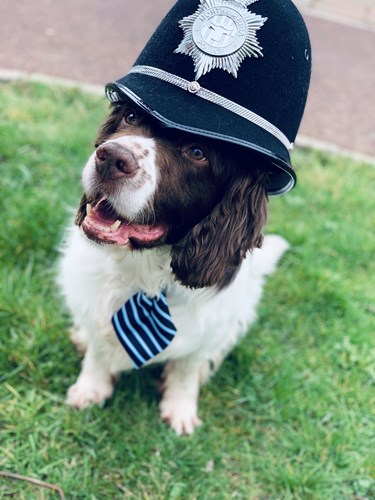