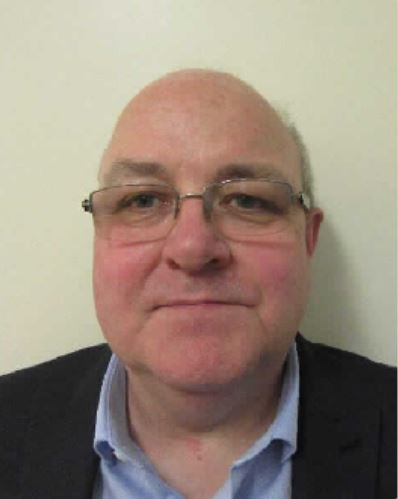 Executive serving seven-year sentence for charity fraud ordered to pay back more than £27,000

Police will continue to assess the case of John Briers, 58, and take further action if more assets become available

A fraudster who was jailed for swindling a charity out of a six-figure sum has been ordered to pay back more than £27,000.

Briers used fake invoices and banked unauthorised bonus and pension payments between 2007 and 2015.

In May last year, Briers was jailed for seven years after he was found guilty of three counts of fraud by abuse of position following a trial at Newcastle Crown Court.

Today (Friday), the defendant was back in court after police launched an application under the Proceeds of Crime Act to seize any assets he may have.

A judge ordered Briers to pay back a total of £27,257.50 within three months after the money was discovered in a pension.

He could also be made to re-pay more money back to the charity if further assets become available.

Detective Inspector Sally Macdonald , of Northumbria Police, said: “Over a sustained period of time, John Briers systematically defrauded the charity for whom he worked and consistently attempted to divert the blame for his actions.

“He took money earmarked for the most vulnerable people in our society for his own gain, and attempted to cover his tracks by using false documents and fraudulent cheques.

“Justice has been served with Briers sentenced for his crimes last year. However, I hope this sends out a strong message that criminals like him will not benefit from the funds made during their crimes.

"A financial investigation can be revisited if we think an offender has come into money again and not paid off the total amount of their benefit order, so we will continue to assess this case and take further action if more assets become available.

"We would always ask that members of the public are vigilant and if you see someone living beyond their means, or know that someone is leading a luxury lifestyle and something doesn't add up, please get in touch with us.

"We are committed to pursuing criminals and protecting our communities as part of Operation Sentinel, which is our collaborative approach to tackling serious and organised crime."

He said: "While the total that John Briers has been ordered to pay back today is a relatively small amount in relation to the huge sum he stole from the charity over a number of years, we believe this sends out an important message.

"This man caused a huge amount of heartache and distress as he cynically abused his position and the trust that colleagues instilled in him.

"He has never admitted any of his crimes or shown any remorse whatsoever for his actions, so this confiscation order has been a cathartic development for the charity's staff, volunteers and supporters.

"We see this as a moral victory, and it is imperative that perpetrators of this type of crime recognise they will not be allowed to financially benefit from their criminality.

"We are encouraged that the police will continue to revisit this case and seize more of Briers' assets if they become available, so further funds can be rightfully returned and go towards helping those in our communities who need it most."

Police were alerted to Briers’ crimes in August 2015 after a financial manager at the charity noticed a supporting document for one of the payments appeared to be fraudulent. An investigation was launched and the extent of his crimes were soon laid bare.

Money was stolen from two parts of the organisation – one being the charity, for which Briers was chief executive, and the other being the trading company, for which he was the secretary.

In total, Briers, of Woodstock Road, Gateshead, made away with £433,236 through more than 60 fraudulent cheques which he asserted were for suppliers.

He also paid himself £104,560 in bonuses, which included an additional monthly salary payment of nearly £6,000. Almost £170,000 of the charity’s money was also used by Briers to top-up his pension.

Templates of blank invoices for companies which the organisation had dealt with were uncovered when officers searched Briers’ office.

Upon arrest, Briers refused to cooperate with police and insisted his innocence throughout.

However, following a trial at Newcastle Crown Court in May 2018, Briers was found guilty of all charges by a jury.