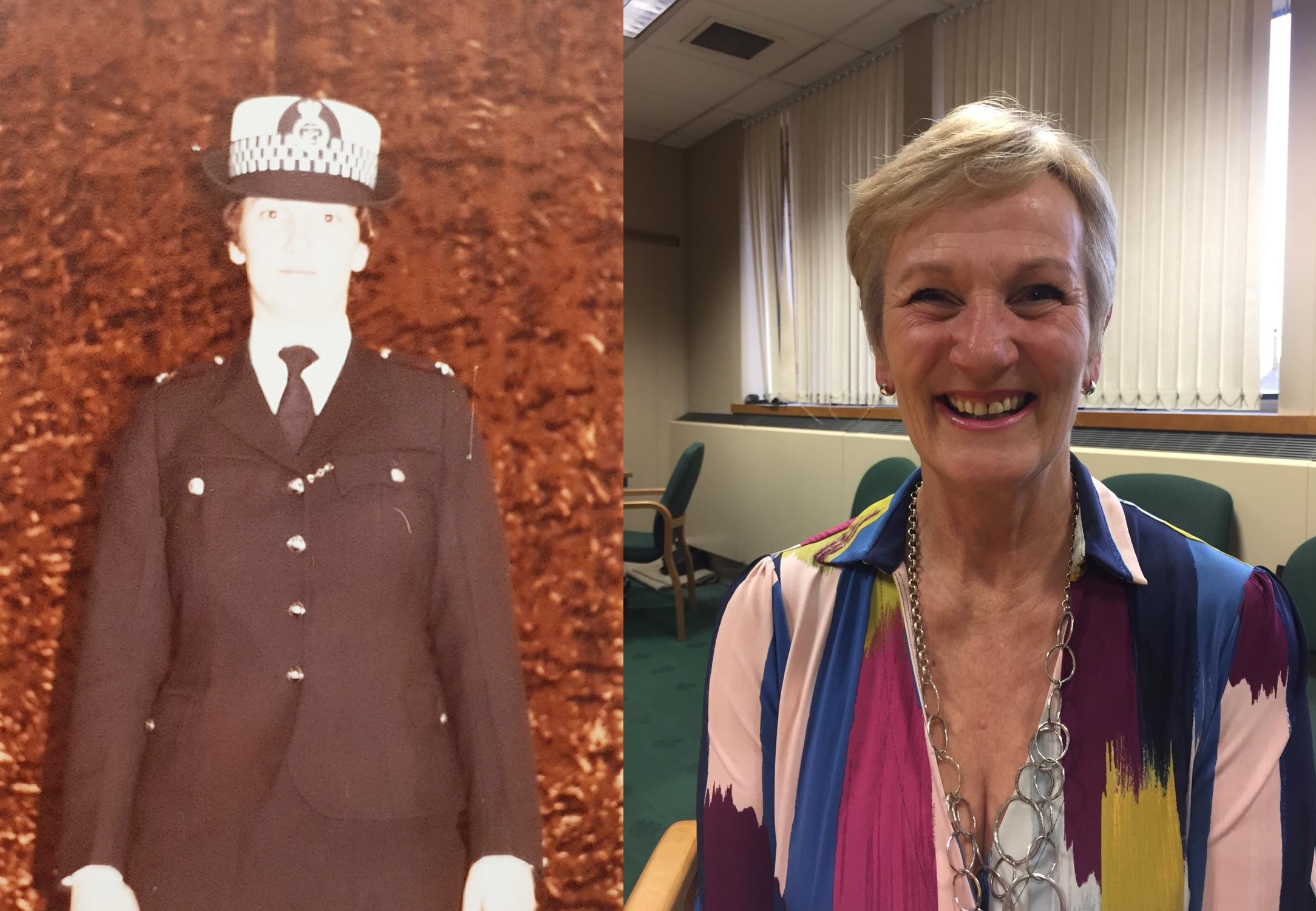 A former police offer who battled sexism to become the region's first female detective has today (Friday) encouraged women to consider a career in the police.

When Barbara Franklin joined Northumbria Police in 1982 she was one of just a handful of women to wear the uniform.

Of all those recruited that year only six per cent were female and many of those officers left the Force shortly after they joined.

Like many of her female colleagues, she was expected to make the hot drinks for her male colleagues, not allowed to attend certain jobs and told she would never reach the top.

But Barbara would prove them wrong and shortly after she joined she became the first ever woman to patrol the Scotswood beat.

That was just the beginning and within a few years she had become the Force's first ever detective.

Barbara was also the first woman in Northumbria to ever be promoted to Superintendent and head up a murder investigation.

She retired in 2012 and has also received a medal from the Queen for her services to policing during her 30-year career.

Despite the sexism she experienced in her early years, Barbara says she has no regrets - and has encouraged other women to consider a career in the police.

She said: "I joined the police because I didn’t get the O-level results I needed to become a teacher, so it was my second choice career.

“It was a man’s world when I joined, there was one woman on each shift and that’s all that was allowed.

"There was also one woman on each CID shift and until that woman left, another one wasn’t allowed on the shift.

“The police women all had skirts, there were no trousers for women, we carried our radios in a handbag that had a special pocket on the side and I had a six-inch truncheon while the men had one that was about a yard long.

“You just accepted it, that was the way it was. It really was a man’s world and I just had to accept it. A lot of female officers left the organisation because it really was put up or shut up.

“It was very different when I left in 2012 and it was about 50 per cent women joining the job.

"You could be and do anything as a female in the job by 2012, there was no department you couldn’t join and the sky was your limit.

“When I left I walked into Gateshead CID office and I counted half of them that were women. That made me smile as when I joined it was only the one woman who was allowed in CID.

“I loved every day of it and there wasn’t a single day where I got out of bed and didn’t want to come to work.

"I didn’t have a day off sick in 30 years, I just loved every single bit of it and there’s so much variety available I would recommend it to anyone.”

As well as becoming the Force's first ever female detective, Barbara also had a number of other notable milestones.

Looking back, Barabara said there are many highlights but she finds it most humbling when she speaks to those female officers who she inspired to climb the police ranks.

She said: "I was the first police woman to patrol Scotswood because before that it was deemed to be too rough.

"The children used to follow me round because they’d never seen a female police officer.

“Before me there was the police women’s department and I came as they were trying to get more women on shift.

"As more women came across, there was more equality but it did take time to get there. I think we are pretty much there now.

“There were many, many highlights; becoming the first female SIO to deal with murders I thought was a great achievement, getting the Queen’s Police Medal for services to families of homicide and heading up the hostage negotiation team for 15 years.

“At the time I was just getting on with the job and doing it to the best of my ability but looking back now it does make me very proud.

“When I see some of the girls now that I’ve left and they are so pleased to see me and talk about me in such a positive way, it is really quite humbling.”

Barbara told her story as part of the latest in Northumbria Police's #ProudOfOurPeople series but also as part of International Women's Day.