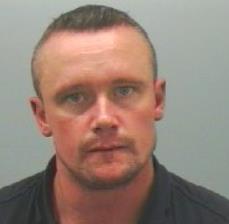 How detectives uncovered a rapist from a report of harassment

Officers discovered a woman had in fact been raped after she reported a man had been harassing her. He has now been jailed for nine years.

When a woman reported that she was being harassed last year, detectives visited her at her home in Gateshead to take an account of what had been going on.

She told officers that a man called Ian Rawsterne had been bombarding her with text messages and phone calls and he had even damaged her car.

The 38-year-old had sent her in excess of 150 messages and continued to turn up at her address uninvited.

When officers met with the women, the specially trained detectives wanted to gather as much evidence as possible to ensure this man was arrested and charged.

But what the police discovered as they delved further into the investigation was deeply concerning.

They discovered that the content within the messages between herself and Rawsterne referred to an earlier incident where the woman had in fact been raped by him.

A message from the victim to Rawsterne read: "I gave you enough chances. Remember when we had that conversation about rape? Even that wasn’t enough to get you to change."

At first apprehensive to formally report the rape to police, the specialist officers were able to reassure the victim and she made a disclosure of the rape and two further attempted rapes.

Rawsterne was charged with one count of rape and two counts of attempted rape but denied the offences at court.

However, he was found guilty by a jury and was sentenced to nine years in prison at Newcastle Crown Court on Thursday, March 7.

Rawsterne was also given a rehabilitation activity requirement and a restraining order was put in place after pleading guilty to harassment in September 2018.

The victim's life has been turned upside down since the horrendous ordeal and following the case she revealed the abuse has left her feeling 'very vulnerable, very scared and degraded' and has 'completely changed' how she lives her life.

Detective Constable Craig Graham, who led the investigation, has praised the victim for her strength and dignity throughout the case.

He has today praised the woman for reporting the harassment and said that her bravery meant this dangerous man was no longer out on the streets, possibly targeting other women.

DC Graham said: "This man has clearly destroyed this victim's life and no prison sentence can change that but I hope it does bring some sense of justice.

"It has been vital that this victim has come forward to report the initial harassment. It is an example of just how seriously we will take such reports.

"We want to make it clear that no one should feel unsafe because of the actions of someone else. No one should suffer in silence and I'd urge anyone who has been a victim of any form of abuse or sexual offences to please come forward and report it."

If you have been a victim of stalking, harassment, abuse of any sexual offences, whether this is recent or historic, please come forward and contact police on 101, or 999 in an emergency. Victims can also contact Victims First Northumbria on 0800 011 3116 who will give independent advice and support.