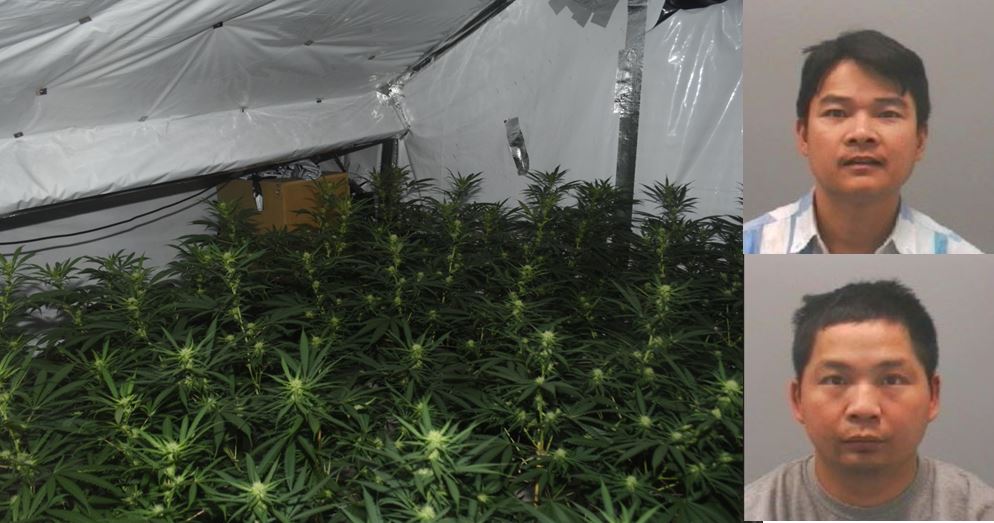 A 'puppet-master' responsible for a network of cannabis farms worth £500,000 has been jailed following a lengthy multi-force investigation.

Huy Hoang Phan coordinated a web of large-scale cannabis farms across the North East and Scotland, exploiting Vietnamese workers to grow the crops and then distribute the drugs across the UK.

During six months of surveillance which spanned across the Northumbria, Durham and Cleveland force areas, a number of cannabis farmers and drug mules were arrested but it was Phan, 36, who was singled out as a key figure in the operation.

Specialist officers spent months tracing his movements across the region and he was finally arrested on suspicion of being concerned in the supply of cannabis on September 4, 2018, at one of his farms in Gainsborough Grove, Fenham.

Phan was in the process of constructing the farm on Gainsborough Grove. Around 80 plants worth £40,000 were recovered from the property and another Vietnamese male, Nam Van Hoang, 39, was arrested at the address.

Detective Sergeant David Kay, from Northumbria Police, led the surveillance on Phan and his associates and said he was pleased to see them both receive prison sentences at Newcastle Crown Court on Friday (March 1.)

He said: “This was a long and complex investigation by detectives from three police forces, who worked together to uncover a number of farms regularly producing thousands of pounds worth of cannabis.

“We spent months gathering intelligence on Phan and his associates and were able to build up a detailed picture of the drugs network he operated, following him and his workers to their farms across Durham, Teesside, Gateshead and Scotland.

“He was the puppet-master of the operation, pulling the strings and getting everyone in to position. Everywhere we went, he seemed to appear. Phan was also responsible for distributing cannabis from the farms around the UK. Couriers were intercepted travelling to Edinburgh and Birmingham from Tyneside after meetings with Phan.”

“We know from our intelligence Phan had links to another Vietnamese male, Khanh Duy Pham who was convicted last year as part of another large-scale drugs investigation into organised crime within the region’s Vietnamese communities and know he was using illegal immigrants in his illicit activities.

“I hope the sentences passed today serve as a warning to anyone who is linked with this type of criminality, and reminds anyone who thinks they can get away with supplying drugs to the those who are vulnerable in our communities that we are watching you, and we will bring you to justice.

“The production of cannabis in our region also brings misery to those people who have been smuggled into the UK clandestinely by gangs in order to be used and exploited as farmers within the cannabis farms.

“Under the banner of Operation Sentinel, the forces across the North East will continue to work together to disrupt and target organised crime.”

Phan, of no fixed abode, had pleaded guilty to being concerned in the supply of controlled drugs and was jailed for three-and-a-half years.

Hoang had pleaded guilty to producing cannabis and was sentenced to one year in prison.

A number of Phan’s associates having already appeared before the courts.