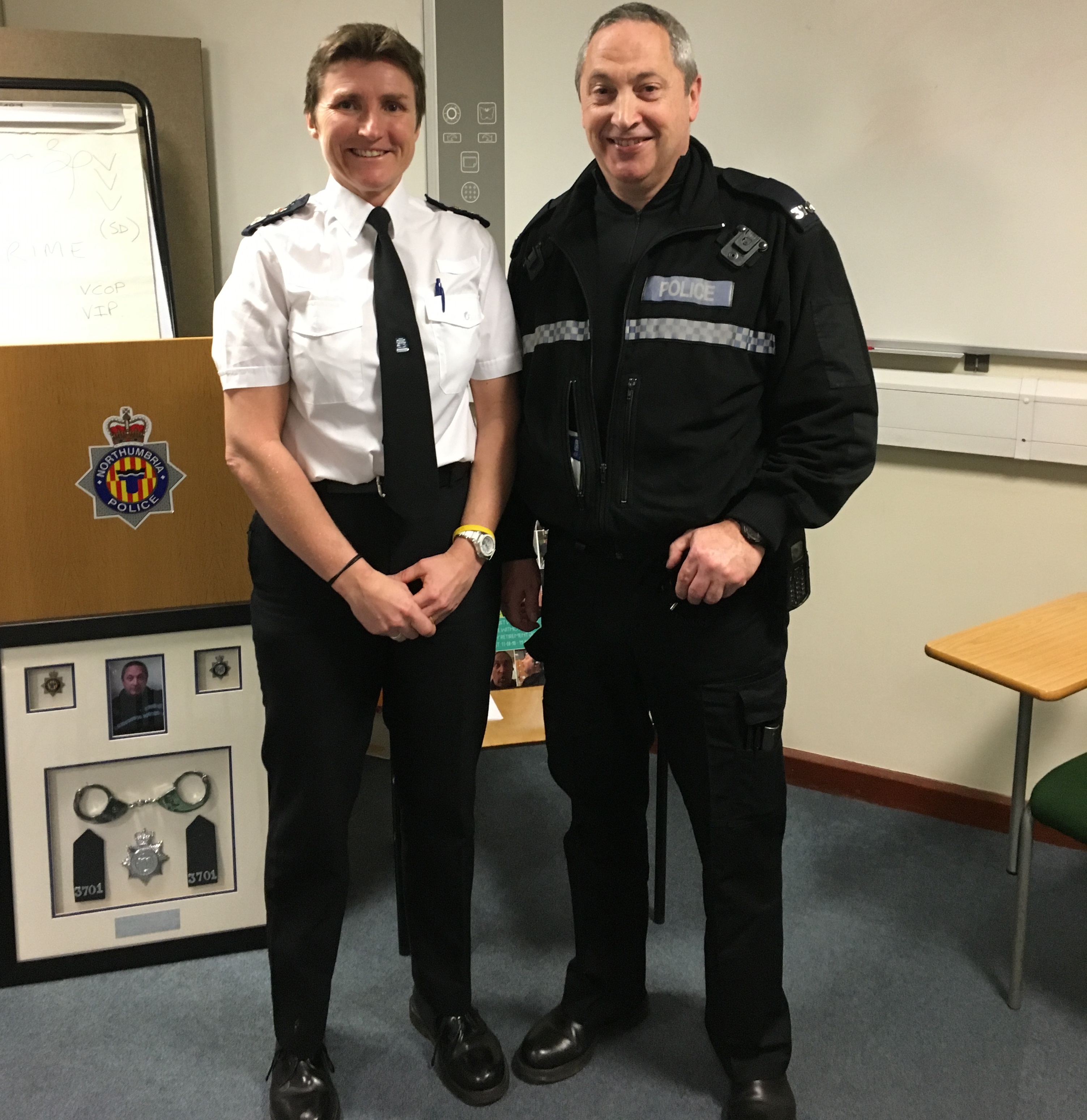 The Wearside cop talks about his time with Northumbria Police after retiring last month.

A long-serving PC who spent almost three decades keeping the streets of Sunderland safe has walked the beat for the final time.

PC Joe Lamb joined Northumbria Police back in 1990 as a 26-year-old rookie following a brief spell in the electronics and leisure industries.

But ever since his childhood, growing up on Wearside, he dreamt of pulling on the police uniform and helping to tackle crime in the neighbourhood where he lived.

Fast forward 30 years, and after working his final shift at Southwick, PC Lamb, 55, leaves the policing world with endless memories and some life-long friends.

“I always wanted to be a police officer,” PC Lamb said. “I had that feeling since my childhood, the desire to make a difference and to help people.

“It’s one of those jobs where you have to find your feet very quickly. It’s not everybody’s cup of tea and I suppose you are exposed to a darker side of humanity in some ways. You often deal with people at their lowest points, those in distress and families going through grief and torment.

“But it’s a job that offers so much variety. When you get in the car and set off into work each morning, you never know what’s going to happen. It could be pretty quiet one moment, and the next you’re the first person at the scene of a murder or a serious car crash.

“It’s like being an adrenaline junky, I guess, and I’ve always thought I’ve been incredibly fortunate to be in that position.

“My daughter’s boyfriend is in the process of applying to a different Force to be an officer, he’s as keen as mustard, and I tell him it’s that unpredictability of the job that sets it out from the rest – there’s nothing quite like it.”

PC Lamb’s career has been an extraordinary one, having worked on the same response shift initially at the old Gilbridge police station and then Southwick for his entire policing service.

During that time, he has been tasked with dealing with a wide range of incidents – from serious assaults to domestic violence call-outs.

But it was one of his earliest jobs, at a time when the North-east was still scarred from the bitter miner’s strike dispute of the 1980s, that sticks in his memory.

“One of the jobs I most remember where I was on duty was down at Wearmouth Colliery – I think it was the last fatality down there before it closed as a functioning pit,” PC Lamb said.

“It was in my first couple of years as a cop, in 1992 or 1993, and there was a crash involving an underground car that carried people down to the mine shaft. Sadly, a couple of men died.

“I was the first officer at the scene and I’ll never forget it. At the time, there was still a sense of resentment among some members of the community about the closures. It was a difficult time and my first experience of dealing with a fatality.

“Down the years, the jobs you remember tend to be the more unpleasant and sad ones. But then there’ve been moments – small things – that sometimes remind you why you’re doing the job.

“Even now, people who recognise me still chat to me and remember things I’ve helped them with in the past.

“There’s a mum of a young lad who sadly died 20 years ago, I was with her in the hospital before his life support machine was turned off. She still talks to me when we bump into each other and says thank you. Things like that – they’re special, albeit a result of incredibly traumatic circumstances.”

For PC Lamb, helping to police the patch where he now lives has been nothing short of a privilege – and something he says he will miss as he comes to terms with life after policing.

But the world he leaves is unrecognisable to the one he walked into on that morning when he entered the station as a keen constable.

“I came into the police thinking I knew what it would be like, but it’s only when you pull on the uniform that you truly begin to understand the complexities behind the role and the sense of responsibility that you have.

“It’s been a steep learning curve – policing isn’t something you can learn about in a textbook.

“It’s ever-changing too. The mechanics of policing remain the same in some ways – the day-to-day dealings with people and the ability to deal with a range of different people in the community. I don’t think you can teach that.

“But now more than ever, the world of policing is hurtling forward in terms of the way technology is used now, whether it be through mobile phones, social media and forensics.

“It’s a far cry to what it was like when I first joined, and who knows what it’ll look like in 10 years’ time – but it’s certainly changing for the better.”

As for the future, PC Lamb is looking forward to spending a bit of time pursuing his two main passions; cycling and photography.

“It all feels very strange at the moment,” he admitted. “But I hope to spend a few days on my bike, packing the camera in my saddle bag and heading up into the hills.”