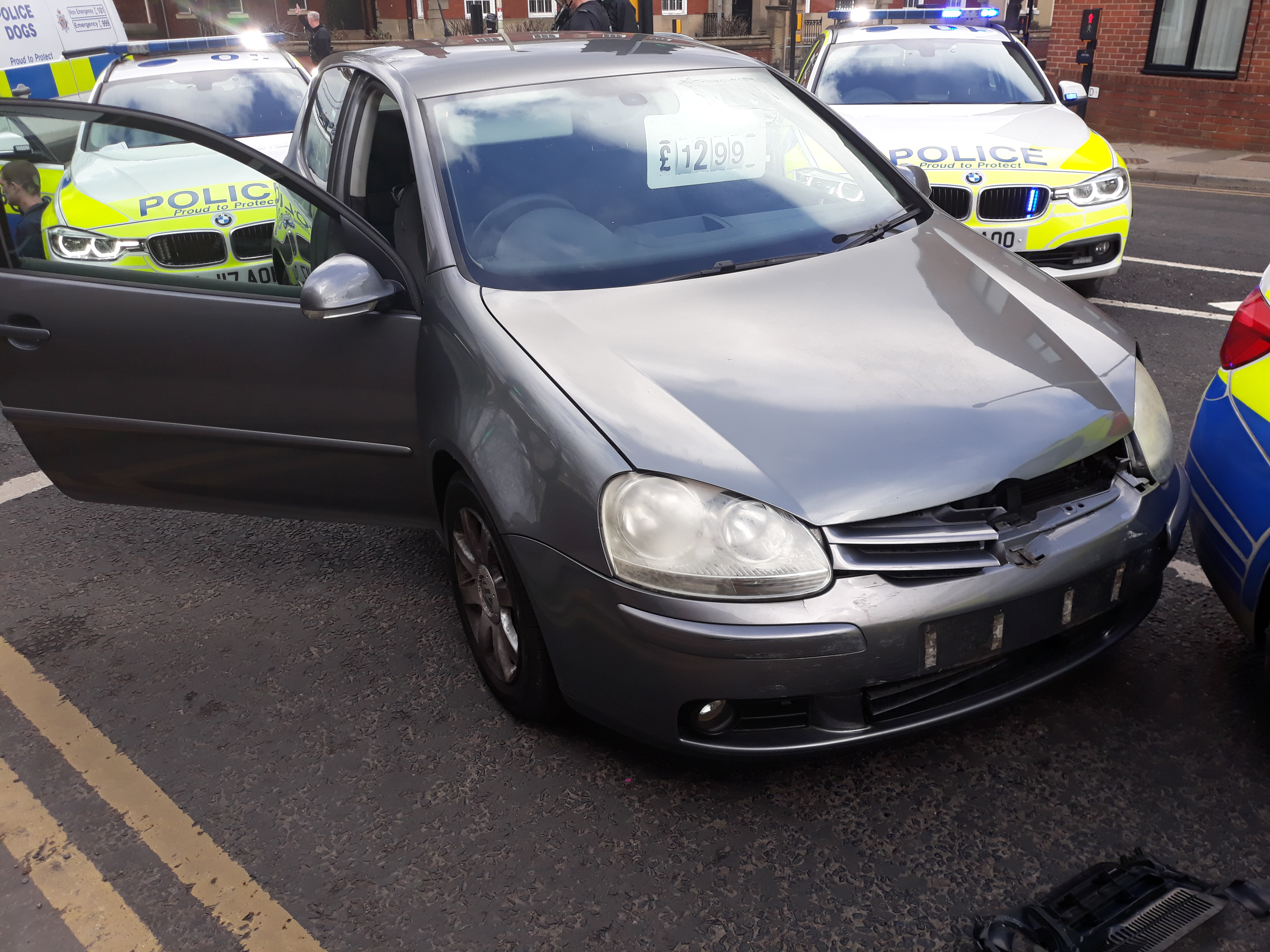 A thug who mounted a pavement, mowed down a pedestrian and then attempted to reverse back into him has been jailed.

Lewis Hooper, 21, was sentenced to more than five years behind bars after the mindless attack in Gateshead last year.

A court was told how Hooper had spotted a 19-year-old man who he had a grudge with walking in the opposite direction along Chowdene Bank on April 5.

Hooper immediately turned his vehicle around and then mounted the pavement and drove into the unsuspecting victim.

But he wasn’t done there and slammed his silver Seat Leon into reverse to hit the victim for a second time, but thankfully he was able to roll out the way.

His victim was taken to hospital but miraculously only suffered cuts and bruises as a result of the mindless attack.

The thug was eventually arrested in Durham two months after the attack and was charged with causing grievous bodily harm with intent and a string of driving offences.

He initially denied the charges but later changed his plea to guilty as he was set to stand trial at Newcastle Crown Court.

Hooper was bailed ahead of his sentencing hearing but then went on the run from authorities after being told he would likely be sent to prison.

It wasn’t until the beginning of this month that he was back in police custody after being sighted by police “test driving” a new vehicle in South Shields.

Officers attempted to detain him but he drove off at high speed, colliding with police and then began a high speed pursuit through South Tyneside.

He collided with multiple vehicles before traffic officers brought him to a stop in Jarrow following the pursuit on March 5.

Hooper admitted a total of 13 offences and last Friday (March 22) he was jailed for five years and nine months at Newcastle Crown Court.

Following the case, investigating officer Detective Constable Matt Murray said he was delighted that a dangerous offender was now behind bars.

He said: "When Lewis Hooper saw his victim in Gateshead last year he was overtaken by jealousy and anger.

"He was determined to cause serious injury to his victim and if he was able to make significant contact then that man could have been killed.

"It was his own quick-thinking and reflexes that enabled him to escape major injury and in the end he only suffered cuts and bruises.

"Hooper eventually admitted trying to injure his former friend but he was unwilling to face justice and went on the run.

"When traffic officers did try to detain him earlier this year he then attempted to drive into a police officer before driving away at speed.

"He hit multiple vehicles and narrowly avoided causing a number of very serious road traffic accidents as a result of the dangerous manner of his driving.

"Hooper has shown no remorse throughout these proceedings and I am delighted that he is now behind bars.

"I hope his victims can take comfort from the result at court and be further reassured by the restraining order put in place by a judge."

Hooper was convicted of attempting to cause grievous bodily harm with intent, two counts of dangerous driving and assault of an emergency worker.

As well as his prison sentence he was handed a driving ban for five years and 10 months that will begin upon his release from prison.

He was also handed a seven year restraining order preventing him from contacting the victim of the initial assault.