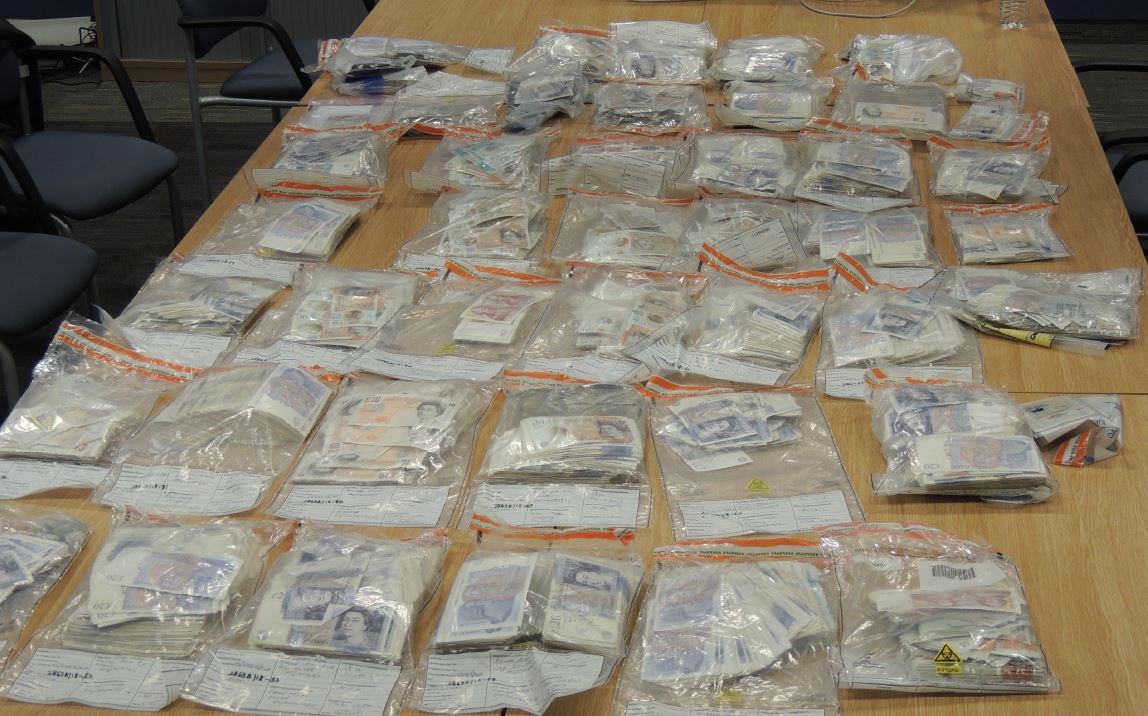 Members of an organised crime group have been jailed for a combined total of more than 30 years after pleading guilty to conspiring to supply Cocaine.

The three men were handed jail terms today (Friday) at Newcastle Crown Court after previously admitting their role in a large-scale operation in which they attempted to flood the area with Class A drugs.

A lengthy and covert investigation was carried out by officers from Northumbria Police’s Priority and Organised Crime team, who spent months tracking the gang’s illicit activities across the region.

The investigation came to a head when officers arrested four men following a raid on one of the suspect’s home addresses which uncovered a haul of £243,000 cash and five kilos of cocaine.

Raymond Curran, his brother Gary Curran, and Gerrard Burke all pleaded guilty to conspiracy to supply Class A drugs on December 5, 2018.

Speaking after the sentencing, senior investigating officer Detective Inspector Don Gibson from Northumbria Police said: “This was a fantastic result which ultimately deprived an organised crime group of a huge amount of assets and sees those involved spending a very lengthy time behind bars.

“Hitting OCG’s financially is a great tactic to cause lasting disruption or totally dismantling the group and thanks to this fantastic result, our communities are a safer place to be and live in.

“I would like to take the opportunity to thank all those involved in bringing these offenders to justice. The operation they ran was sophisticated and it took a lot of hard work from our officers who carried out months of surveillance work.

“Under the banner of Operation Sentinel we will continue to fight serious and organised crime alongside the North East Regional Specialist Operations Unit (NERSOU) , Durham and Cleveland police forces.”