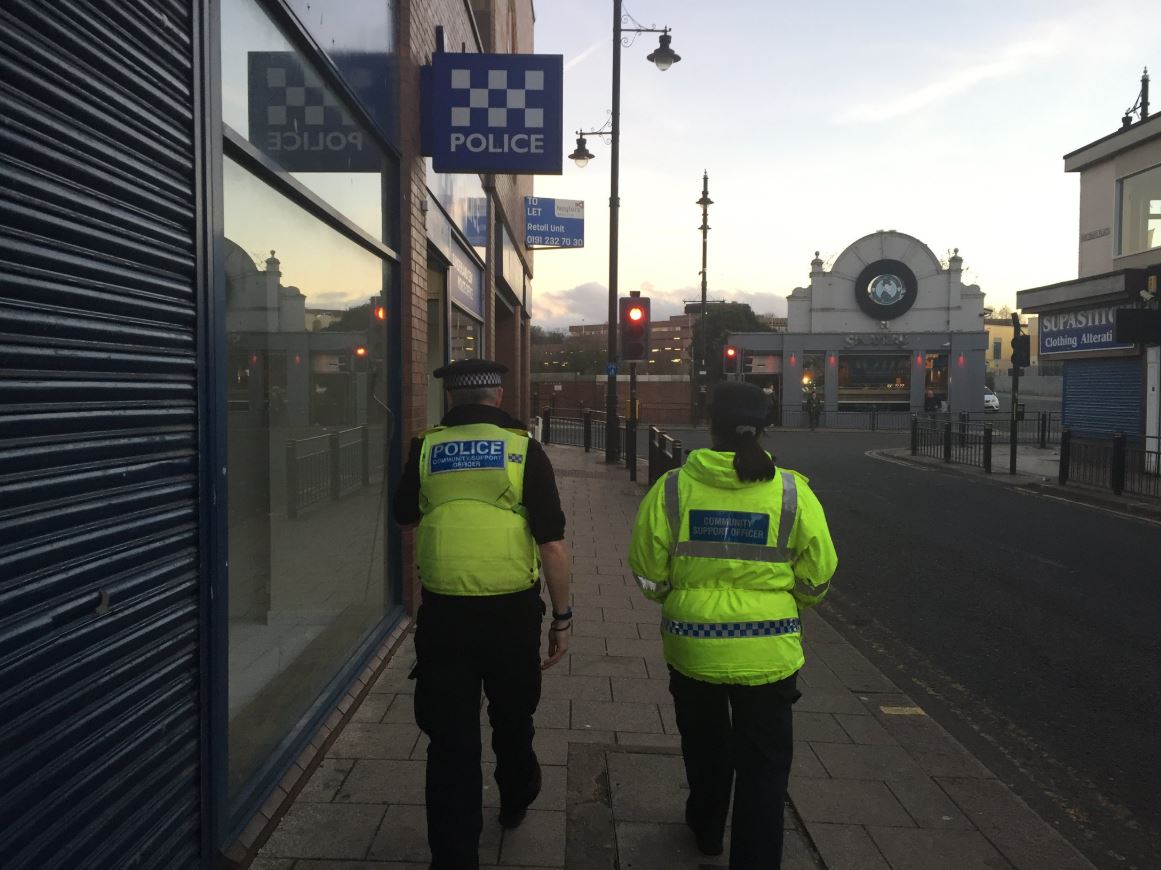 Hundreds of teenagers across Sunderland and South Tyneside were spoken to by police as part of an operation to tackle anti-social behaviour.

Last week, police launched Operation Constellate in a bid to clamp down on youth disorder in a number of identified anti-social behaviour hotspots.

The operation, which took place over three days, saw uniformed and plain-clothed officers increase patrols in areas that have previously experienced incidents of anti-social behaviour involving large groups of youths.

More than 200 teenagers were stopped by police during the operation, which was devised to tackle ringleaders believed to be involved in anti-social behaviour as well as identify vulnerable youngsters and ensure safeguarding and intervention was taken to prevent future offending.

Chief Inspector Sam Rennison, of Northumbria Police, described the operation as a “huge success” and said officers will continue to tackle anti-social behaviour heading into the summer months.

“We know that the selfish actions and anti-social behaviour of a minority can have a significant effect on those who live and work in Sunderland and South Tyneside,” Ch Insp Rennison said.

“As a result, this multi-agency operation saw us work alongside partners across the region to tackle reports of anti-social behaviour, target those individuals believed to be the ringleaders and provide a visible presence to deter such offending in future.

“Officers used criminal and civil legislation during the operation. More than a dozen dispersal notices were issued, several people were interviewed in connection with various offences and a number of Metro fare evasion penalties were issued by Nexus.

“An important part of the operation was also to identify vulnerable individuals and take action to address and prevent potential future issues from arising. With that in mind, 15 youngsters were taken home to parents by police and partners to discuss their conduct.

“Working closely with parents, families and schools is an integral aspect of early intervention to help reduce the risk of young people being caught up in criminality, which could threaten their life prospects in the long-term.

“We are delighted with the success of Operation Constellate, and will look to build on these results over the coming weeks and months to keep residents safe and keep youths out of trouble.”

Assistance was also provided by the Force’s Motor Patrols and Dog Section, and the Mounted Section carried out a series of high-visibility patrols.

In total, 14 dispersal notices were issued across the three-day operation, nine people were interviewed under caution for various offences and 21 fare evasion penalties were issued by Nexus against those unlawfully using the Metro system without payment.

Eleven Acceptable Behaviour Agreements (ABAs) were also served on individuals believed to be engaging in anti-social behaviour. One youth was also issued a banning notice which forbids them from entering the Galleries shopping centre for a specified period.

Councillor Michael Mordey, Deputy Leader of Sunderland City Council and Chair of the Safer Sunderland Partnership, said: "I am fully supportive of this partnership approach to tackle anti-social behaviour and I am pleased to see it is continuing.
"I would also hope that parents and others are asking questions about where their children are and what they are doing on an evening."

Metro Services Director, Chris Carson, added: “We are determined to prevent incidents on anti-social behaviour and fare evasion on the Metro system.

“Our staff play a key role alongside the police in dealing with these issues. We take part in regular high visibility patrols, and we are increasing the number of customer service staff available on stations and trains around the system to record levels in the coming months.

“Anyone who gets caught causing trouble on Metro property will get caught, face prosecution through the courts, a fine, and a possible ban from travelling on the system.”