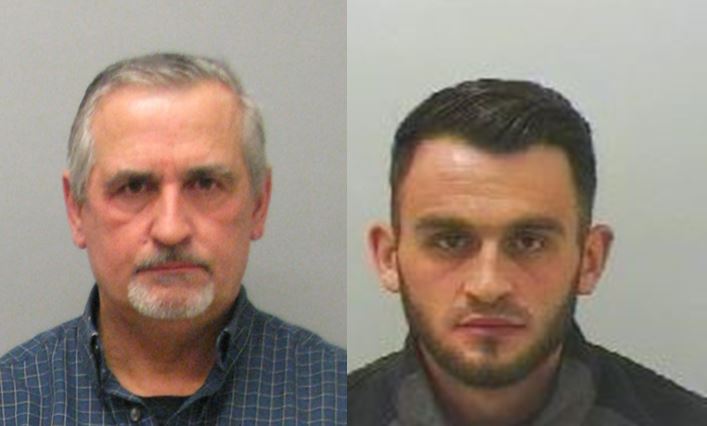 Callous rogue traders who targeted the elderly by posing as reputable ‘Highways Agency’ officials have been jailed for their roles in a scam which saw them pocket £20,000.

Father and son double act, Mark and William Nunn duped their victims into believing they were reputable repairmen who would carry out essential maintenance work on their driveways.

However, the pair pressurised vulnerable residents in the Corbridge area into handing over large sums of money for work which was substandard and often unnecessary.

The police were first made aware of the scheme after an 84-year-old dementia sufferer, who has since passed away, was defrauded of £2,500 for worthless work to his driveway. The man had been persuaded to sign a blank cheque by the Nunns before confiding in his partner.

Specialist officers from NERSOU (North East Regional Specialist Operation Unit (NERSOU) were tasked with investigating the incident and soon uncovered a catalogue of offences dating from late 2015 to early 2016.

Detective Sergeant Shaun Fordy, of the North East Regional Special Operations Unit (NERSOU), said: “This was a particularly callous series of crimes committed throughout the country.

“William and Mark Nunn were organised criminals whose victims included elderly and vulnerable members of the community.

“This type of offending is unacceptable and my team worked hard to identify these two men and those responsible and bring them to justice.

“We welcome the sentences handed down to these two men and think they send out a clear message that this crime type will not be tolerated.

“NERSOU and Northumbria Police will continue to pursue criminals and protect our communities as part of Operation Sentinel, which is our collaborative approach to tackling serious and organised crime.

“I also wish to commend the courage of the victims whose testimony was vital to securing these convictions. Without the help of them, and the wider public, these two men would not be behind bars where they belong.”

Mark Nunn, 60, the director of Highways Agents Ltd and his son William appeared at Newcastle Crown Court on Monday (March 4) where they both pleaded guilty to conspiracy to defraud.