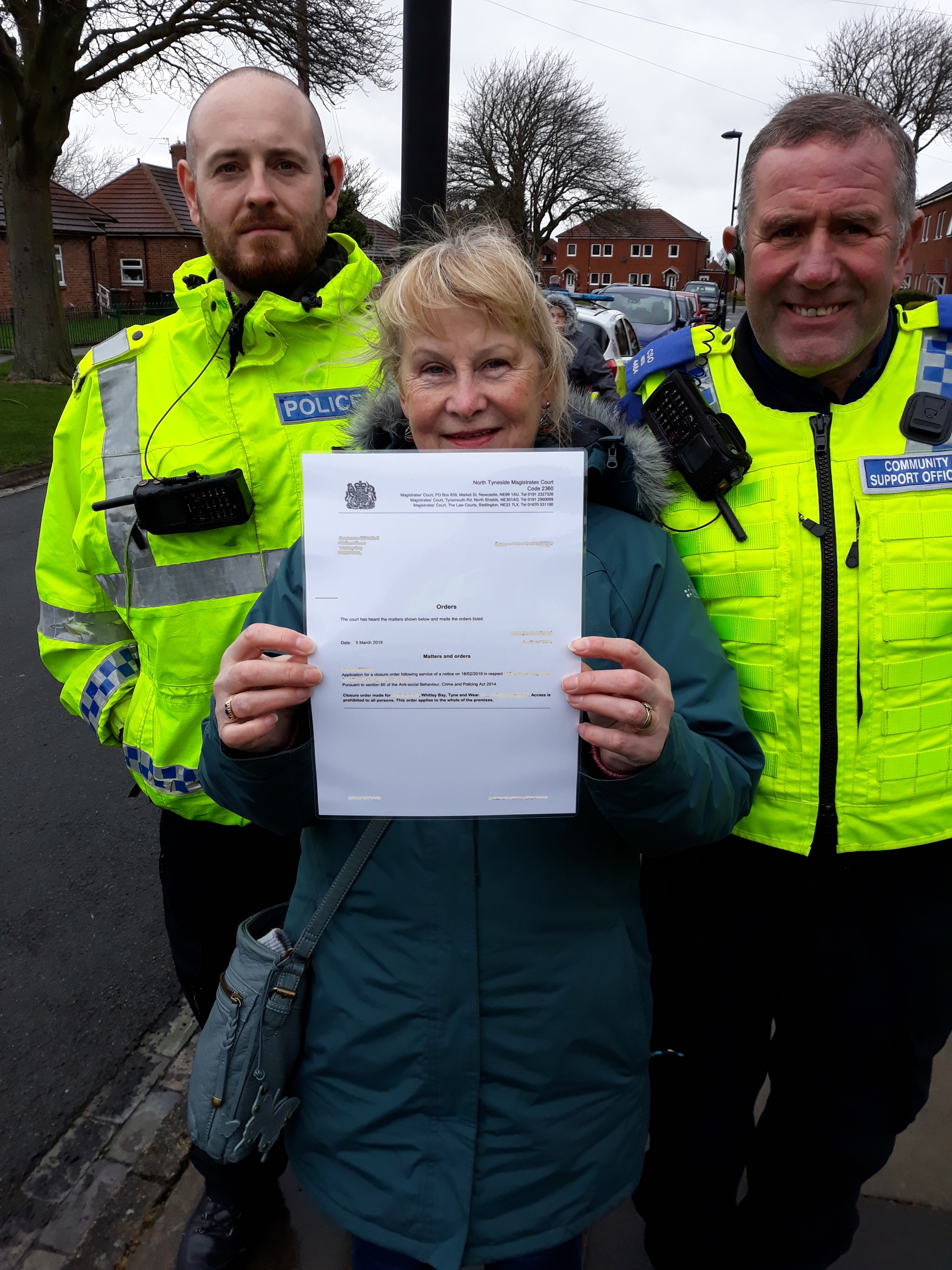 Tenants who plagued their communities with all-night parties and abusive behaviour have been shut out of their homes by North Tyneside Council and Northumbria Police.

The council’s Community and Public Space Protection team linked up with Neighbourhood Officers from Northumbria Police to shut down two properties in the borough, including a house on Beal Road, Shiremoor, and a flat at Morgan House, North Shields.

Both properties were linked to a catalogue of complaints about antisocial behaviour and the police were regularly called out.

North Tyneside Council was successful in securing a Section 80 Closure Order against the properties after exhausting all efforts to persuade the tenants to clean up their act, including a partial closure of each property to keep visitors out.

Earlier this year, Stephanie Pringle, of Beal Road, was taken to court by the council and ordered to pay almost £700 after three breaches of a community protection order.

It followed complaints that her house was the scene of all-night parties which spiralled out of control, involving loud music, fights breaking out, and fire-setting in the back garden.

On Wednesday, a joint-operation was launched by council officers and Northumbria Police to board up the properties and change the locks.

Entry had to be forced at Beal Road and two people were found inside.

A 33-year-old man was arrested for breaching a court order and a 36-year-old woman was asked to leave the premises. The house is now completely closed in response to the concerns of local people.

The three-month closure order, made under the Anti-Social Behaviour Crime and Policing Act 2014, is the first of its kind used by North Tyneside Council.

“We don’t want to see anyone lose their home and in both cases we tried a partial closure first in an attempt to prevent disturbances from all-night parties, but it’s made no difference.

“Thankfully, North Tyneside remains one of the safest places in the country and we hope these closures will both act as a deterrent against this sort of behaviour in the future and reassure local people about the lengths we are prepared to go to, to restore the peace.”

Northumbria Police’s Neighbourhood Sergeant Guy Morgan, one of the officers helping issue the closure order, said: "We know anti-social behaviour is a significant issue for our local residents and communities and along with our partners we work hard to ensure we do everything we can to tackle this issue.

“The regular and ongoing partnership work we do with North Tyneside Council in the area has once again shown that we won't hesitate to use every tool and legislation we have to keep communities safe and effectively deal with this type of behaviour.

“Members of the public can report anti-social behaviour by calling 101, via the online reporting form or by emailing their local neighbourhood policing team- both of which can be found be visiting Northumbria Police’s website.”