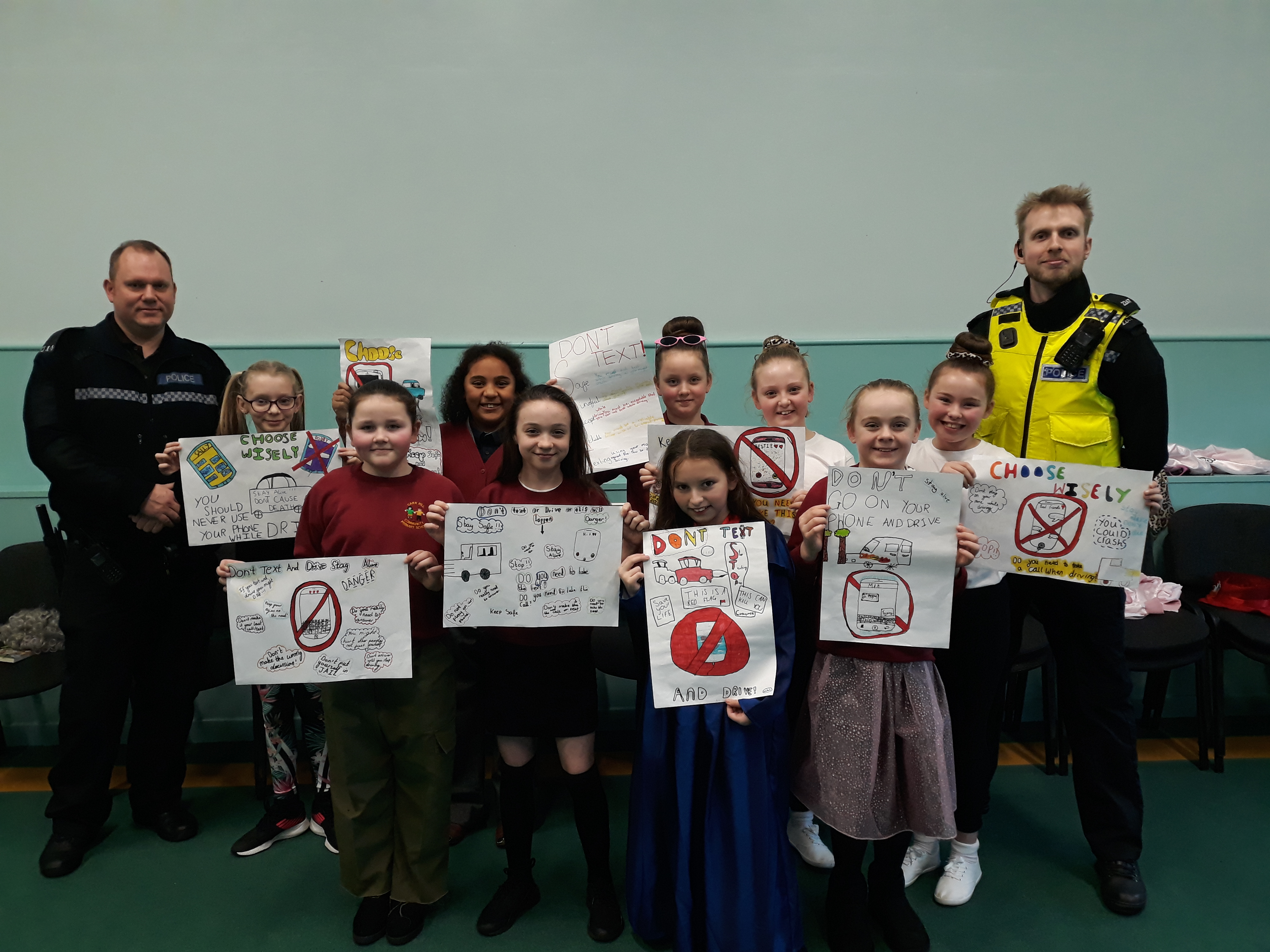 School children have swapped a mobile phone for a pencil - to create posters warning drivers not to text behind the wheel.

Last week pupils at Carr Hill Community Primary School in Gateshead used their creative flair during a visit from officers at Northumbria Police.

Officers had popped along to give a talk on driving safety when they were presented with an array of colourful posters.

The children, who are all in Year Six, had designed posters to warn drivers against using their mobile phones behind the wheel.

Northumbria Police are now working with the local authority to see if one of the posters can be turned into a road sign that will be installed in the town.

The visit to Carr Hill came on the week of a national campaign on the subject - two years after the punishment for the offence was doubled.

PC Steve Moore, the neighbourhood beat manager for the area, went along to the school and praised the children's creativity.

He said: "It is a fantastic part of my job to be able to go into schools and talk to the children so they know the police are approachable.

"We want to breakdown those barriers so they know they can speak to the police if they have any concerns or ever need to report a crime.

"But it is also really important to teach them about personal safety and driving safety and one of the best ways to do that is to get them involved.

"They were up for designing some posters and I was blown away by just how creative they were with their ideas.

"Everyone got behind the idea and now they know the consequences of using a mobile phone behind the wheel.

"No doubt they went home and told all their family and friends and that helps us get a really serious message across.

Headteacher at Carr Hill Primary School, Paul Harris, said: "The children really enjoyed this project and had a clear understanding of the dangers to themselves and others when drivers are not paying attention to the road because they are being distracted by their phones.

"We still see too many people driving and using their phones and getting children to spread this meaningful message has certainly had impact in our community.

"We are really fortunate that we have developed excellent relationships with our police force here at Carr Hill and our children really enjoy the quality time that the police officers spend with us.

"They have recently led assemblies on online safety and worked with our younger pupils to develop an understanding of the of the police in keeping us all safe.”

Under new laws introduced on March 1, 2017, drivers found using their phones behind the wheel will receive six points on their license and a £200 fine.

For further information on the legislation, or to find out how to report incidents to police, visitwww.northumbria.police.uk.