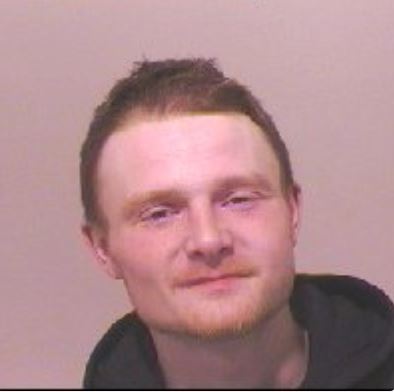 Maginnis, 25, was convicted of theft from a motor vehicle, criminal damage and possessing an offensive weapon

A thief who claimed false imprisonment after he was locked inside the vehicle he was attempting to steal from has been jailed.

Jason Maginnis hopped into a Ford Transit van on Fordfield Road, Sunderland, in the early hours of January 17 in the hope of pocketing some valuables.

But the 25-year-old got more than he bargained for after the van’s owner caught him red-handed – and pressed the central locking button on the key.

Realising he had been rumbled, Maginnis begged the owner to let him out of the vehicle and claimed he was being “falsely imprisoned”, before using a baton to smash the window himself and climb out.

Police later arrested the culprit – who had stolen £11.37 from the van - as he was found hiding in a nearby garden.

On February 15, Maginnis admitted charges of theft from a motor vehicle, criminal damage and possessing an offensive weapon at Newcastle Crown Court.

Sergeant Ed Hollingsworth, of Northumbria Police, said: “Jason Maginnis is an opportunistic thief who entered a work van that did not belong to him in the hope of securing a quick win.

“However, his deceit came back to haunt him after the vehicle’s owner spotted him in the front seat and took swift action.

“Knowing he would be in trouble if caught, Maginnis then used a baton in his possession to try and smash his way to freedom and attempt to hide from officers.

“We take this kind of criminality very seriously and I am pleased that Maginnis has now been brought to justice for his selfish actions.

“Quite often with this type of crime, thieves can go street to street checking car doors looking for an unlocked vehicle and a quick win. If the car is locked, they then go to the next one. I’d therefore ask residents to always ensure their vehicles are left secured and valuables are kept out of sight.”

Maginnis, of no fixed abode, was jailed for six months after he was convicted of  theft from a motor vehicle, criminal damage and possessing an offensive weapon. A further charge of going equipped for a burglary or theft was dropped.

Anyone who sees anything suspicious in their neighbourhood is asked to contact police on 101. In an emergency, call 999.