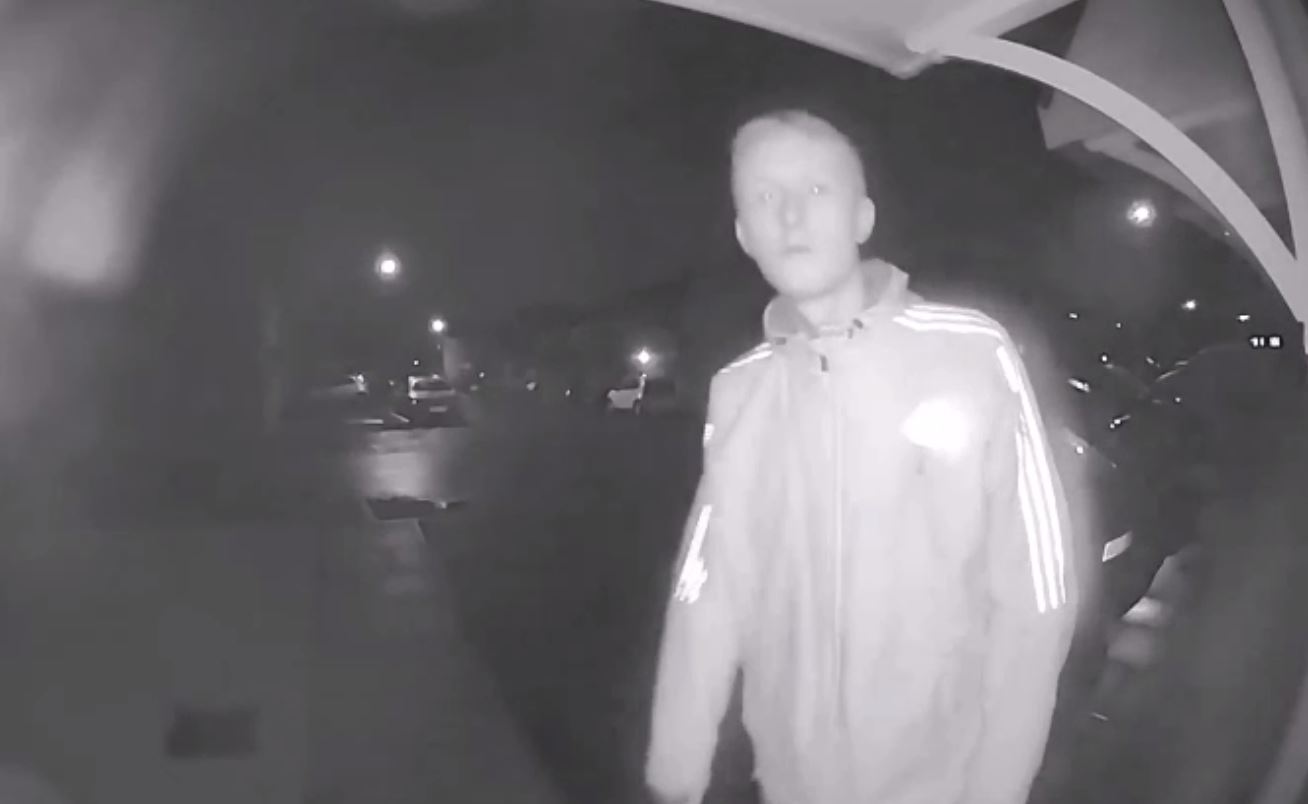 The motion-activated CCTV camera that sits above a doorbell caught Kieton Pearson, 20, in the act

A would-be burglar was rumbled after a video doorbell filmed him trying to force his way into a house near Hetton-le-Hole.

Kieton Pearson, 20, was caught in the act after a motion-activated CCTV camera was triggered as he approached the front door of a property on an estate in Easington Lane.

The high-tech camera that sits above a doorbell showed Pearson try the door handle of a property shortly after 5am on November 26 last year, but the opportunistic offender left empty-handed after finding it was locked.

He also targeted two other properties, on Greenfinch Road and Blackcap Close, earlier that morning.

On Wednesday (March 20), he received a nine-month jail-term, suspended for 24 months, and was also ordered to undertake 210 hours of unpaid work.

Detective Constable Stuart Havery, of Northumbria Police, said: “This was a case of an opportunistic criminal going door to door in the early hours of the morning looking for a quick win.

“Thankfully, none of the properties had been left unlocked – and Kieton Pearson’s deceit was laid bare after he did not notice a disguised CCTV camera that clearly showed his criminal actions.

“Burglary is a terrible crime that can have a significant effect on victims and their families, who can become anxious or frightened in their own home.

"For that reason, we do not apologise for our robust response to this type of criminality, even when offenders fail to gain entry to property.

“We would always encourage residents to ensure their front and back doors remain locked and any valuable items kept away from view. If anybody sees any suspicious behaviour, please contact police on 101.”

Since September 2018, the Southern burglary team have enjoyed a productive period with burglars in Sunderland and South Tyneside racking up more than 35 years of jail-time.

The team, led by Detective Sergeant Steve Wallace, review every reported burglary or attempted burglary in the area and then have the important task of identifying offenders and putting thieves before the courts.