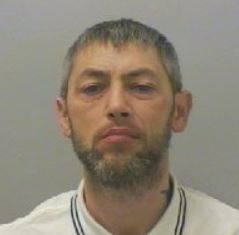 Christopher Beaney, 40, has been jailed for three years for burglary at an address in Blyth on Boxing Day last year.

A court was told how Beaney had tried to hide his identify with a hat, gloves, glasses and a scarf wrapped around his face when he targeted his victim – a 99-year-old woman.

Beaney, of Lonsdale Avenue, Blyth, had attended the victim’s home and knocked on her door asking for a drink of water and when she obliged he snuck in her home behind her and stole her purse.

After pleading guilty to burglary, Beaney was sentenced to three years in prison at Newcastle Crown Court on Thursday (May 16).

Detective Sergeant Chrissie Skillen, from Northumbria Police’s Burglary Team, said: “This is a disgusting crime committed on a victim who was targeted for her vulnerability – something we take very seriously.

“He deliberately tried to avoid detection by hiding his identify so the victim would not be able to give an accurate description to police; however, a thorough investigation led us straight to Beaney’s door.

“I want to praise the victim for her bravery and reassure the public that we will continue to target people involved in these types of crimes while also doing all we can to prevent such offences.”

The public can help protect and safeguard vulnerable victims by contacting police with reporting any suspicious behaviour in their local community.

You can get in touch by visiting our website at www.northumbria.police.uk or calling 101. Dial 999 in an emergency.

You can also report suspicious activity anonymously through Crimestoppers on 0800 555 111.