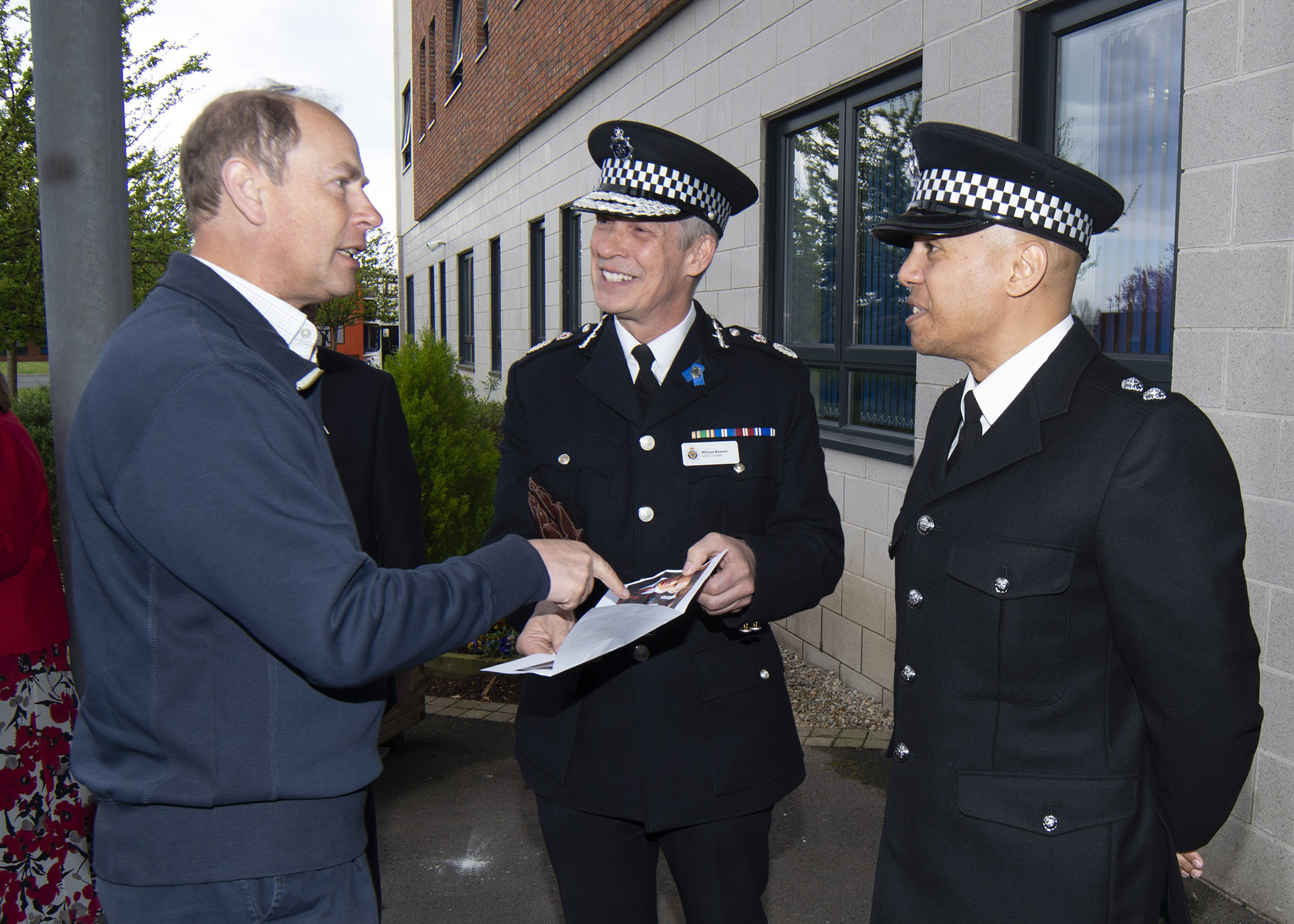 Neighbourhood Inspector Kev Waring was just 14-years-old when he first met HRH Prince Edward in 1995 during the royal’s visit to a school in Zimbabwe and last Friday (April 29) the pair met again in Blyth.

Insp Waring said he never believed he’d meet him again, let alone on the other side of the world.

He said: “I remember our first meeting quite vividly – I was a schoolboy in Africa and his visit was all anyone was talking about.

“I got to meet him, shake his hand and remember how nervous we all were! He was brilliant at interacting with us, shared a laugh over jokes. He asked me about the school and said how he was impressed by its facilities.

“I remember it being very surreal and that feeling didn’t really change the second time around!”

HRH Prince Edward was in Blyth visiting a school and Insp Waring was one of the officers responsible for policing his visit.

Insp Waring, who has been with the force for 17 years, said: “HRH Prince Edward was incredibly kind and stunned at the chance encounter. He said he remembered his visit to my school in Zimbabwe fondly and was delighted to see the man I had become.

“I was able to talk to him about our first meeting, he was interested to know how long I had been in the police service and I impressed upon him how passionate I was about my work as a police officer and living in the North East.

“I moved to Newcastle when I was 20 years old to join Northumbria Police and have dedicated my life to helping people – a decision which led me to where I proudly am today. Who knows, our paths might cross again in the future!”