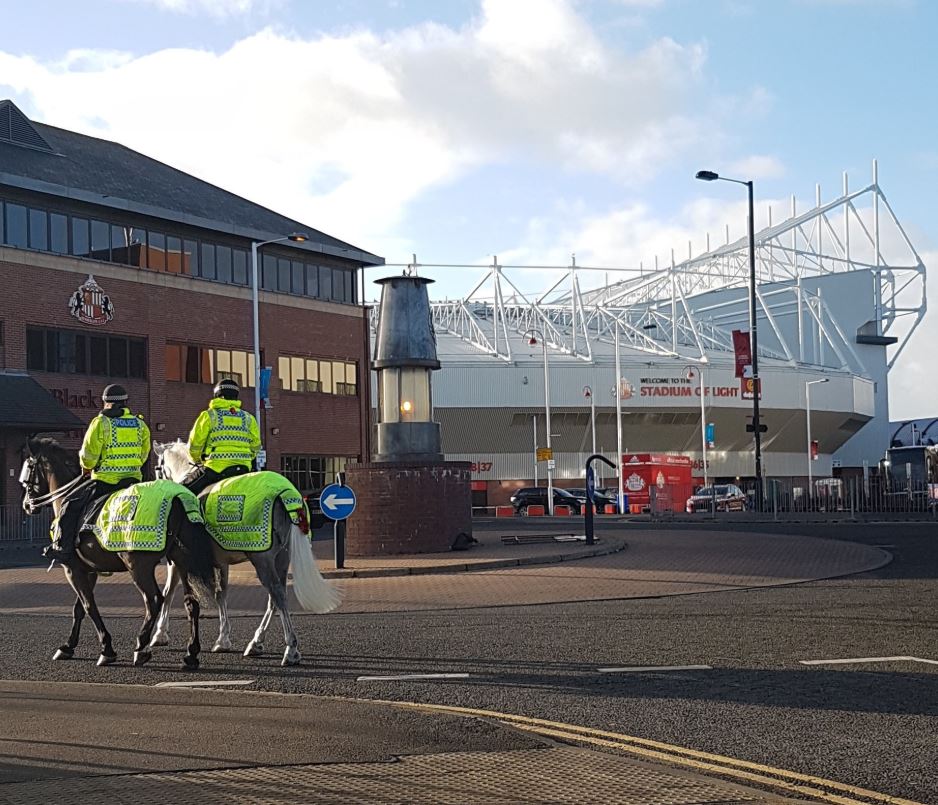 An away fan who hurled a smoke grenade at a Sunderland match has been banned from stadiums across the country.

Daniel Nealon, 28, picked up an already ‘live’ smoke bomb and threw it towards a group of fans before Sunderland’s match against Coventry City at the Stadium of Light last month.

Magistrates in South Tyneside were told that an intoxicated Nealon, who was in the away end of the ground, grabbed the canister that had been let off by another fan and waved it above his head.

Police then saw the offender, who has previously served a ban for football-related offences, throw it into a crowd of people.

Nealon’s actions on April 13 were among a number of complaints made by supporters about the behaviour of Sky Blues fans attending the match.

Last Tuesday (April 30), Nealon, of David Wood Drive, Coventry, appeared at South Tyneside Magistrates’ Court and was told his behaviour fell into the “highest category” which could have caused serious consequences.

He pleaded guilty to causing harassment, alarm or distress and was subsequently handed a 13-week prison sentence, suspended for 18 months.

Nealon was also banned from attending all regulated football matches in the UK for the next five years, which includes Premier League, Championship, League One, League Two and Conference fixtures.

Chief Superintendent Sarah Pitt, of Northumbria Police, said: “While the overwhelming majority of football fans behaved responsibly that day, the actions of a small minority spoiled the day for many and caused unacceptable levels of disruption.

“Daniel Nealon endangered the lives of others when he grabbed a lit smoke grenade and hurled it into a group of fellow fans. This was one of a number of disappointing incidents that occurred at the game in question, and we have taken action against a number of other perpetrators.

“Nealon must now live with the consequences of his reckless actions and has been banned from every football stadium in the UK until 2024. I hope this banning order acts as a lesson to any supporter who causes trouble on matchdays.

“I would like to remind fans that banning orders not only prevent you from watching regulated football matches in the UK for a fixed period, but they can also affect your future career prospects as they may be disclosed to potential employers through a vetting process or DBS check.”

A second Coventry City fan, Ben Thackeray, 36, also appeared before magistrates following a flashpoint after the game, which finished 5-4 to the visitors.

Thackeray, of Delamere, Bedworth, Warwickshire, was arrested for allegedly jumping on the back of a police officer to attack another man, who had been detained and was being led away by officers in handcuffs.

The offender admitted punching his victim and is due to be sentenced later this month.