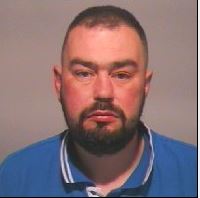 Jonathan Pearson pleaded guilty to assault, ill-treatment and neglect of a child & was jailed this week at Newcastle Crown Court

A brute who assaulted an eight-month-old baby has been jailed for two years at Newcastle Crown Court.

Jonathan Paul Pearson, 35, of no fixed abode but formerly from North Tyneside, pleaded guilty to assault, ill-treatment and neglect of a child after videos were discovered on his phone of him carrying out the sickening assault.

Pearson could be seen on one video sticking his fingers down the baby's throat, shaking him and throwing him across a bed.

The videos were discovered last year and it was reported to police. Officers arrested Pearson the same day and he was subsequently charged.

He was jailed at court yesterday (Thursday).

Detective Constable Chris Hewison of the Force's Safeguarding Department, who led the investigation said: "To think someone could hurt a baby in this way is truly unthinkable and what the child's mother has seen from the videos is something that will no doubt haunt her for the rest of her life.

"She has been incredibly brave throughout and thankfully, and most importantly, the baby is fit and well. As horrific as this case is, it could have been a lot worse.

"Understandably, this has been incredibly difficult for the baby's mother, as it would be for any parent, but she absolutely did the best thing she could have by coming forward to police."

The mother of the baby said in a statement: "I still feel physically sick when I think about what he was doing. I feel so much anger towards him and always feel on edge with the thought I might run into him some day."

Detective Constable Hewison works in the dedicated Child Abuse and Vulnerable Adult unit and deals with cases where people who can't look after themselves have been abused. He believes cases like this may go unreported and stresses that if you have concerns, or you have been a victim, to speak out.

He said: "I may deal with cases which have happened a few hours ago or cases that have happened years ago – either way – when you have been a victim, we need people to come forward and speak out against abusers.

"Thankfully the victim's mother in this case was strong enough to speak out and seek justice for her little boy and I can't stress enough that if you have been a victim of any form of abuse – recent or historic – then don't suffer in silence and talk to someone."

If you have been a victim of violence or abuse, contact police on 101, or 999 in an emergency.

For more information about domestic abuse and violence search Northumbria Police online or visit our website. All our webpages have a 'hide page' function and there is guidance on deleting your internet history.