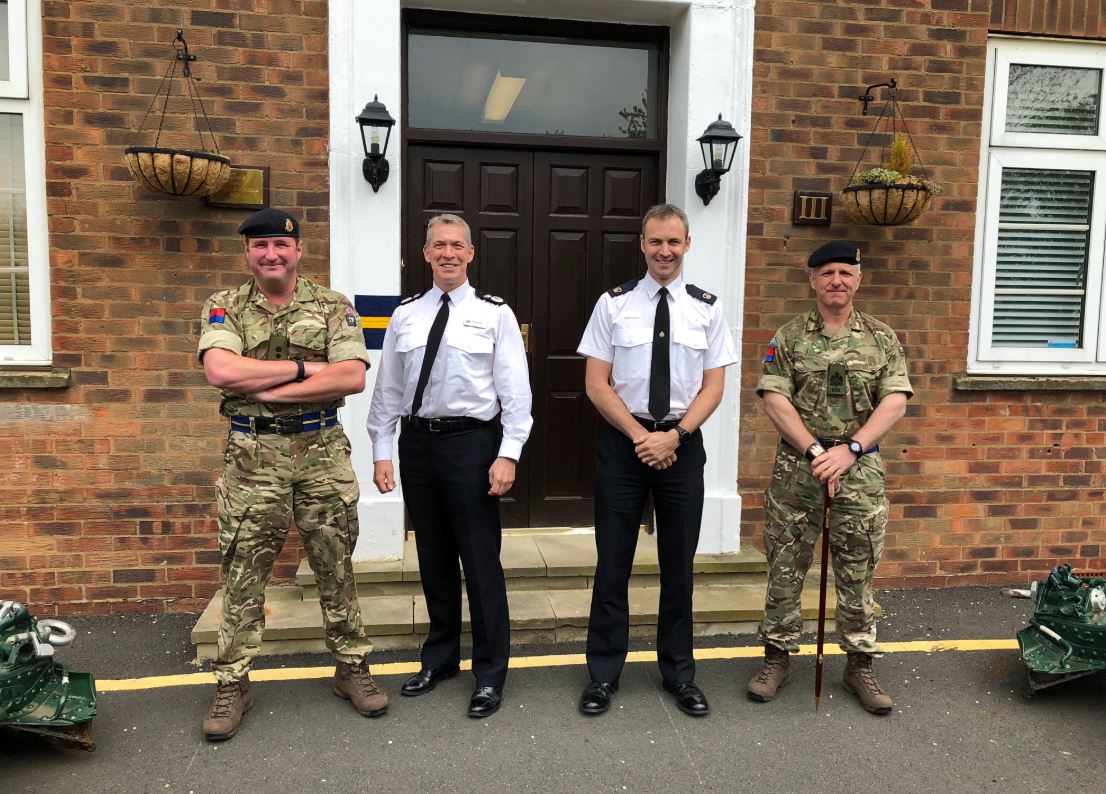 The Commanding Officer of a Northumberland military base has been thanked by police for his support - as he takes on a new role near London after a glittering 20 years in the Army.

Colonel Chris Gent was the Commanding Officer of the 3rd Regiment Royal Horse Artillery based at Albemarle Barracks in the Northumberland countryside.

The Regular Army regiment are sited in the biggest Army base in the region and provide conventional artillery support and specialist observers to the Field Army – right now they have soldiers training or deployed on operations in nine countries around the world.

Northumbria Police have worked closely with the base in recent years and even joined their military counterparts in raising money for charitable projects in the local community. Together they have been able to raise thousands of pounds, and Colonel Gent has been at the centre of those fundraising efforts.

As his time came to an end at the Barracks he was paid a visit by Northumbria Police's Chief Constable Winton Keenen who thanked him for his services to the local community.

During his tenure the Regiment he has raised thousands of pounds for the Children’s Heart Unit Fund in Newcastle, volunteered at Food Banks and homeless charities in the region, provided displays at numerous local events, and assisted in community projects such as graveyard maintenance in Prudhoe.

Chief Constable Keenen praised the outgoing Commanding Officer for his contribution to the local community.

He said: "I have known Chris for a number of years now and I am personally very sad to see him go.

"Albemarle Barracks is right at the heart of the local community and Chris has immersed himself into that during his time there.

"Northumbria Police have always had a fantastic relationship with the military and in recent years we have worked closely with them on a number of projects.

"I know that Chris has also personally spearheaded a number of fundraising projects and that has seen thousands of pounds raised for charity over the years.

"It was a real honour for me to be able to be there in person to wish Chris well and express our appreciation for all that he has done.”

Colonel Gent said “We are fortunate to receive such strong support for the Regiment and our Armed Forces as a whole from the wonderful Northumberland community and are proud to be able to give something back.

“Our relationship with Northumbria Police has been superb – we have routinely come together to share ideas on key issues such as leadership, values, and societal issues that might affect our soldiers.”