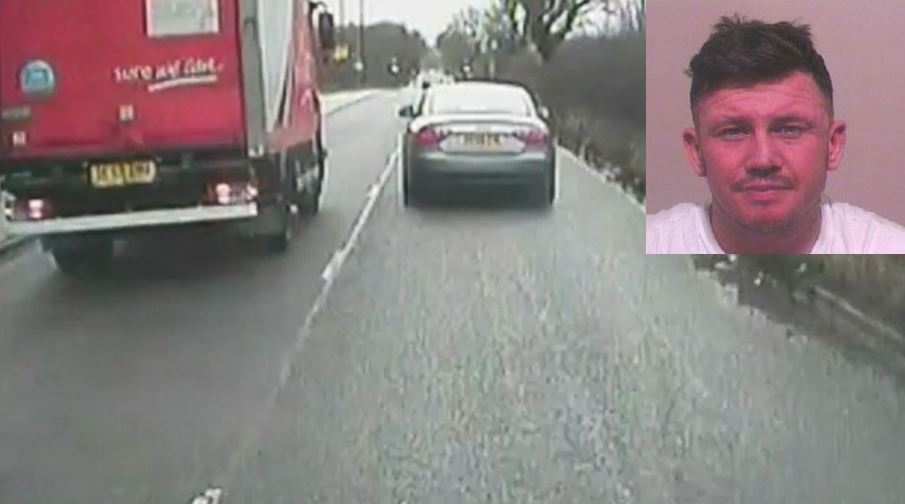 Callum Lough, 28, passed through a 20mph zone near a primary school in Washington at a staggering 58mph.

A driver who caused chaos in Washington during a terrifying nine-minute pursuit has been banned from the roads.

Callum Lough, 28, jumped red lights and narrowly avoided collision with other motorists as he desperately attempted to evade police on the afternoon of January 9 this year.

Behind the wheel of an Audi A5, Lough refused to stop for officers and instead raced along residential streets in an erratic bid for freedom – passing through a 20mph zone near a local primary school at a staggering 58mph.

Lough later made off on foot – leaving the car in ‘drive mode’, which resulted in it rolling and smashing into other parked vehicles.

On Friday (May 31), Lough, of Waxwing, Washington, was sentenced to eight months imprisonment, suspended for 12 months, at Newcastle Crown Court.

He was also banned from driving for three years, ordered to carry out 240 hours of unpaid work, and fined £615.

PC David Richardson, of Northumbria Police, said: “It is sheer luck that Callum Lough’s actions that day did not result in serious injury or even a fatality.

“After failing to stop for police, Lough put the lives of others in his own hands by overtaking vehicles on the wrong side of the carriageway, ignoring red lights and speeding through built-up areas with little regard for those who lived there.

“This was not an instinctive act or a moment of madness. Lough continued to try to evade police for nine minutes, before he made one final bid for freedom by jumping out of his vehicle and hiding in the home of a relative.

“His actions were dangerous, erratic and wholly irresponsible. It is clear that Lough cannot be trusted to use our roads in a safe and respectable manner.

“We make no apology for our zero-tolerance approach to this kind of criminality. We will continue to take robust action against anybody who breaks the law and endangers others while behind the wheel of a car.”

The court was told that shortly after 2.10pm on January 9, police conducted checks on a grey Audi which showed as no registered keeper, so subsequently requested the driver to stop.

However, Lough – the sole occupant of the vehicle – sped off from police in a dangerous nine-minute pursuit that saw him ignore ‘keep left’ arrows, overtake cars on the wrong side of the carriageway and contravene red lights on numerous occasions.

During the pursuit, Lough raced through a 20mph zone near John F Kennedy Primary School at almost three times the legal limit.

After failing to escape police, Lough abandoned his vehicle in the Dilston Close area of Oxclose, but left it in ‘drive mode’ – which resulted in it rolling forward and colliding with other cars parked in the street.

Officers later found Lough hiding in the bathroom of a nearby address which belonged to a relative.

Lough, banned from driving until 2021 following a motoring conviction last year, refused to cooperate with police in interview and refused to answer any questions.

However, with the weight of evidence against him overwhelming, Lough admitted charges of dangerous driving, driving whilst disqualified, failing to stop for police and driving without insurance.

Last week, he was handed a suspended sentence and saw his driving ban extended.