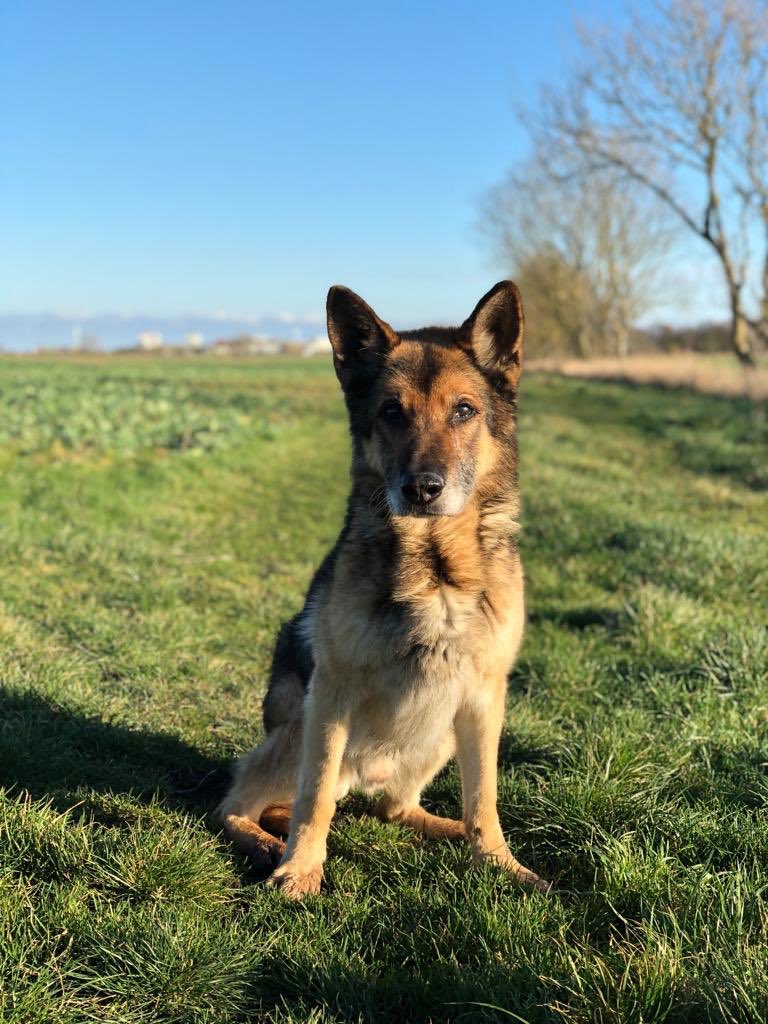 A dog handler has paid tribute to his retired K9 after the crime-fighting pooch sadly passed away this week - more than 15 years after the pair met.

Buster was just eight-weeks-old when he was taken on by dog handler Dave Heywood as Northumbria Police's newest intake of pups in 2004.

The German Shepherd was the only one out of the litter of eight to pass his training and be taken on by the Force as a general purpose dog.

He was responsible for tracking down criminals, finding vulnerable missing people and sniffing out vital evidence for investigations.

On his very first night shift he chased down a burglar while in other notable jobs he tracked down two murder suspects and located a vulnerable missing girl in dense woodland.

PD Buster retired in 2010 and lived out his life with Dave's wife, teenage daughter and three other former police dogs at his home in Blyth.

And despite being the only one of his litter to be taken on by the Force in 2004, he was the last survivor when he was put down by a vet on Tuesday at the grand old age of 15.

Dave, who retired from policing himself last September, has revealed that Buster was fighting to protect him right up until he took his final breath.

The 54-year-old said: “Buster was a very courageous and determined dog and I think that is what kept him going so long. He was loyal and loving his whole life and was always willing to have a go and to protect me from danger.

“Even at the last, when he was about to be put down, he had a go at the vet because he wanted to protect me.

“It is very tough to lose him as he is the only dog I have had since they were just a baby, the others have always been donated to me.

“It never gets any easier but it has been particularly hard with him. He was a one man dog and I was the only one who could handle him and he stuck with me right to the end.”

All police dogs spend their days outside in a kennel but when Buster retired he was able to come inside and spend his days in front of the fire.

But he was not alone and had a great relationship with Dave's other dogs including German Shepherd Monty, Cocker Spaniel Teddy and black Labrador Fozzy.

They were all former police dogs at some point in life but only Monty and Buster were successful in passing their training and working as K9s.

Dave, who served in the police between 1989 and 2018, said that Buster had a great nose and that nothing he came across would faze him.

He said: “He had a good nose and most of his work was finding missing people and stolen goods but on his very last shift he did manage to trace two murder suspects.

“I took him to a derby when he was just a pup and he was trying to have a go then, it didn’t faze him, and that is the kind of dog he was."