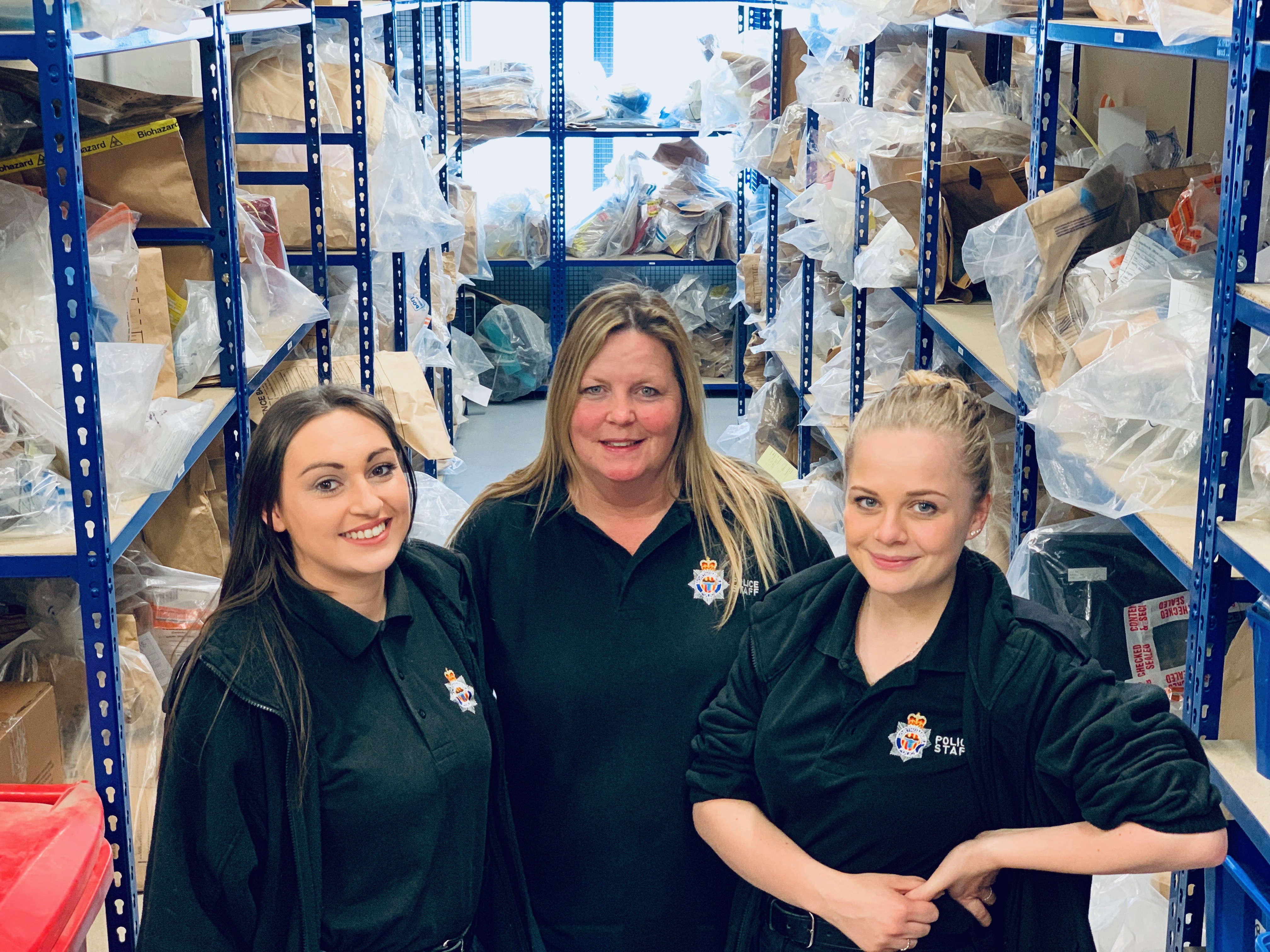 From handling the smallest strand of hair to returning treasured items to victims of crime- meet our property team!

From handling the smallest strand of hair to returning treasured items to victims of crime – meet some of the people responsible for evidence in Northumbria Police.

Whenever a crime is committed there is evidence to be processed – that’s where the property teams across Northumbria come in.

They are responsible for handling, managing and disposing of all evidence that comes through the Force including drugs, firearms, money and anything else seized as part of an investigation.

Tina Shepherd has worked with the Force for more than six years and is currently a member of the property team based in Newcastle city centre.

She said: “We get seizures of all shapes and sizes; anything from a tiny strand of hair, drugs, guns and even historic remains.

“Everything we get has to be put on the system and logged – we get hundreds of new items a week at our station alone – but that’s just a small part of our role.

“We also have to carry out audits to make sure all items are accounted for, we manage proceeds of crime, ensure evidence is ready for court, and send items away for testing then, when the time comes, dispose of items that are no longer needed.

“It can be very intense as one mistake could cost us an investigation so we always have to be at the top of our game.”

Natalia Faetz, who joined the property team in October 2017, said: “A large part of our role is ensuring victims of crime are reunited with their items – whether it is priceless jewellery, treasured photo albums or other items of sentimental value. This often takes a bit of detective work from ourselves as we can help track down potential owners in the hope of returning property to their rightful owners.”

Laura Milne, the newest member of the city centre team, said how challenging the role can be but why the job satisfaction she gets from it makes it all worth it.

She said: “It can be really tough sometimes, you deal with very difficult investigations and see some horrific things as part of that. We have a great team here and we’re all really supportive of each other which is a big help, and making sure evidence gets to court and knowing an offender is being convicted as a result is very rewarding.”