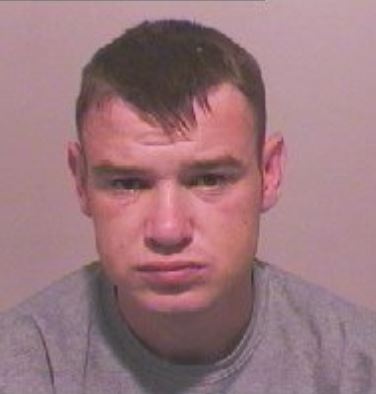 The order is the first of its kind to be issued in the city which requires Phillip Anderson, 31, to actively tackle his alcohol addiction

A prolific offender with a history of drunk and disorderly behaviour in Sunderland has been handed a landmark court order.

Phillip Anderson, 31, has been handed a Criminal Behaviour Order (CBO) which contains a positive behavioural requirement to actively tackle his alcohol addiction.

The order is the first of its kind to be issued in Sunderland, and will see Anderson attend regular appointments and complete a comprehensive programme in a bid to halt his offending.

Anderson is also banned from setting foot in certain areas of the city until 2022 after he serves his custodial sentence and must adhere to a strict curfew from 7pm until 7am each day.

PC Peter Baker, of Northumbria Police, welcomed the order and admitted Anderson has been a drain on police resources for a number of years.

“Phillip Anderson’s offending has been frequent and widespread, and quite often his behaviour has been intrinsically linked with his alcohol abuse,” PC Baker said.

“He has shown unacceptable levels of violence towards others when under the influence of alcohol, and his spiralling conduct has been a real concern for his family and police.

“This is a final opportunity for Anderson to clean up his act and get his life back on track, and the conditions of this order mean he is obliged to engage with a dedicated service that can help him overcome his substance misuse.

“By putting strict conditions on Anderson, as well as encouraging the positive behavioural aspect of this order, we hope to restrict his behaviour and protect residents affected by his actions.

“If we do find that Anderson has ignored any of the conditions of this order, we will not hesitate to arrest him and put him back in front of the courts, who will then have greater powers to deal with him.”

Anderson, of Rutherglen Road, Redhouse, received the three-year order after appearing before at Newcastle Crown Court on April 9 charged with possession of a bladed article, breach of a restraining order and two counts of theft.

The court was told Anderson had entered an address on Pilgrim Close on October 31 last year, which was in breach of a restraining order. He pursued to take a knife from the property before going to steal alcohol from a local shop.

Last month, he was jailed for one year and five months.

The conditions of his CBO, which also prevents him from entering Pilgrim Close in Southwick, Cramlington Square in Hylton Castle, and Robertson Square in Redhouse, come into effect immediately.

He is also banned from using threatening, intimidating, insulting or abusive behaviour in any public place, being drunk or disorderly, and causing nuisance, disruption or annoyance to neighbouring residents on Rutherglen Road.