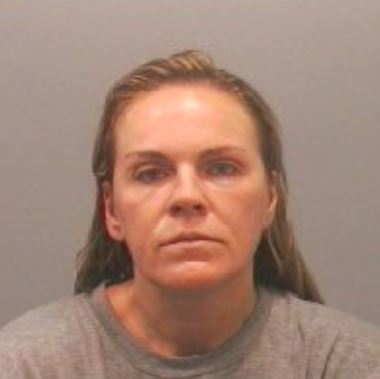 A mother who stabbed her husband to death after he refused to let her leave the house to go and buy a bottle of wine has today been convicted of manslaughter.

Karine Atay, 42, was found guilty by a jury at Newcastle Crown Court today after stabbing her husband Atakan Atay, 45, in the heart following a row in their home.

The businessman died from the single stab wound to his chest following the argument at the address on Jasmine Terrace in Birtley on October 18 last year.

When paramedics and police arrived at the scene to try and save his life, Karine Atay claimed that someone else had been in the house and attacked her husband.

She then claimed that she had overheard her husband having a fight with someone and that he had "enemies".

Atay later changed her account when speaking to detectives and suggested that there had been a physical struggle between the pair and that she was assaulted as she tried to escape.

She told them she couldn’t remember how Atakan had been stabbed.

In court she claimed there was a level of abuse throughout their relationship, saying Atakan had stopped her from leaving the house, was verbally and physically abusive and that she was a victim of coercive and controlling behaviour.

But prosecutors refuted those claims in court and told the jury that she had exaggerated what had happened during their 20-year marriage in a bid to escape being convicted of killing Atakan.

Earlier this week the trial concluded and the jury were sent out to consider their verdict. Today they cleared Karine Atay, of Jasmine Terrace, Birtley, of murder.

However, they did find her guilty of a lesser charge of manslaughter and she was remanded in custody to be sentenced at a later date.

In a statement, Atakan’s family said he was the “apple of our family” and a “doting father” to his two children.

It read: “Words cannot express the huge loss and pain that Atakan’s tragic passing has caused to our family.

“He was made a victim because of his compassion and being a good person. He always wanted to do the right thing and that has cost him his life.

“We are all going to carry the pain of that knife in our hearts all through our lives. Every knife we see will remind us of the pain it gave to his beautiful heart.

“Atakan and his family have been obliterated by a cruel person in a split second. He fought all of his life to keep the family together but now England is a grave for all of us.

“He was the apple of our family, a gentleman, a doting father and a beloved brother. We feel ashamed of every breath we take knowing that he is not here.

“Karine, we don’t know how you will be able to live with yourself when we are struggling to get through our own lives with such pain.

“We can never forgive you for the damage you have done to this family. Our hearts have been broken forever.

Northumbria Police's Detective Chief Inspector, Sharon Chatterton, was the senior investigating officer on the case and said that it was a "tragic case" for everyone involved.

She said: "We have worked closely with the family since Atakan's death and I have witnessed first-hand the devastation it has caused for everyone.

"It is a tragic case that has left two young children without a father and with a mother who will now spend time behind bars.

"Atakan was described to us as a kind and loyal man who, along with his family, experienced some very difficult times.

“This included his daughter losing her fight to cancer in 2010, his father passing away and Atakan himself suffering from some serious health matters.

"I cannot even begin to imagine how difficult the loss of Sophie would have been for the family but it is clear that Karine and Atakan struggled in the years after Sophie's death.

"Karine’s alcohol consumption increased and she ended up with convictions for drink-driving and assault.

"Atakan remained in the relationship and supported her for the sake of their marriage and for their children; for that he has lost his life.

"Karine attempted to paint a picture of Atakan as a controlling and violent husband but we believe this has been greatly exaggerated to excuse her behaviour, win sympathy and avoid a conviction.”