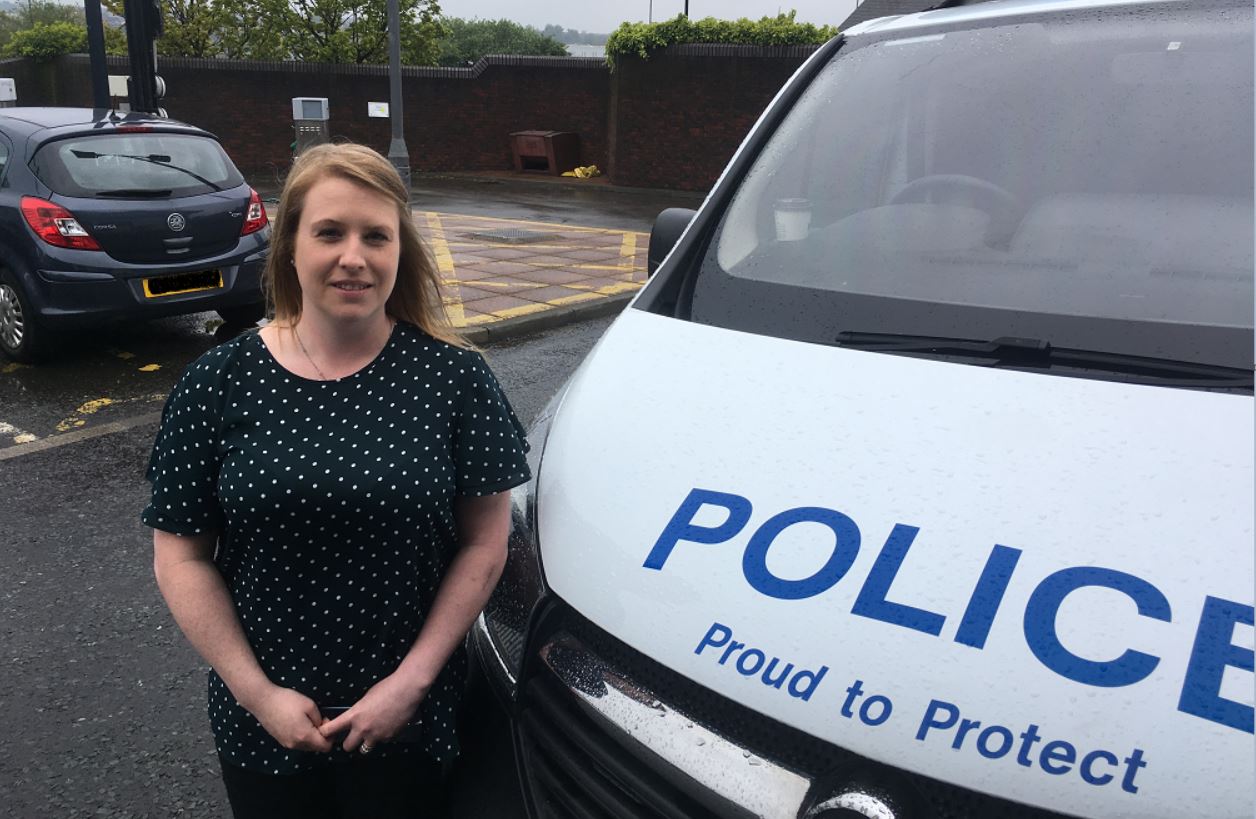 A newly-qualified detective will take to the skies to raise awareness of mental health.

Detective Constable Lauren Urwin, 34, has vowed to jump out of an aircraft at 18,000 feet this summer in aid of mental health charity Mind.

DC Urwin knows first-hand how debilitating living with mental health issues can be after she was diagnosed with post-natal depression and anxiety last year.

With the support of her family, friends and colleagues at Northumbria Police, DC Urwin managed to overcome her illness and last month completed the Initial Crime Investigators’ Development Programme to become a fully-qualified detective.

Now, to mark Mental Health Awareness Week, she hopes her story can encourage others battling mental health to speak out and seek support.

“In November 2016, I gave birth to my second child and from very early on I struggled with the transition between having one child and two,” said DC Urwin, who joined the Force in 2008.

“I thought the feelings I had were normal so just got one with it, but soon I started to think I was the worst mother in the world because I felt as though I couldn’t cope with my own children.

“I was constantly breaking down; the feelings were relentless and did not get easier. I looked up post-natal depression a few times but didn’t want to admit it – I just carried on and didn’t tell anyone.

“But things got worse, and although I knew I was so lucky to have two beautiful children, a loving husband, great family and friends and a nice home, I did not want to be here. It was a battle to get up each morning and face the day.

“When I returned to work in January last year after maternity leave, I became so much worse. At my lowest, I suffered significant memory loss and could barely speak without breaking down.

“I’m an organised person, but I couldn’t even write a simple shopping list. My concentration levels were very poor and my confidence was rock-bottom. One day, I put my baby in the car to go somewhere and ended up somewhere completely different, with no recollection how I’d got there.

“I knew at that point I needed to seek help. I couldn’t hide it anymore.”

DC Urwin sought medical help and was diagnosed with post-natal depression and anxiety. She was subsequently prescribed medication and underwent counselling to try and overcome her mental health crisis.

It helped – and she says it was the incredible support shown by her family, friends and colleagues in the Force that helped her open up about the condition and talk freely about the challenges she was facing.

“I found that talking about my feelings, being very open about my mental health and not trying to hide was vital,” DC Urwin said. “I gradually built my confidence back up.

"I joined Northumbria Police after university, I always wanted to be able to help people and make a difference.

"I always knew I wanted to be a detective. My dad was a detective at Gateshead for 27 years and I grew up listening to his stories from work.

“I can’t quite believe it and if someone had told me last year that I’d be sat here today, qualified after the struggles I had with my depression, I wouldn’t have believed it.

“I hope my story raises awareness and shows that there is a light at the end of the tunnel. Mental health is nothing to be ashamed of and there is help available.

“I am very passionate about people being able to talk openly about mental health issues, without being worried about the stigma attached talking about it certainly helped me”

On August 25, DC Urwin will travel to Peterlee and take part in a sky dive to raise funds for mental health charity Mind.

You can support her by visiting https://www.justgiving.com/fundraising/lauren-urwin1.