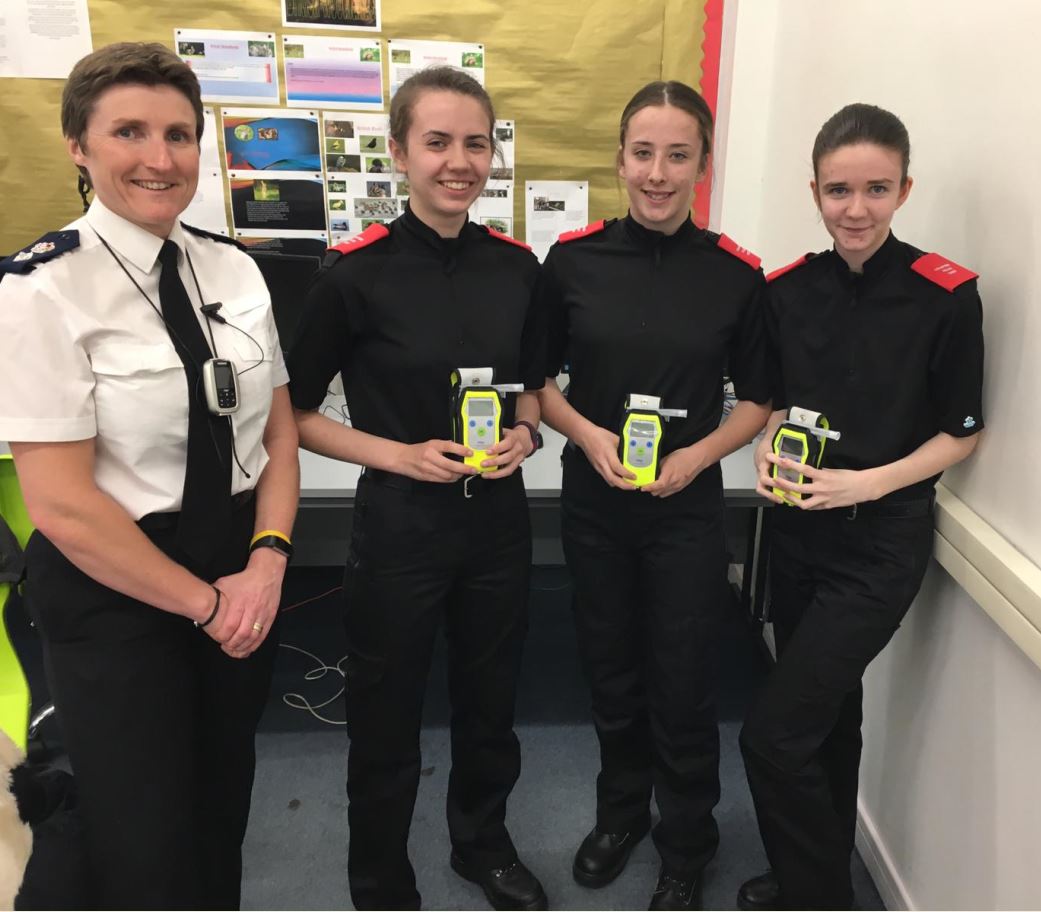 Cadets in South Shields were the first to be shown the self-testing devices, which have been donated by Tyneside-based Draeger UK & Ireland

Officers have received a special delivery to help educate teenage volunteers about the dangers of drink-driving.

The breathalysers will be used by the Force’s dedicated tutors to educate volunteer cadets and mini police about the potentially fatal consequences of driving while under the influence of alcohol.

This week, volunteer cadets in South Shields were the first to be shown the self-testing devices, which will used as an educational tool and not for evidential purposes.

Chief Superintendent Sarah Pitt, lead for volunteers at Northumbria Police, says the donation will help officers highlight the seriousness of drink-driving to young people from an early age.

Ch Supt Pitt said: “The reality is that anyone who gets behind the wheel whilst under the influence of drink or drugs is putting the lives of innocent people at risk.

“We have a zero tolerance for this type of offending, and that’s why it’s important as a Force that we educate young people in our community from an early age about the potential impact and consequences of such criminal behaviour.

“Our cadets play a crucial role in helping us to engage with our communities and police important issues, so this generous donation by Draeger will help to make sure our messages about drink-driving are heard loud and clear.”

Ch Supt Pitt recently visited the company’s Blyth headquarters to collect the breathalysers and find out more about their work.

Mike Norris, managing director of Draeger UK & Ireland, said: “We are delighted to be able to donate these breathalysers to Northumbria Police and hope they can be used to educate young people across the region about this important issue.

“Drink-driving can have truly horrendous consequences for victims and their families, and we fully support the police’s robust response in dealing with this.

“We hope that these devices give the police cadets a greater understanding of the effects of drink-driving, particularly how people can still be over the legal limit on the morning after a night out.”