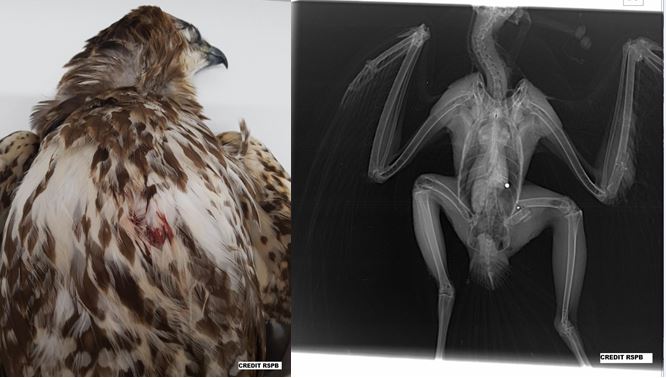 Police investigation launched after birds of prey shot in Northumberland

Officers are investigating after two separate reports of buzzards being shot and killed in the Hexham area.

One incident occurred on April 25, in Steel, Hexham where enquiries established the bird had been shot and injured. It was taken to a Wildlife Sanctuary and subsequently examined by a local vet where it had to be put to sleep.

The second occurred on May 14, in Blanchland, Hexham where the bird was found dead near the river Derwent.

“The persecution of birds of prey like buzzards is quite rightly an emotive issue and I want reassure the public that we take it very seriously.

"It is a criminal offence and, where possible, we will always look to identify offenders and put them before the courts.

"Enquiries into these incidents are ongoing and we are working with partners to identify suspects. I would ask anyone who has any information to get in touch with us.”

Jenny Shelton from the RSPB’s Investigations team said: “Buzzards are beautiful birds which bring pleasure to many and are a crucial part of our natural landscapes and ecosystems. All birds of prey are protected by law under the Wildlife and Countryside Act 1981. Yet buzzards, peregrines, red kites and other birds of prey are being illegally killed in Northumberland, and other upland areas in the UK.”

Anyone who has information that may assist police should contact officers on 101 quoting log 722 14/05/19 or report it online at www.northumbria.police.uk

Anyone wishing to convey information in confidence can call the Raptor Crime Hotline on 0300 999 0101, which has been set up for those within the shooting community who wish to speak out about raptor persecution.