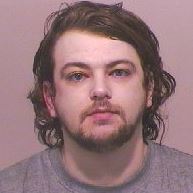 A serial sex offender has been jailed after he was caught in a sting by undercover officers.

Colin Lowrie, of Commerical Road in South Shields was still on licence from a previous custodial sentence when he preyed on a 13-year-old girl he met on Tagged.

Despite being told repeatedly the account he was contacting belonged to a child, Lowrie continued to bombard the user with his explicit conversations, completely unaware the person at the other end was in fact an undercover officer tasked with carrying out a covert operation.

Lowrie, who has previous convictions for sexually assaulting a 13-year-old and inciting a 15-year-old girl to send him illicit photographs was arrested by an officer from Northumbria Police on February 2, at his home address.

He appeared at Newcastle Crown Court on Thursday, May 9 where he was sentenced to 20 months imprisonment, a 10 year sexual harm prevention order and 10 years on the sex offenders’ register.

Following the case, Detective Constable Jane Marley from Northumbria Police’s Paedophile Online Investigation Team (POLIT) said: “Following a thorough investigation carried out by ourselves and our colleagues from the North East Specialist Operations Unit (NERSOU) we managed to catch a dangerous offender in the act.

“Despite being told a number of times he was talking to a child, Lowrie persisted and was unfazed by the fact the person he was sending explicit messages to was a 13-year-old girl – or so he thought.

“We are pleased with the result and happy to see another offender behind bars where he is no longer a danger to young, vulnerable people.”