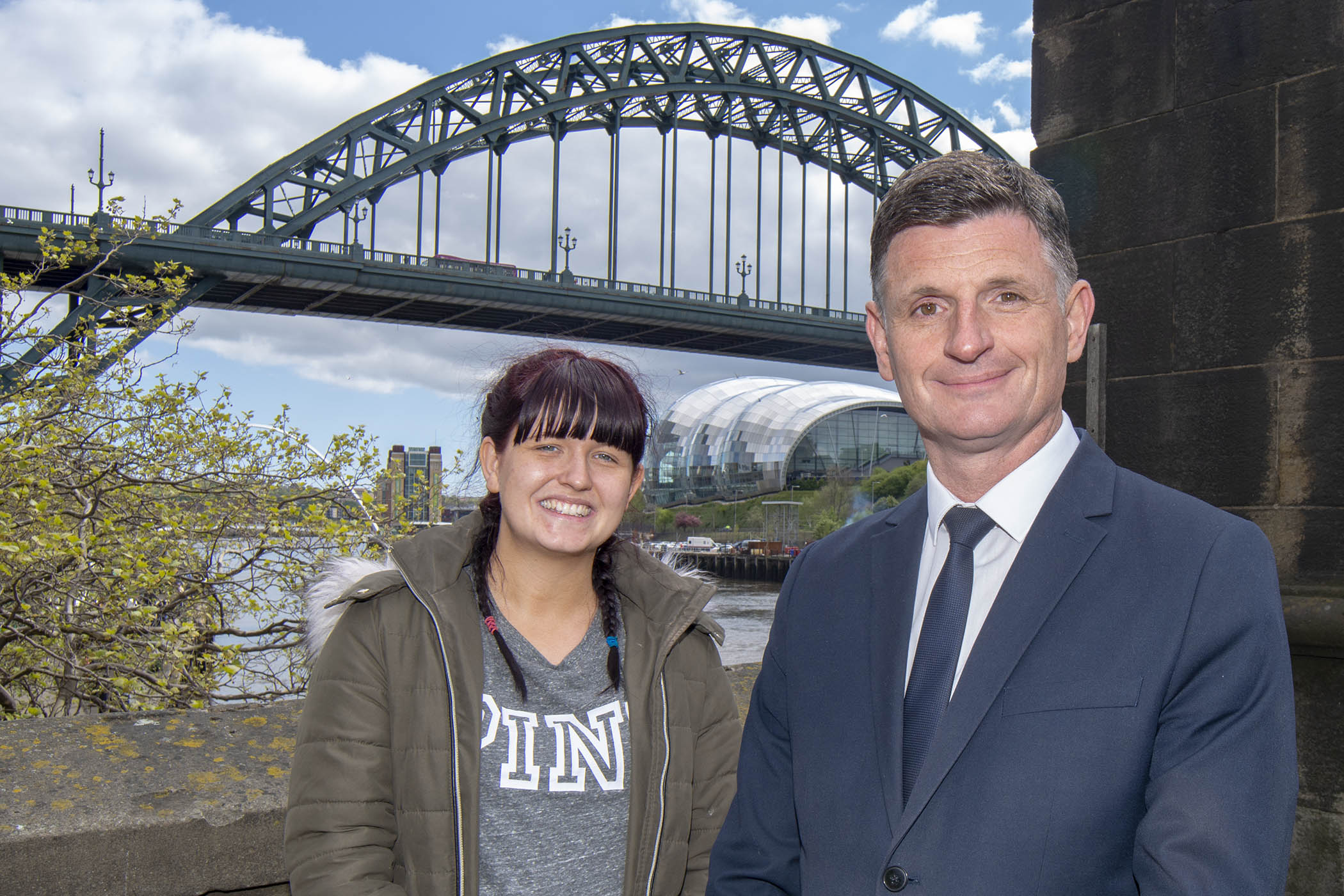 Det Sgt Fordy had been driving his car across the Tyne Bridge when he spotted a man who was visibly upset. He continued driving but kept an eye on the man and soon became concerned for his welfare when him climb onto the railings and put himself in danger.

Immediately, he pulled the car over and rushed to the man’s aid. He was soon joined by motorist Lauren Boyle, who also came to offer her assistance.

Det Sgt Fordy said: “As an officer you are trained to spot when people need your help whether they are victims of crime who need assistance or vulnerable people in need of some support.

“Within the Force we have done a lot of work around raising awareness of mental health and highlighting that it is OK not to be OK and understanding that people can suffer with their mental health just as much as they can with their physical health.

“It is a terrible thing to see someone who is in such distress that they believe they have no way out. I just had a gut feeling something wasn’t right so I kept an eye out and when I saw him climb on to the wall I knew I had to act fast.

“Luckily, I was able to engage and have a conversation with the man and after a few minutes, I managed to persuade him to come down to safety and we sat chatting on the bridge.

“I like to think that anyone else in my position would have done exactly the same.”

Lauren said: "I was just driving past and saw Shaun and the other man. I  went over to help because all I could think of was that if that was my son I would hope that someone would pull over and help him.

“It doesn't take much to stop and ask if someone is OK but it can mean so much to the other person."

Anyone with concerns about mental health can search Northumberland Tyne and Wear Foundation Trust (NTW) Mental Health for help and advice.

NTW also has a range of self-help guides that are available online in a range of formats at www.ntw.nhs.uk/selfhelp.

Anyone with concerns about mental health can search NTW Mental Health for help and advice.

If you or someone else has been harmed or is at immediate risk you should call 999 as you may require an emergency response.