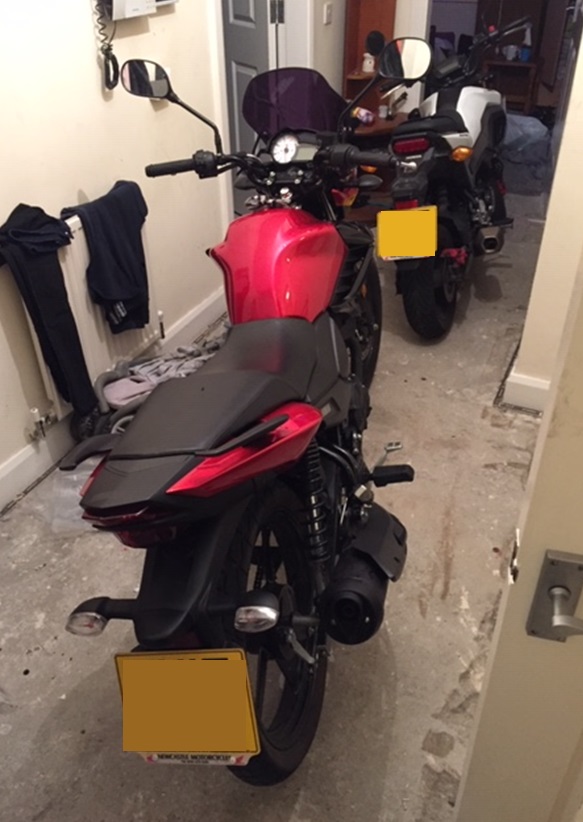 Three suspected motorcycle thieves have been arrested after great teamwork between the police helicopter and officers on the ground.

At about 1.40am on Thursday morning police on patrol in Gosforth saw two males heading out of the city on a suspected stolen motorcycle on the Great North Road.

They signalled for them to stop but they made off from police in the direction of Jubilee Road.

The National Police Air Service (NPAS) helicopter was already in the area and tracked the bike into a block of flats at Jubilee Court.

Officers in the helicopter helped direct police on the ground to the hiding place of the suspected thieves.

Two 16-year-old males were arrested and officers then forced entry to one of the flats in Jubilee Court.

A third man, aged 20, was also found inside the property and he was arrested on suspicion of theft of a motor vehicle. A 23-year-old woman was also arrested for handling stolen goods.

Detective Sergeant Craig Brown, who oversees the work of the specialist motorcycle task force, said it was a fantastic example of teamwork.

He said: “We have not shied away from the fact that we are investigating a number of reports of motorcycle thieves committing crime in our region.

“These individuals are stealing as many bikes as they can and then using them to commit robberies across our Force area.

“This is not just anti-social behaviour and these offenders are often part of sophisticated, organised crime gangs.

“This task force has been in place for a number of months and we are having some great successes but they aren’t possible without the support of our colleagues.

“In this instance there was some great examples of teamwork between the officers in the helicopter and the patrols on the ground.

“The result is that we have made three significant arrests and seized a haul of suspected stolen property.

“However, we still need the support of the local community and if you have information about this type of criminality then we would ask you to get in touch.”

The specialist motorcycle taskforce covers Newcastle and Gateshead and are made up of a number of experienced and specialist officers based at Etal Lane Police Station.