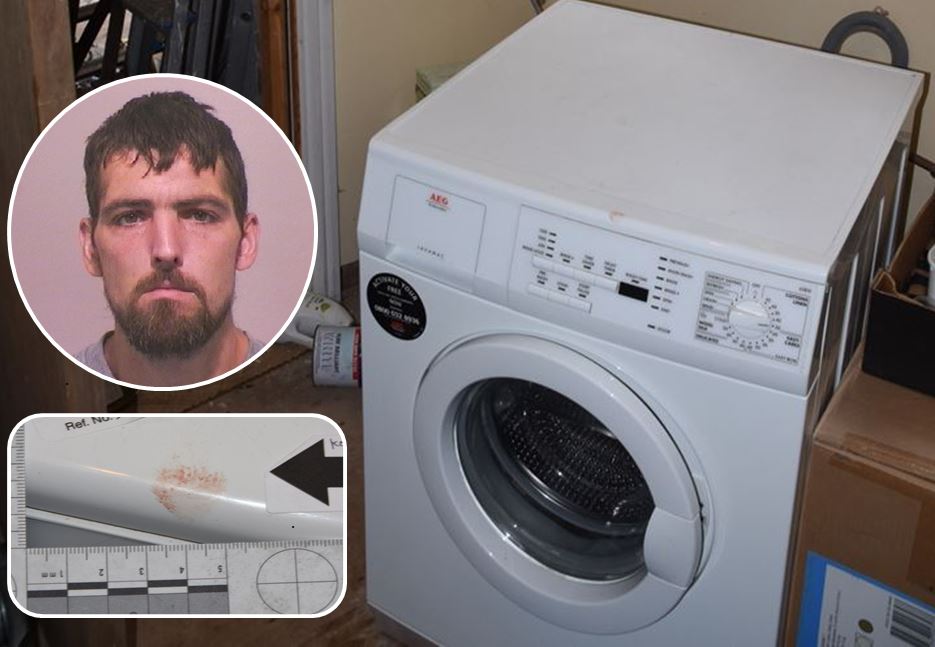 'Another victory for forensics': Reckless raider who left blood smeared at his own crime scene is brought to justice

In his haste to flee the scene, Hepplewhite, 33, failed to notice the blood smear that he had left for police

A reckless raider who left blood smeared at his own crime scene has been brought to justice.

Lee Hepplewhite, 33, initially refuted the suggestion that he had been involved in the burglary at North Marine Lodge in South Shields earlier this year.

But when crime scene investigators spotted a small swab of blood on a washing machine inside the property, the devious offender’s luck began to run out.

After smashing his way into the garage shortly after 3.30am on July 2, Hepplewhite inadvertently cut his hand – and then became spooked as a resident heard the commotion and rushed out of bed.

But in his haste to get away, Hepplewhite failed to notice the blood smear that he had left for police – and that proved the key as forensic experts seized the sample and proved it belonged to the defendant.

With the weight of evidence against him overwhelming, Hepplewhite admitted burglary at a Newcastle Crown Court hearing this month and was jailed for nearly two-and-a-half years.

Detective Constable Neil Swainston, of Northumbria Police, said: “This is yet another case that highlights how forensics and scientific advancements are helping us identify, convict and subsequently take burglars off the streets of Sunderland and South Tyneside.

“The tiniest trace of blood, saliva, bodily fluid or fingerprint can now be detected by our fantastic crime scene investigators and used as irrefutable evidence to prove a person’s guilt in court.

“Hepplewhite is the latest in a line of raiders who have been convicted this year, and he will now spend the foreseeable future behind bars as a result of his selfish actions.

“We do not tire in bringing burglars to justice – it is such an intrusive crime that can have a long-lasting effect on not only the victims themselves, but the wider community as a whole who can grow increasingly anxious and frightened in their own home.

“That’s why it’s so important to show that cynical offenders like Hepplewhite, who brazenly broke into someone’s home in a bid to steal their belongings, are being taken off our streets and dealt with robustly for their actions.”

Hepplewhite, of Hatfield Square, South Shields, pleaded guilty to burglary on November 13 and was jailed for 876 days.

Det Con Swainston added: “As we head towards Christmas, I would like to remind members of the public to please keep their doors and windows locked and make sure any valuables or gifts are kept out of sight.

“We would also ask that you take an extra moment to check any vehicles are locked and items kept out of view, to deter any opportunistic thieves. Anyone with any concerns or who sees anything suspicious is asked to call 101.”