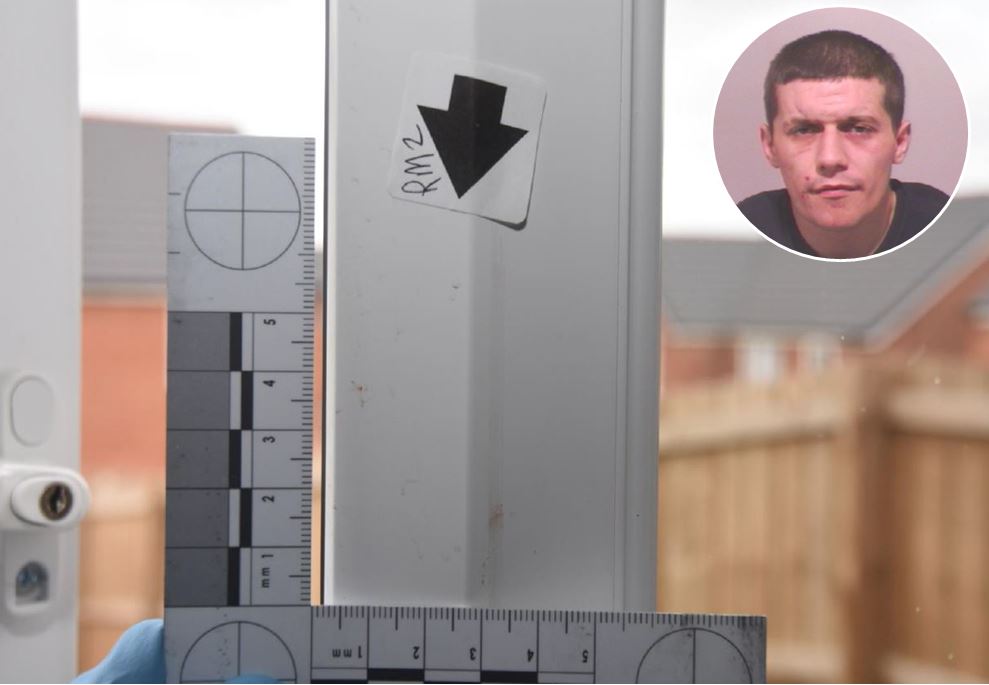 Can you see it? Tiniest drop of blood lands one bungling burglar in hot water after excellent teamwork between detectives and forensic experts

Joe Corner, 24, is the latest in a line of burglars who have been successfully convicted and taken off the streets of Sunderland & South Tyneside

The tiniest drop of blood has landed one bungling burglar in hot water.

Joe Corner, 24, smashed his way into an address on Felixstowe Road in Sunderland on the morning of August 6 this year.

After a quick search, the raider set his sights on a Honda 250cc motorbike valued at more than £3,000, along with a laptop, helmet and watch.

But Corner’s criminality was laid bare after he inadvertently cut himself at his own crime scene, leaving a small trace of blood near a window.

It was so small that it would have been easy to miss it with the naked eye, but it was enough for specialist Crime Scene Investigators to swab and send off for a forensic examination.

The trace came back as a forensic match for Corner, and the dedicated burglary team did the rest as they subsequently charged the offender with the offence.

On October 31, Corner, of Westmorland Road, Newcastle, admitted one count of burglary and was jailed for 10 months.

Detective Sergeant Michael Parnaby, of Northumbria Police’s Southern CID, said: “Joe Corner is the latest in a line of burglars who have been successfully convicted and taken off the streets of Sunderland and South Tyneside.

“We make no apology whatsoever for our tough stance against burglars, as we know crimes of this type can have a long-lasting effect on not only the victims, but the entire community as a whole.

“Corner flouted the law in order for a quick win, but his deception has now been uncovered as a result of some excellent teamwork between detectives and our forensic experts.

“As Corner begins a stretch behind bars, this case is yet another example of how advancements in forensic analysis continue to help us bring criminals to justice.

“The tiniest trace of blood, saliva, bodily fluid, hair or fingerprint can now be detected and used as evidence to prove an offender’s guilt. We will continue to work tirelessly to prevent this type of criminality, tackle burglars and bring perpetrators to justice.”

A team of dedicated burglar hunters are based at Southwick Police Station tasked with reviewing every incident that takes place across Sunderland and South Tyneside.

The detectives review prolific offenders and monitor hotspots so they can identify those responsible for burglaries in the area and prevent them from taking place.