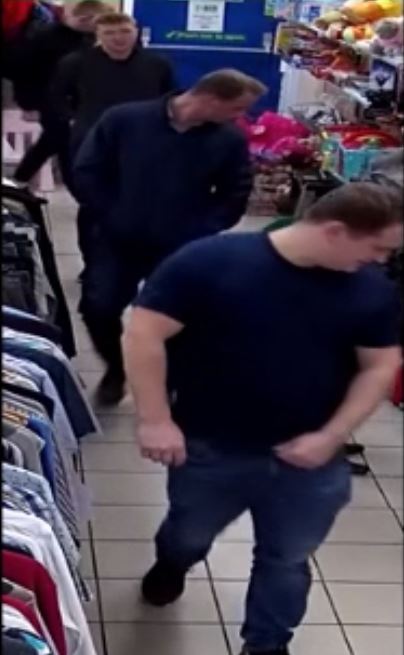 Detectives release CCTV after travelling gang steal more than £100,000 of goods in string of burglaries

Detectives are releasing CCTV as they hunt a gang of travelling thieves suspected of stealing goods worth more than £100,000.

Burglar hunters at Northumbria Police have launched an investigation after seven reports of burglaries all with very similar circumstances.

The raids have taken place over the past month with incidents in Ashington, Gosforth and Birtley.

Thieves have forced entry to the properties while the occupants have not been home and made off with a string of valuable objects and cash.

It is believed the gang responsible have travelled into the region to commit the offences before leaving in a black saloon-style vehicle.

The total value of the items and cash they have stolen is believed to be well in excess of £100,000.

An investigation to locate those responsible is ongoing but today (Thursday) police released CCTV of individuals they need to trace.

Detective Chief Inspector Paul Knox has asked anyone who recognises the men to get in touch with detectives.

He said: “This is a sophisticated and organised criminal enterprise who we believe have carefully planned these burglaries.

“They have chosen their targets and travelled into the North East to commit the offences but they will not evade capture forever.

“We are hot on their heels but we need the public to work with us and act as our eyes and ears on the ground.

“If you see these men then contact police immediately as locating them could be vital to our investigation into these burglaries.

“Large amounts of jewellery and cash has been stolen and we want to avoid anyone else falling victim to this type of offending.”

The investigation is being conducted by Northumbria Police’s Central Burglary Team, a team of dedicated burglar hunters who analyse every burglary offence across Newcastle and Gateshead.

WATCH this video and if you see these men then please call us on 101!
Play
back to top