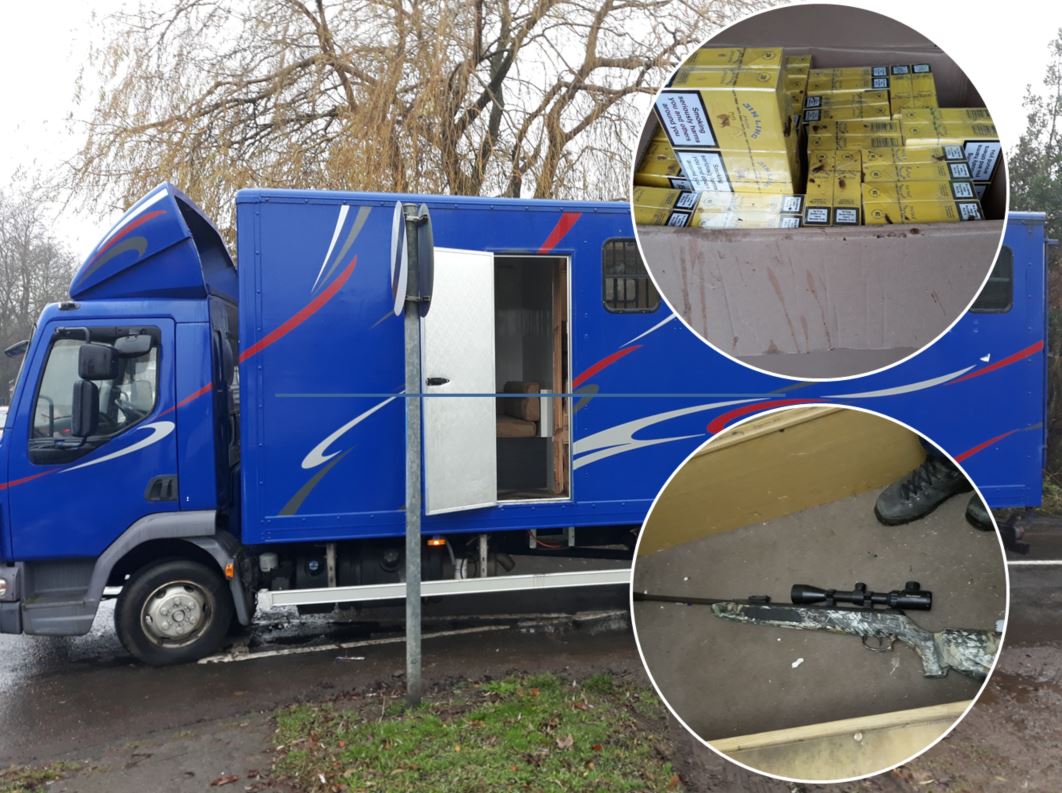 Drugs, weapons and a MILLION cigarettes have been seized after police searched a horse box during dawn raids this week.

Officers from Northumbria Police executed a warrant at a property in Winlaton on Wednesday morning as they believed there could be stolen property at the address.

During the searches they found a quantity of cannabis but also recovered hundreds of thousands of cigarettes from inside a large horse wagon.

Hundreds of thousands of cigarettes were also seized from farmland linked to the address and now police can reveal a total of a MILLION suspected illegal cigarettes were taken off the street.

An air rifle was also seized during the search along with a number of suspected stolen power tools.

The investigation has since been passed to Her Majesty’s Revenue and Customs (HMRC) who will carry out an investigation into the alleged illegal sale of cigarettes.

Today (Friday) Detective Chief Inspector Steve Byrne, of Northumbria Police’s CID, said officers would continue to do all they can to disrupt organised criminality.

He said: “This operation was the result of weeks of preparation and we are pleased to have taken these suspected illegal items off our streets.

“Often we see organised crime groups involved in this type of activity with the intention of making money so they can continue to fund their illicit activities.

“We are committed to pursuing criminals and protecting our communities as part of Operation Sentinel, which is our collaborative approach to tackling serious and organised crime.

“That work will continue but we need the help of the public to disrupt organise crime and prevent the sale of illegal drugs and goods.

“If you see any suspicious activity in your neighbourhood then pick up the phone and call us. We can work with partners to make our streets a safer place to live.”

Anyone with information about illegal activity in their neighbourhood can call police on 101, report online at the Northumbria Police website or call independent charity Crimestoppers on 0800 555 111.